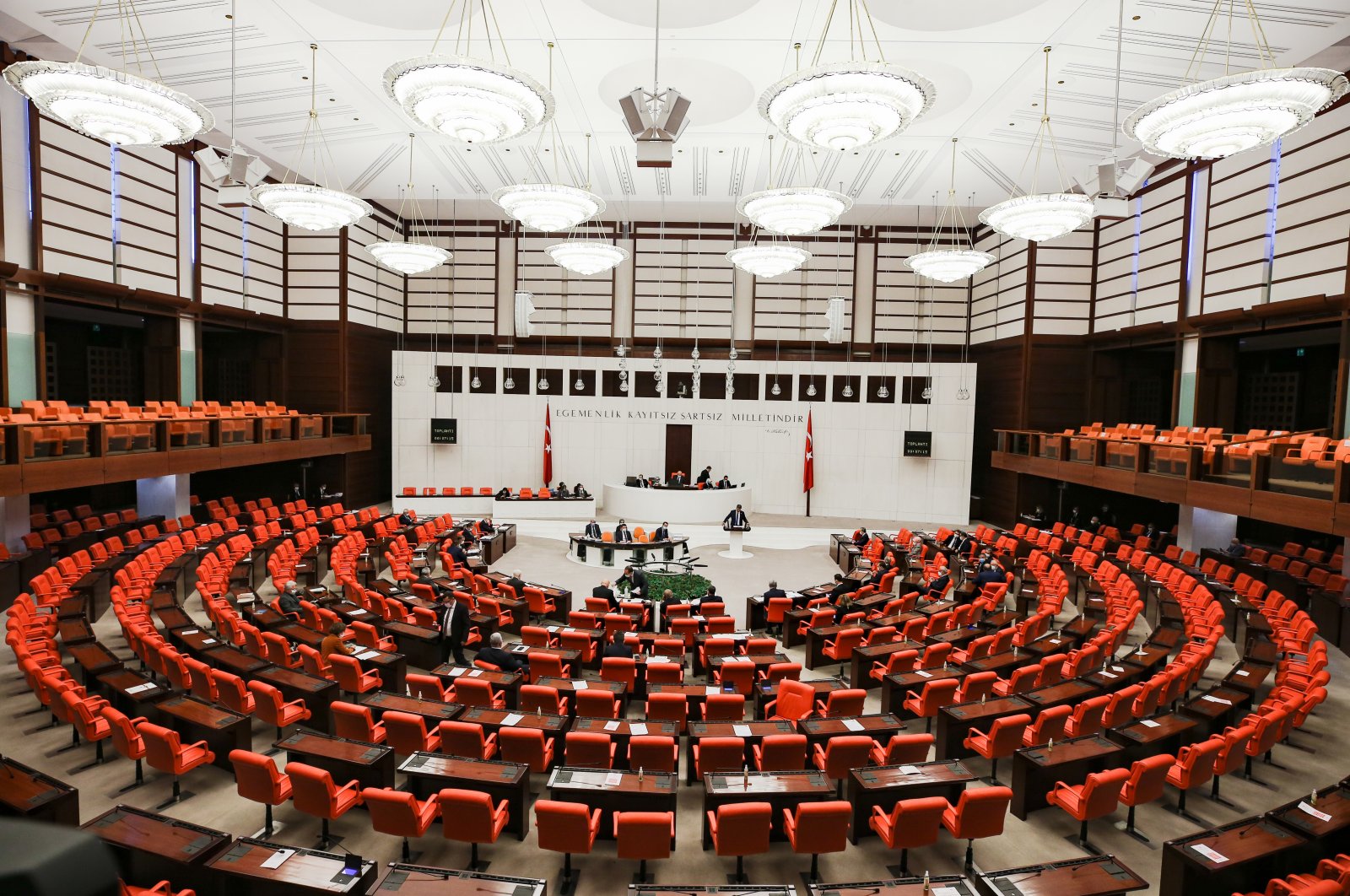 The pro-PKK Peoples' Democratic Party (HDP) is “problematic, shadowed by terrorism,” Good Party (IP) deputy chairperson Yavuz Ağıralioğlu stated Wednesday, adding that his party will approve the legal bids to lift the immunity from prosecution of some HDP deputies accused of having links to terrorist organizations.

Speaking on the police inquiry reports prepared for nine HDP deputies, Ağıralioğlu told CNN Türk: “We see the HDP as problematic, as shadowed by terrorism. Therefore, we will say ‘Yes.'”

The HDP triggered a response from its supporters following the Daesh terror group's attack in the northern Syrian city of Ain al-Arab (Kobani), resulting in mass incidents of violence in 35 provinces, 96 districts and 131 settlements on Oct. 6-8.

The police inquiry report sent to Parliament includes the accusations “disrupting the unity, integrity of the state,” “murder,” “attempted murder,” “looting” as well as “burning the flag.”

The legal bids will first be handled by a parliamentary commission which will decide whether to put them to a vote in the general assembly.

Parliament Speaker Mustafa Şentop told reporters on Thursday it was "saddening" for Parliament to have to deal with so many dossiers with such charges, including, "spreading terrorist propaganda" and "provoking hatred."

This week 33 dossiers to lift the immunity from prosecution of deputies were sent to Parliament.

The HDP has come under fire for its close links to the PKK, which is listed as a terrorist organization by Turkey, the U.S. and the EU. Members of the party have so far declined to call the PKK a "terrorist group," and have attended PKK militants' funerals, two of whom were the suicide bombers that killed tens of civilians in multiple bombings in Ankara.

Nationalist Movement Party (MHP) leader Devlet Bahçeli has frequently accused the HDP of being affiliated with the PKK terrorist organization and had demanded the party be closed over “supporting terrorism.”

The general stance of the main opposition Republican People's Party (CHP), on the other side, is that “the judiciary has become politicized and is largely under the control of the ruling party.”

The HDP in response to the accusations criticized the ruling Justice and Development Party (AK Party) for using the Gara massacre to target it politically.

Reactions toward the HDP and the PKK terrorist organization in Turkey grew after 13 Turkish citizens were killed by the terror group recently.

On Feb. 10, the Turkish Armed Forces (TSK) launched an operation in Gara, northern Iraq, designed to rescue the citizens held hostage by the PKK and its Syrian offshoot, the YPG, for six years.

However, once the operation was over, it was revealed that the PKK had executed the 13 hostages one by one in a cave.

Turkish prosecutors on Sunday launched a probe into HDP deputy, Dirayet Dilan Taşdemir who had traveled to Gara, after Interior Minister Süleyman Soylu announced Taşdemir’s “visit” during a TV interview.