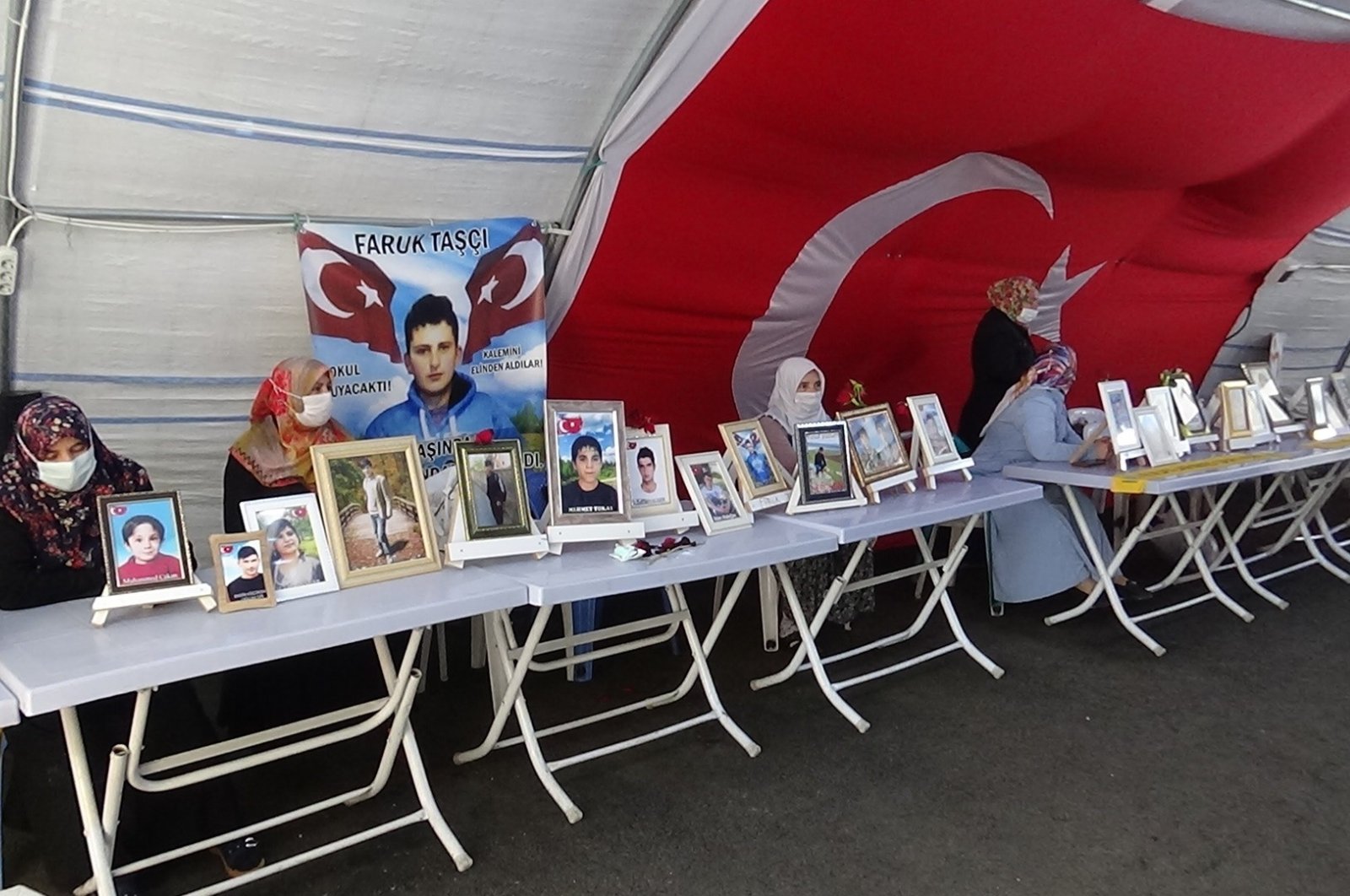 A former member of the PKK terrorist group has revealed the group's use of propaganda to recruit people, and how he was "deceived" into joining the group and regrets doing so now.

The former terrorist, identified with the initials M.A., told the Anadolu Agency (AA) that he joined the PKK around 2014 when the terrorist group was fighting to seize Ain al-Arab (also known as Kobani) in northern Syria from the Daesh terrorist group and incite armed violence in Turkey.

That October, the PKK and its political extensions and supporters used Ain al-Arab as a pretext to sow discord and bloodshed in Turkey.

"Some of my friends got caught. One of my friends went to the office of Peoples' Democratic Party (HDP) to ask about the others who got caught," he added, referring to a political party now facing possible closure over its reported ties to terrorists.

This contact with the HDP led him to PKK members hiding out in the countryside, said M.A.

"With intense propaganda, people were prepared to be sent to the rural ranks of the (PKK) organization. So I decided to participate, impressed by the events of Kobani," he added.

Recalling how he was sent to Syria illegally, joined the terrorist group, and received arms and ideological training, M.A. said he was a so-called "team commander" before he was appointed a bodyguard to Muzaffer Ayata, one of the PKK's so-called leaders.

"The HDP and Democratic Regions Party (DBP) are the political branches of the PKK terrorist group," he explained. Top political figures in the HDP are chosen by the so-called "Presidential Council" of the PKK, he added, saying there is no independent process.

"Individuals identified by the PKK under the leadership of the HDP/DBP deliver the instructions of the leader of the terrorist organization, Abdullah Öcalan, to the organization in rural Iraq," he said, referring to the PKK ringleader, who is serving a life sentence in a Turkish prison.

He said these instructions are not brought in writing, they are transmitted orally.

"Leyla Güven, one of the deputies of the HDP, began and ended her hunger strike on the orders of the PKK. It wasn't the decision of the HDP or Leyla Güven. These instructions are given openly or in code by the press organs of organizations affiliated with the PKK," he explained.

Stressing how his thoughts changed after he joined the PKK terrorists, M.A. recalled: "They were agitating for the Kurds in my environment. I was impressed by this, went to Syria, and joined the terrorist group."

He added: "A certain amount of time after joining, I realized that I had been deceived, used as a tool. As much as I wanted to escape, I couldn't escape because it was so strictly controlled.

"The last time I escaped, I surrendered to security forces of the Turkish Republic of my own free will. I regret joining the group."

With the latest such surrender, on April 27, the number of terrorists who have laid down their arms through persuasion efforts in 2021 has risen to 58, according to Interior Ministry data. Offenders in Turkey linked to terrorist groups who surrender are eligible for possible sentence reductions under a repentance law.

On March 17, Turkey's top prosecutor filed an indictment seeking the dissolution of the HDP, calling it an undemocratic party that colludes with the terrorist group PKK and seeks to destroy the unity of the state. The indictment accuses HDP leaders and members of acting in a way that flouts the democratic and universal rules of law, colluding with the terrorist PKK and affiliated groups, and aiming to destroy and eliminate the indivisible integrity of the state, country and nation.