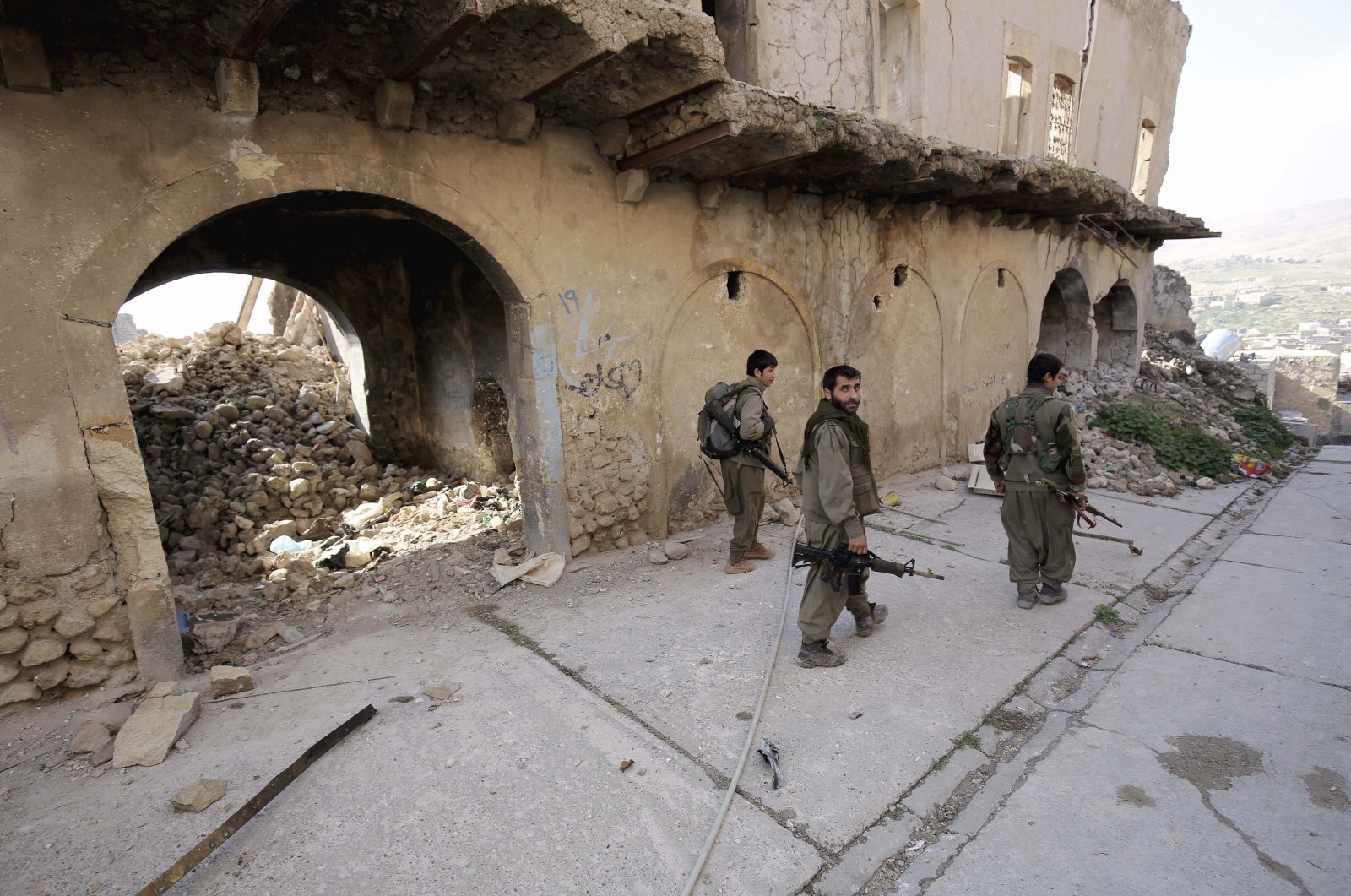 Iraqi Turkmens who previously lived in villages in Sinjar prior to the takeover by Daesh terrorists in 2014 are unable to return to their homes due to the PKK terrorists there, a board member of the Iraqi Turkmen Front (ITF) said Tuesday.

Nurettin Kaplan noted that although it has been over four years since Mosul’s liberation from Daesh terrorists, Turkmens cannot return to their homes due to the PKK's presence in Sinjar.

Most Turkmen villages are located near the border between Tal Afar and Sinjar, and their population is estimated to be over 30,000, according to Kaplan.

“Thousands of Turkmens have been trying to make a living throughout different parts of the country as internally displaced people. The PKK needs to leave Sinjar in order for the people to return to their homes,” Kaplan said.

The ITF board member highlighted that the PKK elements pose a threat to security, peace and stability in Sinjar and Tal Afar, as he called on Iraqi forces to ensure security in the region and enable the return of Turkmens. This could be done by carrying out an operation similar to the one conducted against Daesh terrorists four years ago, according to Kaplan.

The PKK's presence in Sinjar has been objected to by both Turkish authorities and the Kurdistan Regional Government (KRG) for a long time.

The Turkish government has repeatedly called on the Iraqi central government to eradicate the PKK threat in the region. If not, Ankara says, the Turkish Armed Forces (TSK) will exercise its rights and launch a cross-border operation in the area as it did during Operation Euphrates Shield and Operation Olive Branch into Syria.

Moreover, the KRG says Sinjar's legitimate administration must be allowed to return to maintain stability in the region and the PKK's presence in the region is unacceptable.