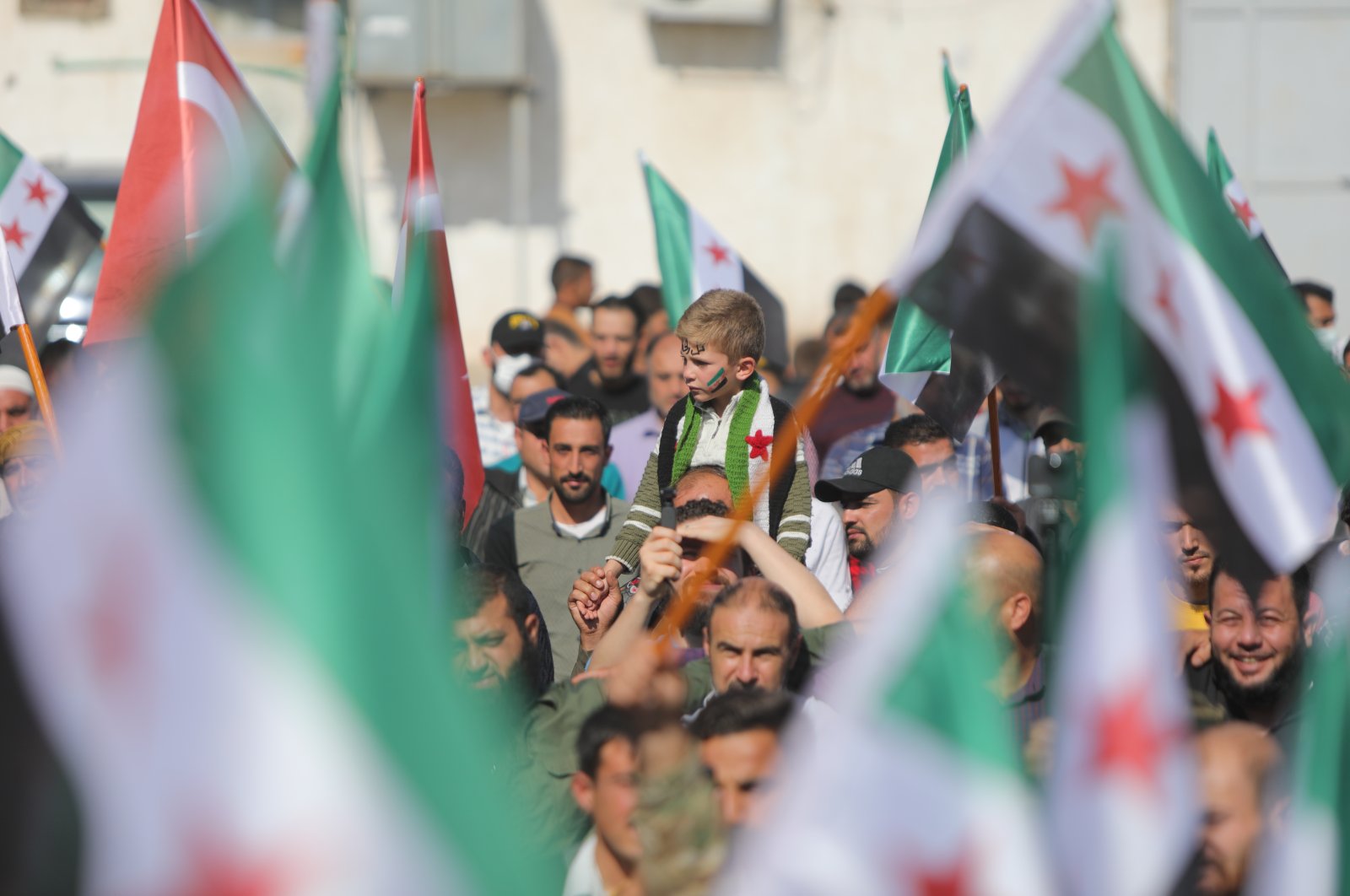 Locals of northern Syria’s Tal Rifaat who have been displaced by the PKK terrorist group’s Syrian offshoot, the YPG, have been protesting the group as well as the Bashar Assad regime in Azaz province where they sought refuge on Friday.

The crowds gathered in front of Bab al-Salam border gate in the afternoon.

“We want the atrocities of the YPG and the Assad regime to end ... Russia is the reason of massacres in Syria ... We support the Turkish Armed Forces and the Syrian National Army in rescuing our lands,” the protesters said.

Muhammad Abu Ibrahim, one of the protesters told Anadolu Agency (AA) that he had to leave his home due to terrorism and has been living in camps for six years.

Saying that he wants to return home, Ibrahim said that the people want their lands to freed.

Abdulaziz Temmo, the president of Syria's Independent Kurds Association, said he came to Azaz to support the protests.

“The people of Tal Rifaat who had to leave their lands in 2016, want to go back. We want to Turkey to clear off the areas occupied by terrorists,” Temmo said.

The YPG had seized Tal Rifaat in February 2016 with the air support of Russia. It had displaced around 250,000 people, most of which sought refuge close to the Turkish border.