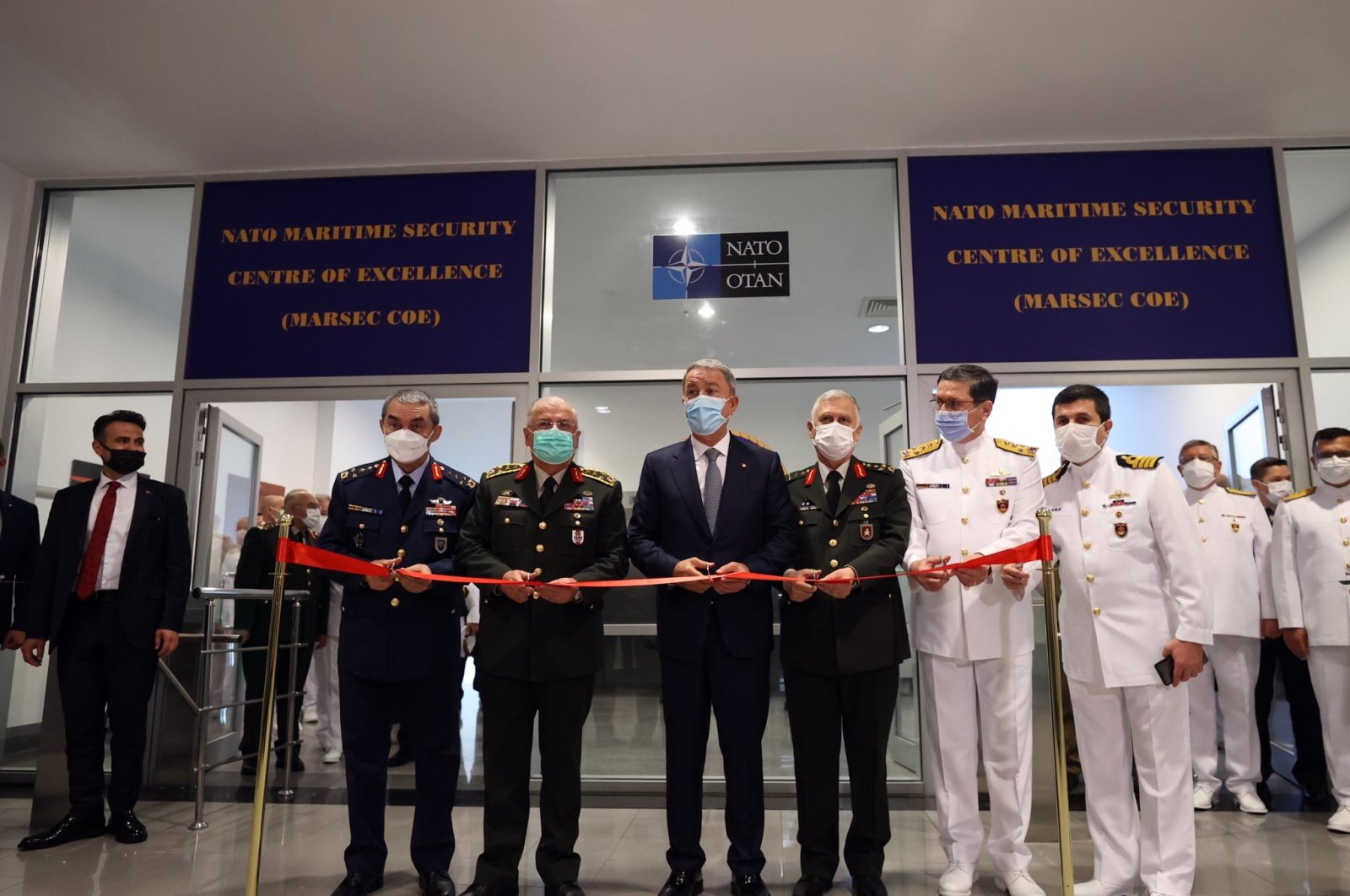 Turkey has been left alone in its fight against terrorism, Defense Minister Hulusi Akar stated, highlighting the country's contributions and importance to the trans-Atlantic alliance

NATO members have fought relentlessly against terrorist organizations in many parts of the world, but unfortunately, they have not shown the same resolve in taking on the PKK terrorist group and its Syrian wing, the YPG, Turkish Defense Minister Hulusi Akar said Friday.

"Turkey has repeatedly called on its allies to fight together against the YPG/PKK and Daesh terrorist organizations in northern Syria, which threaten our national security and regional stability," he said.

"Turkey is the NATO country that has shouldered the greatest burden to relieve the suffering of the Syrian people, and the Turkish Armed Forces are the only NATO army that has fought in close combat against Daesh," Akar emphasized at the opening ceremony of the NATO Maritime Security Center of Excellence in Istanbul.

"Time and again, we told our NATO allies about the need to create a safe zone in Syria. We even agreed on some plans, but the requirements of these agreements were not fulfilled and Turkey was left alone in the fight against terrorism."

Under the pretext of fighting Daesh, the U.S. has provided military training and given truckloads of military support to the YPG, despite its NATO ally's security concerns. Underlining that one cannot support a terrorist group to defeat another, Turkey conducted its own counterterrorism operations, over the course of which it has managed to remove a significant number of terrorists from the region.

NATO must be strengthened

Akar said efforts to bolster NATO are necessary for the current global conditions.

"NATO maintains its raison d'etre and the alliance's importance is gradually increasing. That is why NATO needs to be further strengthened and function in the true spirit of an alliance," he said.

The Turkish official, however, emphasized that "NATO is more meaningful and stronger" today and "will move forward into the future with more confidence."

Turkey is also among the top five countries to contribute to NATO’s forces, he added.

“Besides this, Turkey is among the top eight countries that contribute the most to the military budget with a rate of almost 2% of its GDP,” Akar said.

“I want to emphasize that Turkey, despite being busy with the risks, threats and dangers in the region, continues uninterruptedly to contribute to the alliance’s exercises, force structure and cadres while doing what is necessary to protect NATO and Europe’s borders against terrorism, smuggling and human trafficking,” he pointed out.

On Turkey's purchase of the S-400 air defense system from Russia, Akar said Ankara is ready to address all technical concerns of its partners.

"We are open and transparent in all talks (on the issue). Reasonable and logical solutions are always possible," he asserted.

Back in December, the U.S. decided to impose sanctions on Turkey over the purchase of the Russian-made missile defense systems. Ankara’s proposal to create a technical working group on the issue was rejected by the U.S.

“Turkey’s contribution to NATO and NATO’s cooperation with Turkey is far more deep and comprehensive than the F-35s and S-400s,” Akar stated.

He also pointed out that he spoke to his U.S. counterpart Lloyd Austin and discussed bilateral security and regional issues in a phone call on Thursday, saying that the call was “open, constructive and positive.”