Number of terrorists in Turkey drops below 200: Minister Soylu 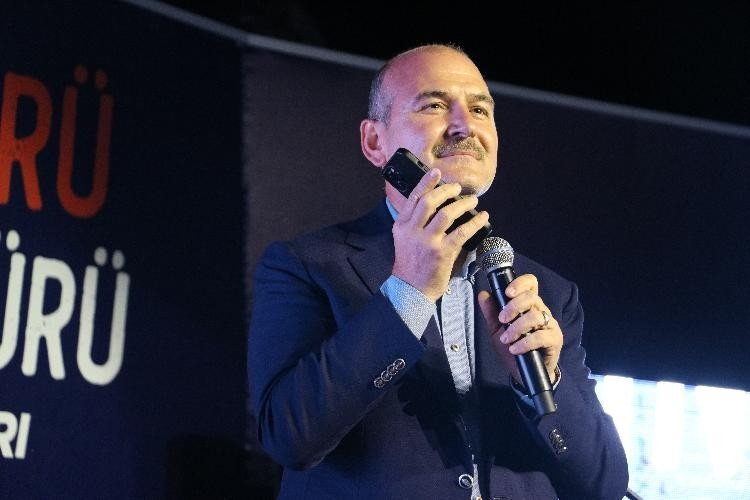 The number of terrorists in Turkey has dropped to under 200 for the first time, Turkish Interior Minister Suleyman Soylu said on Saturday.

Addressing a gathering of the youth in Keşan in northwestern Edirne province, Soylu said, "As of tonight, the number of terrorists in Turkey has dropped to under 200 for the first time, becoming 197."

Emphasizing that Turkey is a peaceful country, the minister also noted that the country's counterterrorism efforts have reached an important point.

Some 144 PKK terrorists surrendered to Turkish security forces in the past year, the Interior Ministry said last week.

The PKK's leadership is struggling to recruit both militants and higher ranks, according to reports. Additionally, many terrorists are reluctant to enter Turkey from Iraq to carry out attacks due to their high number of casualties.

In recent years, Turkey has stepped up operations at home and across its borders against the terrorist group and has also convinced an increasing number of its members to leave the PKK.

Turkish security forces regularly conduct counterterrorism operations in Turkey's eastern and southeastern provinces where the PKK has attempted to establish a strong presence and bases. The forces also conduct cross-border operations in northern Iraq, a region where PKK terrorists have hideouts and bases from which they carry out attacks on Turkey. Turkey launched Operations Claw-Tiger and Claw-Eagle in June 2020 to ensure the safety of Turks and the country's national borders by eliminating terrorist threats.