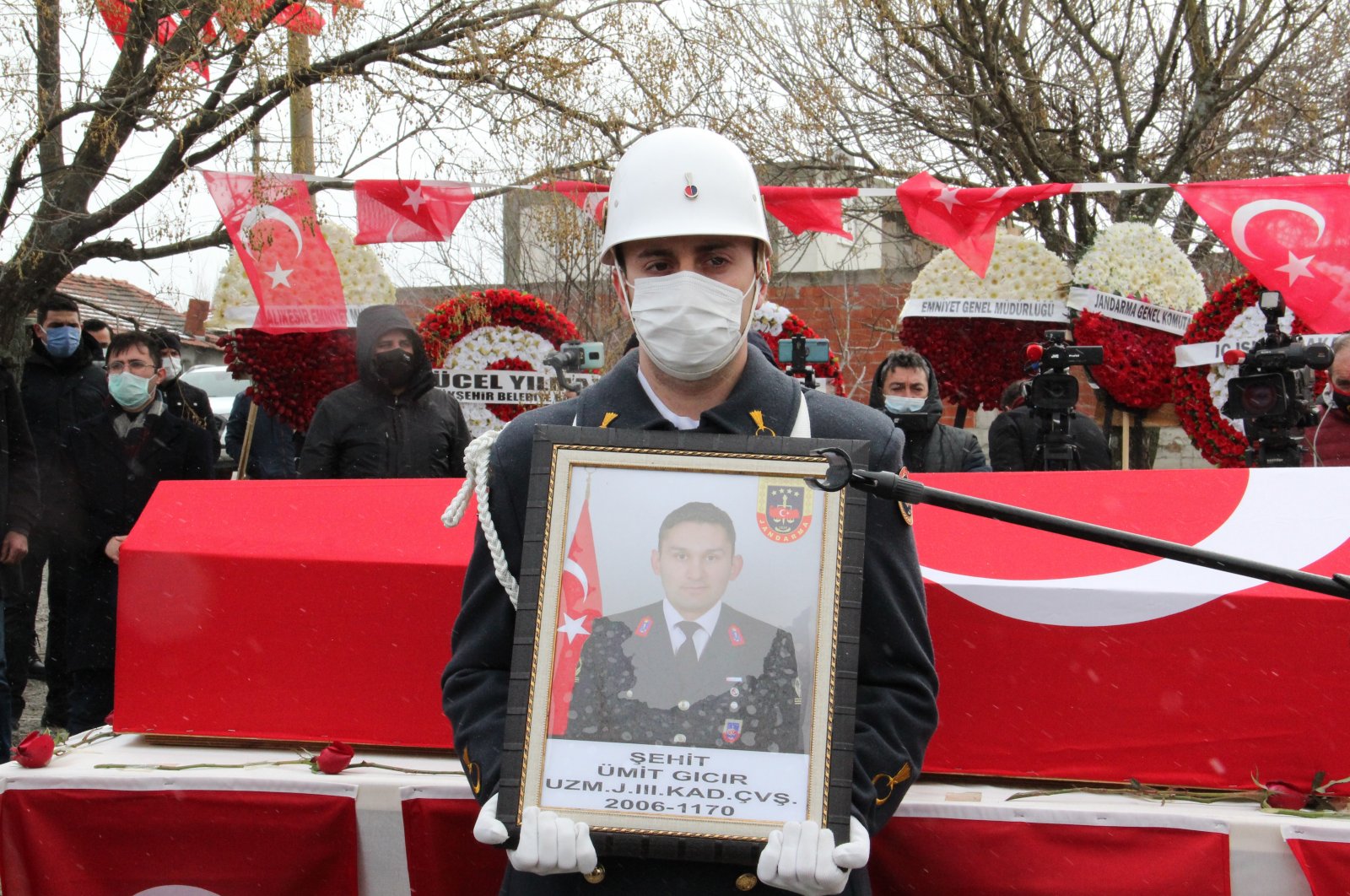 The families of 13 Turkish citizens killed in northern Iraq's Gara by the PKK have dismissed the terrorist group's attempts to manipulate the narrative of the incident.

Şeyhmus Kaya, whose police officer son Vedat Kaya was killed in Gara, expressed that he received several calls from countries like Belgium and Germany. "They told me that my son was killed by the state. They told me warplanes targeted my son. I do not fall for these cowards' lies," Kaya said. "I washed the body of my dead son. I saw that he was shot in the head. If he was bombed as they claimed, he would have been splintered into pieces."

Giving a speech on the incident in the Turkish Parliament on Tuesday, Interior Minister Süleyman Soylu mentioned that the families were receiving calls from abroad and were being harassed further by the PKK.

Vedat was kidnapped by PKK terrorists on July 24, 2016, when he was moving from eastern Muş province to southeastern Mardin province after his brother's wedding. On Sept. 5, 2019, Kaya joined the Kurdish families' protest in front of the Peoples' Democratic Party (HDP) headquarters in southeastern Diyarbakır province, demanding his son's release, until he received the news of Vedat's killing on Sunday.

"My son's revenge will be taken. How glad I am to be a father of a martyr. They cannot trick us. My son stayed with them for five years and still did not fall for their lies. I am standing by my state, no one should have any doubt on that," Kaya told Demirören News Agency (DHA).

The bodies of the Turkish citizens were found during Turkey's anti-terror operation in northern Iraq, Defense Minister Hulusi Akar said Sunday. The incident drew widespread domestic and international reactions as many condemned the PKK's brutal terrorism and violence.

Kaya was not the only family member that had to deal with PKK manipulation. Twenty-six-year-old nurse Zeynep Yılmaz, whose boyfriend, Specialized Gendermarie Sgt. Ümit Gıcır, was among the Gara victims, was also a victim of PKK manipulation.

Yılmaz, who herself suffered from PKK violence in 2016 when she was shot in a PKK attack, received messages from PKK sympathizers on Facebook, in which they tried to convince her to speak out against the Turkish state for her boyfriend's kidnapping. After she refused to go along with their manipulation, the PKK sympathizers started to swear at her.

It was also revealed that then-HDP Deputy Idris Baluken had previously called Yılmaz over the phone and urged her to convince the Turkish government to stop its operations in northern Iraq. Later on, Baluken was sentenced to 16 years in prison for being a terrorist group member.

Gıcır was kidnapped on Sept. 21, 2016, shortly after he met Yılmaz. He was on his way to the southeastern province of Hakkari in order to start his new position in Çukurca district.

"Ümit called me over the phone. He said he was going to tell me some things. I told him I was busy and we should talk another time. He told me to just listen to him and said, 'Would you accept me no matter what? Even if I was missing an arm or hand?' I tried to interrupt him, but this time he insisted on me answering what he asked. 'Zeynep, as long as I am alive, I will return to you. If I become a martyr, just know that I love you. As long as I am with you, I have no regrets.' I was just about to ask why he was telling me all these things and then I heard a gunshot. Then, I could not reach him ever again," she remembered.

"I thought, if I change my location and Ümit comes back, he will not be able to find me. I did not change my home. I have not looked at the sun for five years. I didn't say, 'What beautiful weather.' I didn't eat, drink wholeheartedly. I didn't have fun with anyone. Because Ümit was over there (in the hands of the terrorists). How could I enjoy life, how could I even breathe?" she cried.

"I saw him in my dreams. I thought everyone was looking like him. I looked forward to his return. But the traitors have taken him from my hands," Yılmaz said.