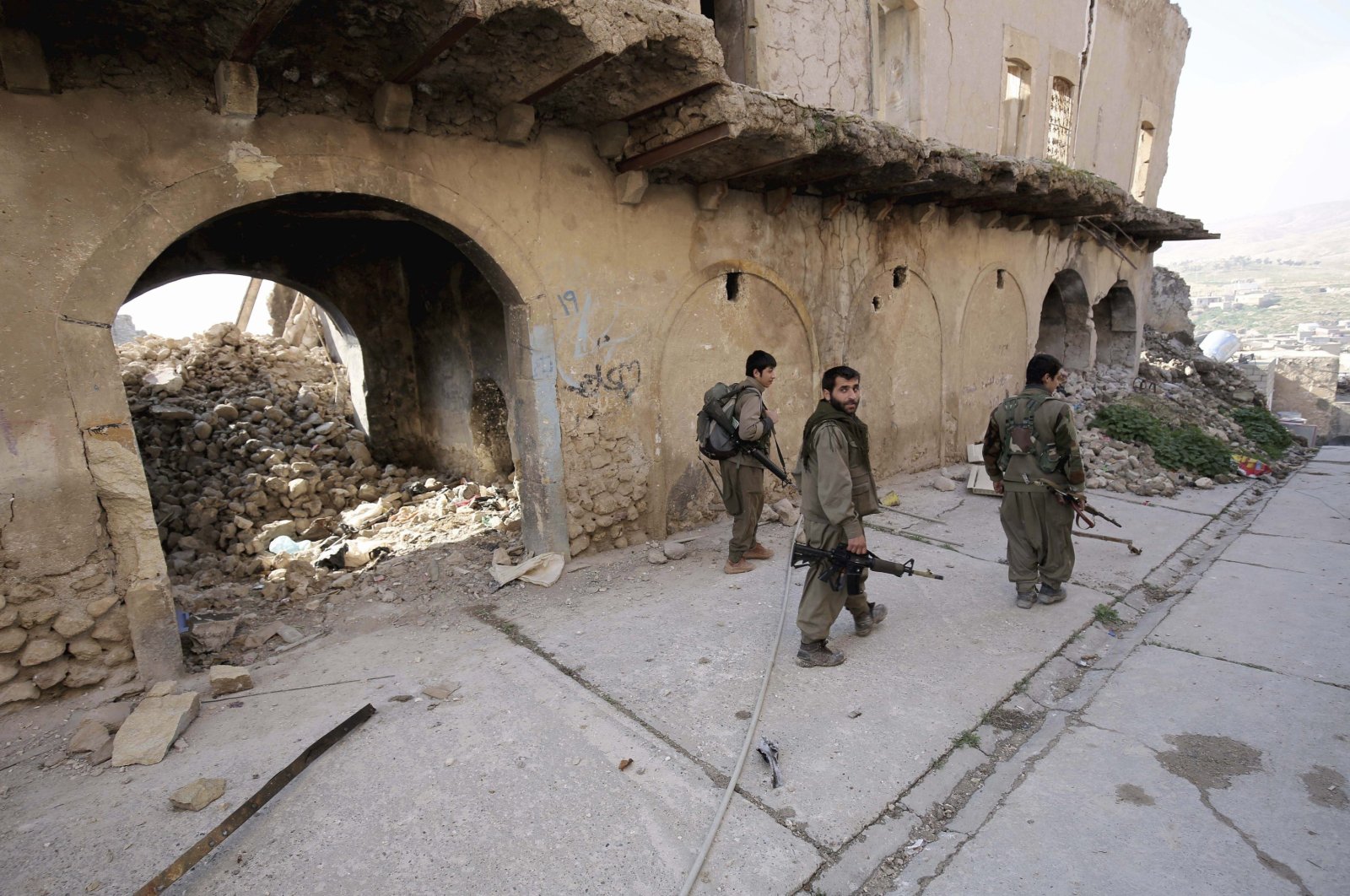 PKK terrorists are disrupting the implementation of projects in villages in northern Iraq, the governor of Dohuk province in Iraq's Kurdish region said Thursday.

"The local administration (of Dohuk) is facing problems completing service projects in hundreds of villages located in the districts of Akre, Zakho, Amedi and Shekhan which belong to Dohuk," Ali Tatar said at a press conference.

Tatar said the reasons are "the illegal presence of PKK militants in those areas and the moving of fighting into the territory of the region."

On Nov. 4, Dohuk's governor called for the PKK presence to end after an explosive device was detonated near a car, wounding three Peshmerga fighters.

Turkey has long stressed that it will not tolerate terrorism threats posed against its national security and has called on Iraqi officials to take the necessary steps to eliminate the terrorist group. Ankara previously noted that if the expected steps are not taken, it would not shy away from targeting terrorist threats, particularly in Sinjar.

Disturbed by the PKK presence, the Iraqi central government and the Kurdistan Regional Government (KRG) reached the Sinjar deal last year, which foresees the removal of the PKK presence in the region and the return of displaced Yazidis to their homeland. Both governments deployed some 6,000 security forces near the region after the deal. Turkish envoy to Iraq Fatih Yıldız said last week that Turkey has given utmost importance to the deal since the beginning and supported the deal's main mission, which is to give Sinjar back to its real owners.

The PKK terrorist group managed to establish a foothold in Sinjar in mid-2014 under the pretext of protecting the local Yazidi community from the Daesh terrorist group. Since then, the PKK has reportedly established a new base in Sinjar for its logistical and command-and-control activities. Around 450,000 Yazidis escaped Sinjar after the Daesh group took control of the region in mid-2014.