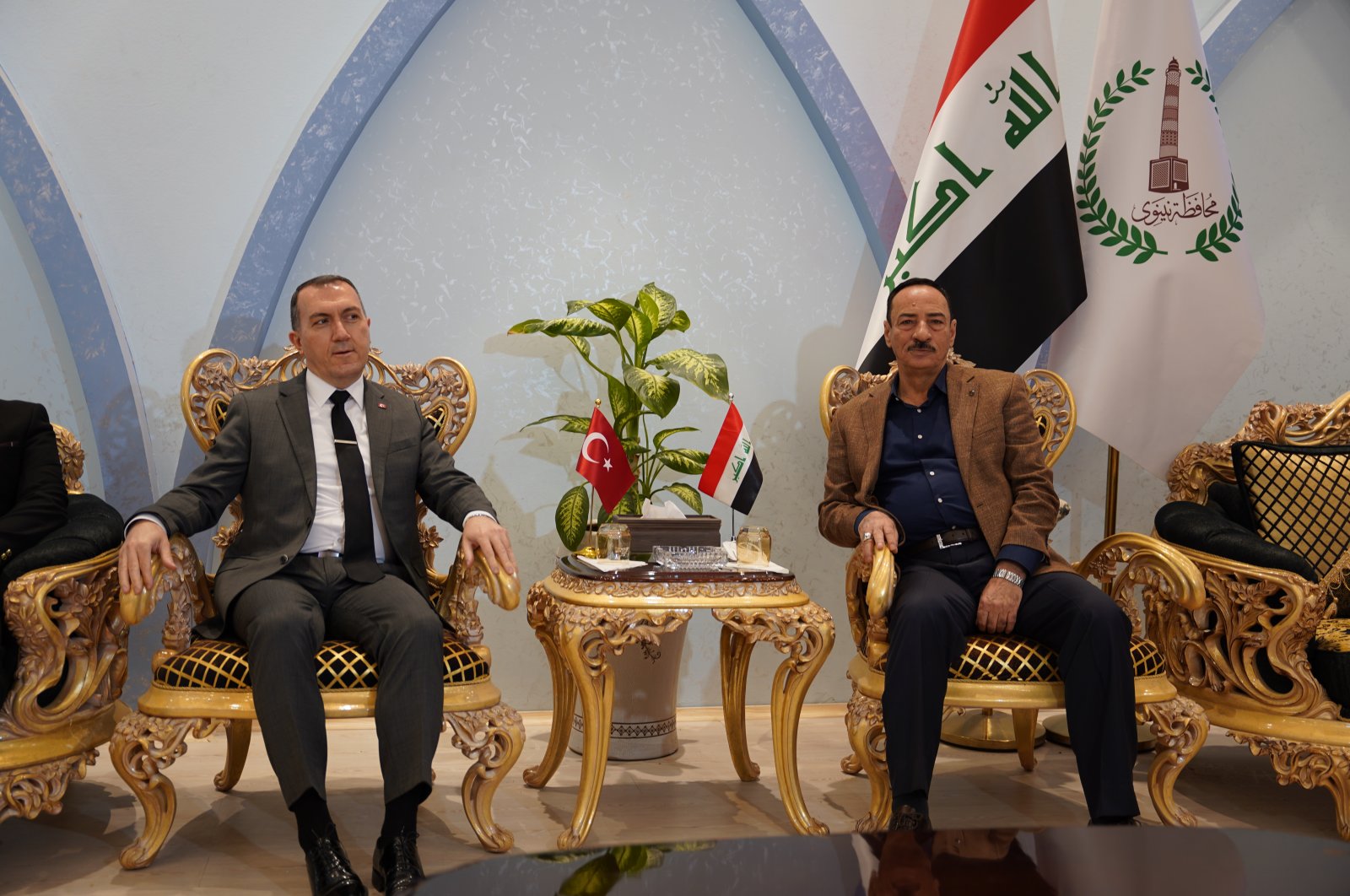 Turkey has been working toward ensuring Iraq's unity and welfare, its ambassador to Baghdad said Saturday, while also underlining that the Sinjar deal seeks to return the region to its real owners, which is a goal that Ankara supports.

Saying that he started his duty in Iraq in 2017 and has come to the end of his term in office, Yıldız recalled that Mosul was under occupation when he first arrived. Seeing the current vibrant state of the region, he noted that it was a great pleasure for him to leave Iraq under these conditions. "Turkey will continue to serve Mosul," he added.

Underlining Turkey's efforts for Iraq's unity and welfare, Yıldız said that they want to transfer the economic vitality in Turkey to Mosul. "First, we should build an infrastructure that we can conduct this transfer. Our wish is for Turkey to contribute to the construction of this infrastructure."

Another topic that Yıldız highlighted was the implementation of the Sinjar deal. He said that Turkey has given utmost importance to the deal since the beginning and supported the deal's main mission, which is to give Sinjar back to its real owners

On Oct. 9, the Iraqi Prime Ministry announced it reached a "historic deal" with the Kurdistan Regional Government (KRG), an agreement that will bolster Iraqi federal authority in Sinjar under the constitution in terms of governance and security. The Iraqi prime minister's spokesperson, Ahmed Mulla Talal, said in a Twitter statement that the agreement will end the authority of intruding groups in Sinjar, referring to the PKK. The next day, the Iraqi Parliament said the settlement agreement between the Iraqi government and Iraq's KRG on the status of the Sinjar district will accelerate the return of displaced people.

Following the deal, the Turkish Foreign Ministry said in a statement that it hoped the agreement would be carried out in a way that enables the reinstatement of Iraqi authorities' control in Sinjar, the eradication of the Daesh and PKK terrorist organizations and their extensions from the region, and ensure the safe return of Yazidis and the other people of the region who have been subject to grave oppression and persecution, first at the hands of Daesh and then by the PKK.

Underlining that Sinjar is a vital part of Mosul's vision, Yıldız said: "Regarding the implementation, it is obvious that there is not an environment ready for local people to return yet. It is a requirement of the agreement that the PKK and whoever is not an element of the region should leave the region as soon as possible. We, as Turkey, have stated that we are ready to do whatever possible to help create the necessary conditions. In the upcoming period, we will continue to monitor the process with Baghdad, Mosul and central and local authorities."

Regarding a recent rocket attack targeting the Turkish base area in Bashiqa in northern Iraq that resulted in the death of a Turkish soldier, Yıldız said the perpetrators do not provide any benefit to Iraq.

"The only thing we can do against those who act within their own agenda is to continue to work resolutely for Iraq, for the unity, integrity and prosperity of Iraq," he said adding that the perpetrators could not achieve their goal of damaging the strong Turkey-Iraq ties.

Turkish forces in northern Iraq are largely based at Bashiqa, a training camp roughly 12 kilometers (7 miles) northeast of Mosul.

Al-Jabouri, for his part, said the ambassador's visit to Mosul proves the importance given by Turkey to Mosul. Regarding the Sinjar deal, he said: "The Sinjar deal signed by Baghdad and the KRG is proceeding with good steps. Since the financial budget was approved, a police force of local people will be established. This will be a breaking point and the police will provide the security of the entire district ... A new administration will be formed for the Sinjar district. This will have a positive impact on the normalization of the situation in Sinjar."