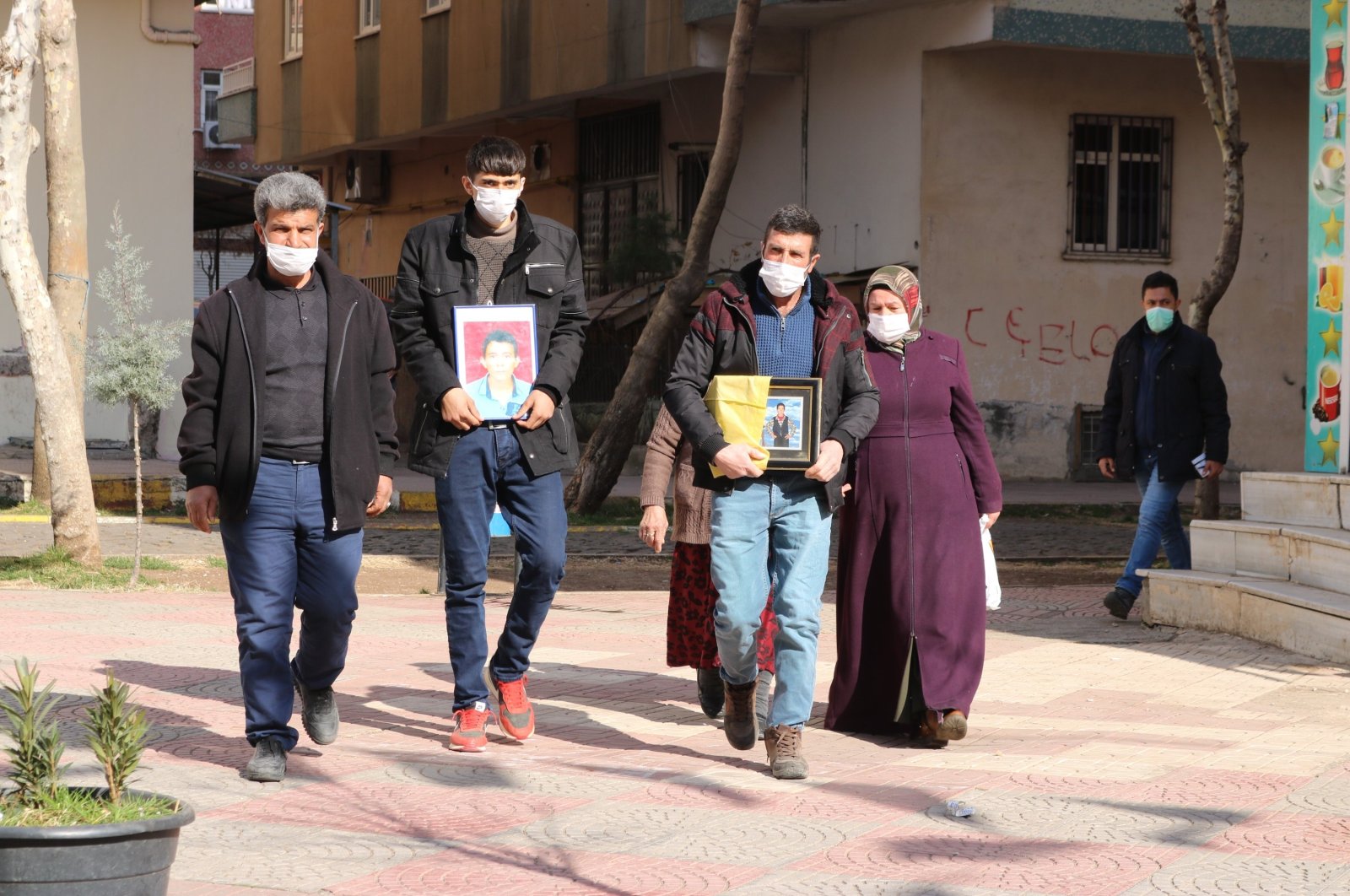 The terrorists with the initials R.Ş, Y.Ş, S.G. and B.G, who is under the age of 18, faced charges in the Hakkari 1st High Criminal Court of "violating the unity of the state and the integrity of the country" and "depriving the person of their liberty," regarding the kidnapping of Zübeyda Koç, who is disabled, and child, E.Ç, to the PKK headquarters.

In the decision, it was stated that Koç, who lives in the center of Şemdinli, was brought to Boğazköy and handed over to terrorists. It was also stated that the underaged defendant, B.G, took Koç, who is a relative with a 40% hearing disability, out of the house for Eid shopping, and had them meet with the defendants in the center of the bazaar on Aug. 8, 2013.

It was stated that the Koç family was intercepted and threatened by a member of the organization named "Çiya" while they were going to the village to search for their daughters, and it was noted that B.G, the child dragged into the crime, who handed over Koç to the terrorists, was conspiring with the other defendants.

In the verdict, which reported that the defendants handed over Koç to the PKK without her consent, it was stated that this act established the purpose to commit the crime stated in the relevant articles of the Turkish Penal Code (TCK), considering the organic integrity of the terrorist organization throughout the country and its activity in society.

The decision emphasized that one of the defendants, R.Ş, was responsible for the kidnapping of E.Ç, who was under the age of 15, on Sept.13, 2014. It said: "The victim was kidnapped and joined the organization in 2014. He escaped and surrendered after staying there for five years."

Zübeyda's mother Esmer Koç had participated in the protest of the Diyarbakır mothers in front of the pro-PKK Peoples' Democratic Party (HDP) headquarters demanding her daughter's return.

Several families have been holding a demonstration in front of the HDP’s main headquarters in Diyarbakır for over a year, as they state the party has been supporting PKK terrorists in recruiting and kidnapping the local youth.

The protest started when Hacire Akar turned up at the doorstep of the HDP’s Diyarbakır office one night after her son was abducted by the PKK. Akar’s son Mehmet returned home on Aug. 24, giving hope to other families.

Since its foundation, the PKK has forcibly taken at least one child from families who do not pay so-called "taxes" in support of the group. To fill its ranks, the PKK has continuously raided villages and kidnapped adolescents and young adults between the ages of 15 and 20. In addition to forced recruitment, the PKK also conducts propaganda, mainly targeting university students. The terrorist group's approach has remained largely consistent, according to statements of the members of the terrorist organization who have been captured or have surrendered.

The terrorist organization focuses a great deal on women and young people's support, and there is no age restriction in the organization. According to them, every person who can function independently from their parents is considered an adult. In order to lure young people, it emphasizes values such as heroism and sacrifice, attempting to influence young people psychologically.