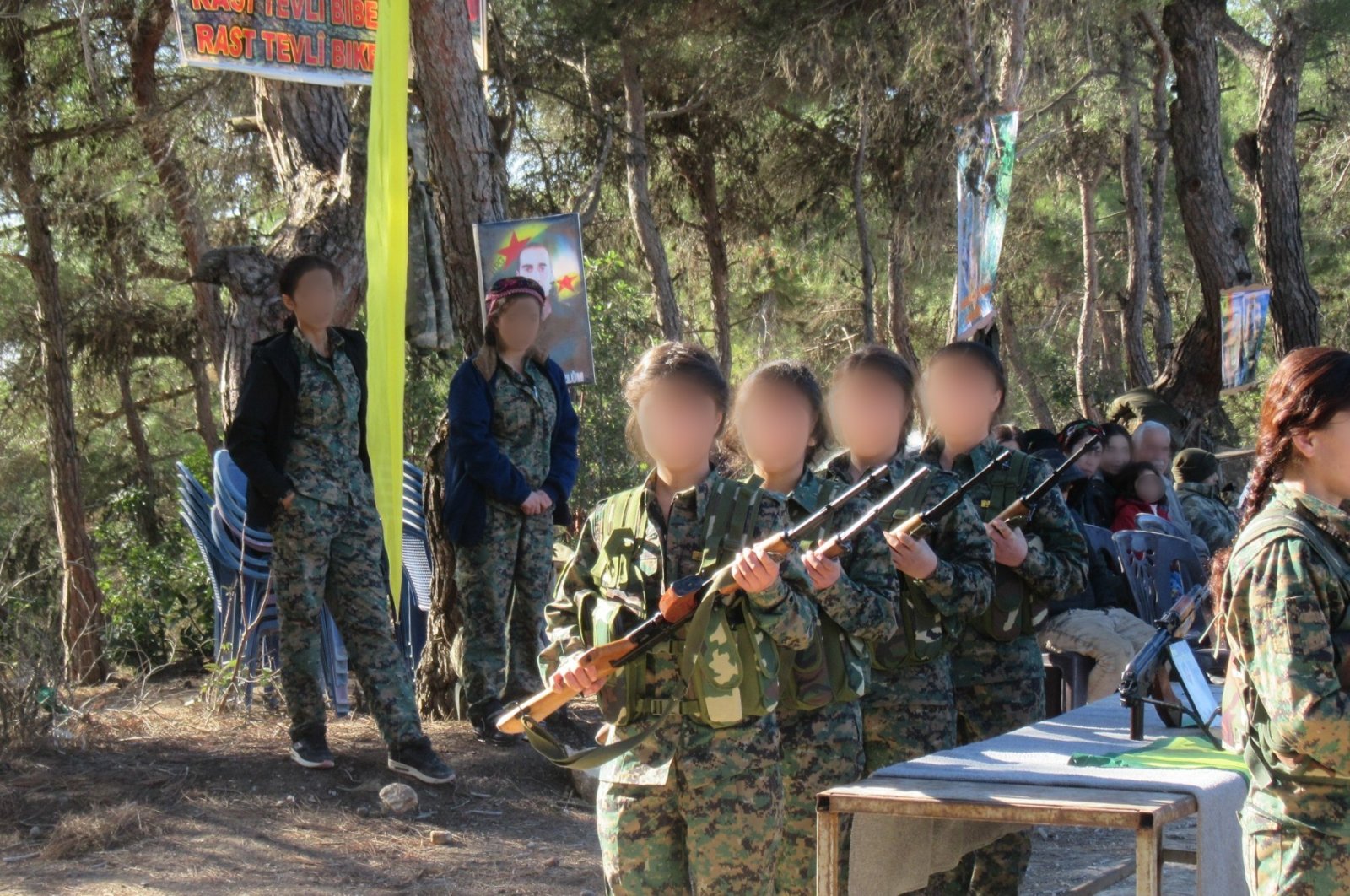 The PKK terrorist group's Syrian branch, the YPG, continues to kidnap and forcibly recruit children in Syria, where it has control over some northeastern regions. Insisting on this illegal practice for years, the terrorist group most recently kidnapped 16-year-old Silva Celal Miho from Cibne village, 13-year-old Ariyaba Ahmad Bahri and 15-year-old Adnan Mohammad from Tal al-Hacer village.

About 70% of Syria's oil resources lie within the territories currently occupied by the YPG. For example, the terrorist organization holds the eastern part of Deir el-Zour province, located near the Iraqi border, one of Syria's largest energy sources. There are 11 large oil fields on the eastern side of the Euphrates, which cuts the province into two sections. These oil fields make up around one-third of the energy sources in Syria.

"They kidnapped my son in the evening. He is only 15 years old. They also kidnapped another son of mine before. There are witnesses to this case," the sorrowful mother said.

She stated that a so-called friend of her son came and took Mohammad.

"I resisted them. They also threatened to kill that boy (the so-called friend) if he let us know the whereabouts of my son. We went to their headquarters, demanding our son back. However, they attacked us with guns. They claimed they have nothing that belongs to us," she cried.

The YPG's use of child soldiers has been repeatedly documented and criticized by international human rights organizations, including Amnesty International and Human Rights Watch (HRW). The group reportedly tricks parents into giving up their children or outright kidnaps them, taking them to training camps where they are denied contact with their families.

In 2018, a U.N. annual report on children in armed conflict revealed 224 cases of child recruitment by the YPG between January and December 2017, a fivefold increase compared to previous years.

The HRW also documented that the terrorist group continues to recruit children despite objections from families and prevents parents from getting in touch with their kids.

Human rights organizations have also documented the YPG's use of torture and their deliberate disruption of educational and health services.

These brutal actions of the terrorist group also caused massive protests in the region. Gathering together in Raqqa last week, the locals reacted to the arbitrary arrests as well as the forcible displacement of the civilians.

In its more than 40-year terror campaign against Turkey, the PKK – listed as a terrorist organization by Turkey, the U.S. and the European Union – has been responsible for the deaths of 40,000 people, including women, children, and infants.

Since its foundation, the PKK has forcibly taken at least one child from families who do not "pay taxes" in support of the group. To fill its ranks, the PKK has continuously raided villages and kidnapped young adults between the ages of 15 to 20. In addition to forced recruitment, the PKK also conducts propaganda, mainly targeting university students. The terrorist group's approach has remained largely consistent, according to statements by captured or surrendered members of the organization.

The terrorist organization cares a great deal about women and young people's support, and there is no age restriction in the organization. Every person who can function independently from their parents is considered an adult. In order to lure young people, it emphasizes values such as heroism and sacrifice and tries to influence young people psychologically.