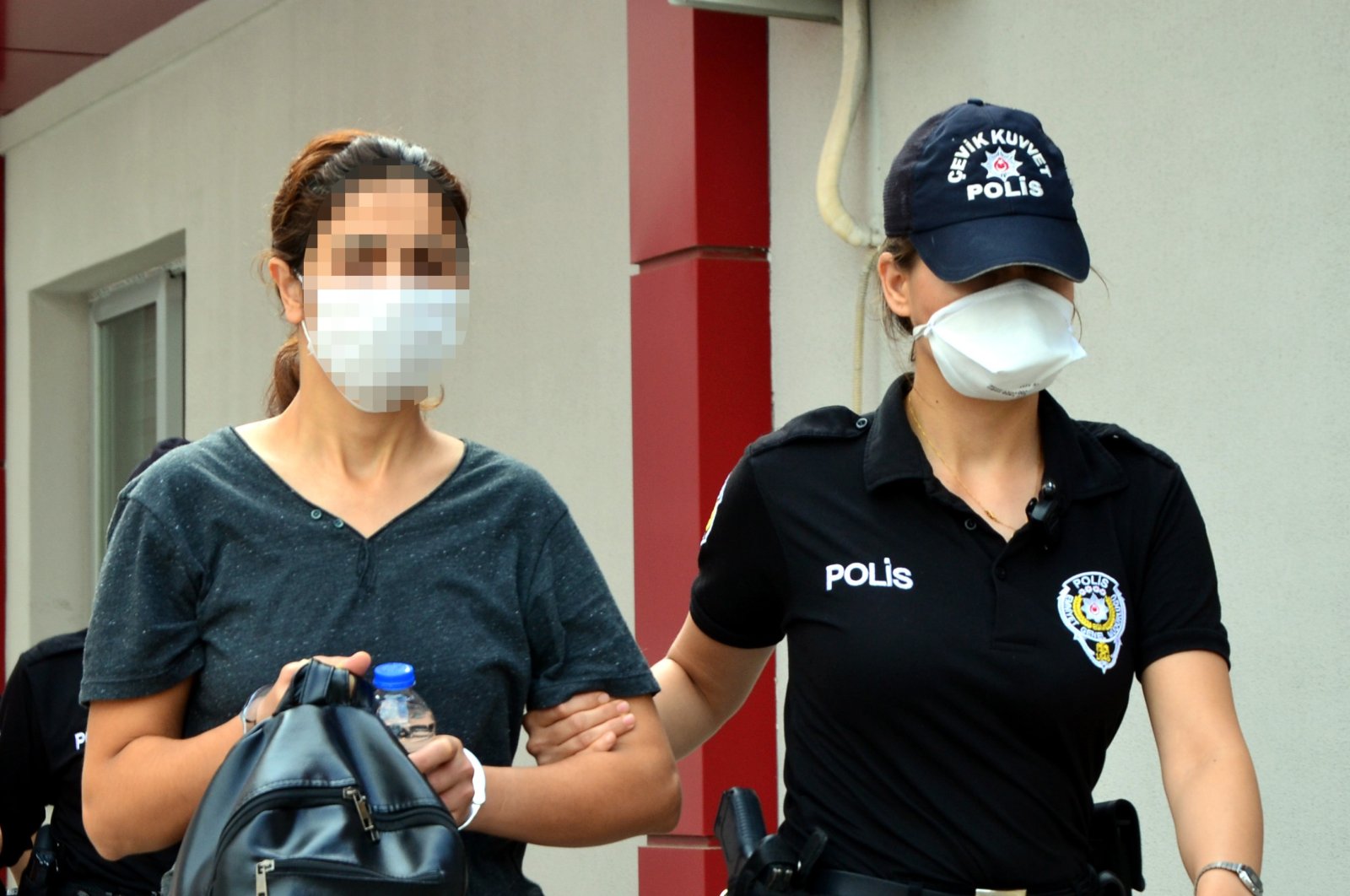 A PKK suspect accused of providing imprisoned terrorists with directives from the terrorist group's authorities has already spent a decade in prison for a possession of explosives conviction in 2007.

In July 2020, a police department in southern Adana province launched an investigation into PKK suspects that concluded with the capture of Zeynep T. and several of her cohorts. The inquisition disclosed that Zeynep T. was delivering directives from PKK authorities to imprisoned terrorists by hiding notes in sneakers she pretended to bring them as gifts.

The scheme was discovered when the imprisoned terrorists seemed to be acting "strange" after receiving the shoes. In the directives, there were reportedly instructions on how to act in prison and how to recruit more terrorists there, with an emphasis on how to remain loyal to the PKK while incarcerated. It eventually turned out that there were not only directives from PKK authorities in the sneakers but also messages from the terrorists' families. Through this method, the imprisoned terrorists were reportedly able to provide their families financial support through the group's leadership.

The investigation found 18 pairs of sneakers in Zeynep T.'s house, in addition to 33 documents, PKK propaganda books and digital material.

After being detained, Zeynep T. was put under house arrest until she had her day in court. At the trial in Adana, Zeynep T. claimed to be ill and used her right to remain silent.

Still, she had to face another trial due to a separate investigation in northwestern Kocaeli province where she was accused of the same crime. After her Kocaeli trial, she was arrested, even though her final punishment has not yet been determined.

Following her arrest, more secrets regarding Zeynep T. came to light. It was reported that in 2007, Zeynep T. was captured with 11.5 kilograms (25 pounds) of explosives in her possession in Kocaeli. At the time, it was revealed that she was preparing a terrorist attack on the offices of Tüpraş, Turkey's oil refineries company, in western Izmir province. Zeynep T. was arrested, charged and convicted of being a member of an illegal organization, carrying explosive materials and fraud. She spent 10 years in prison.

Turkey has stepped up its fight against the PKK, with security forces carrying out raids and operations to clear out terrorists and hold their supporters accountable.

Over the course of its decadeslong terrorist campaign against Turkey, the PKK – listed as a terrorist organization by Turkey, the U.S. and the European Union – has been responsible for the deaths of some 40,000 people, including women and children.

Using alternative schemes to deliver instructions, drugs and explosives is not a new phenomenon for the PKK or its Syrian affiliate, the YPG.

Back in November 2020, Turkish security forces discovered explosives hidden inside a bag of diapers after detaining three YPG terrorists that had entered the country across the Syrian border. The PKK was allegedly going to use the pipe-style bombs to carry out attacks in urban areas.