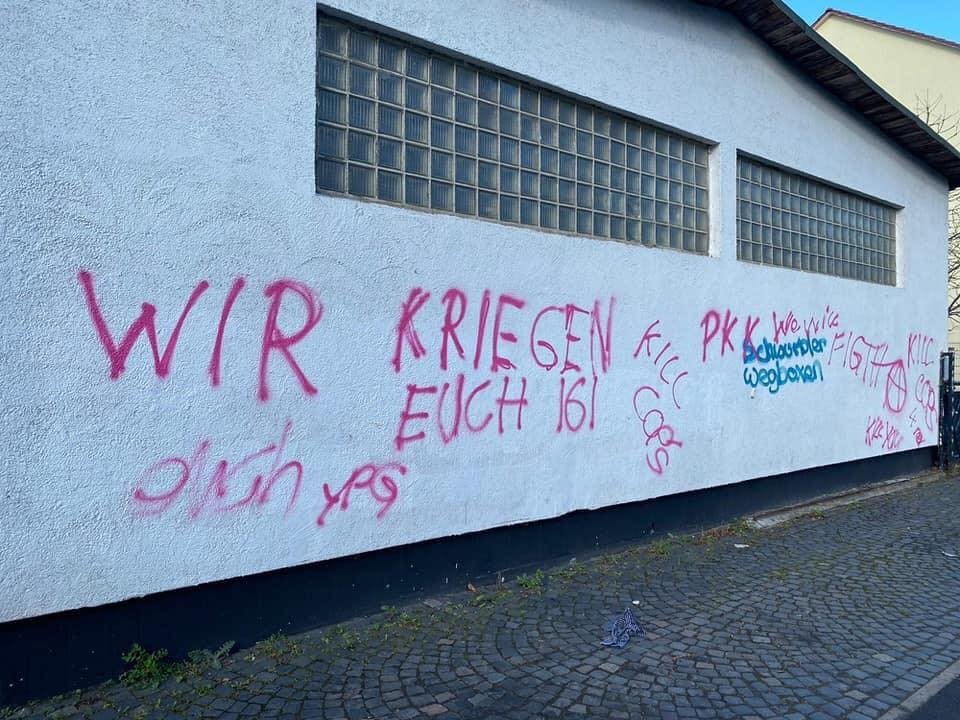 PKK sympathizers attacked a Turkish mosque and a culture center in Germany's Kassel on Saturday.

According to the Kassel police force, the examination of the site is ongoing, and an investigation has been launched.

"We condemn this despicable attack on our mosque and culture center. We demand German authorities find the responsible parties as soon as possible. Such damned actions will never harm our unity as a nation in diaspora," said the Alperen Hearths, the youth organization of Turkey's Great Union Party (BBP), which owns both places, in its statement regarding the case.

Attacks on mosques are becoming more and more frequent in Germany. In 2019, 184 attacks on mosques were recorded in Germany – occurring on average every other day. Most recently, on Saturday night, two unidentified people placed a pig's head on the door of the Turkish-Islamic Union for Religious Affairs' (DITIB) Fatih Mosque in the southern Germany city of Vaihingen.

The PKK, which is listed as a terrorist organization by Turkey, the U.S. and the European Union, has waged a terror campaign against Turkey for 40 years and has been responsible for the deaths of nearly 40,000 people, including women and children.