PKK terror threat in Iraq must be eliminated: Turkish envoy 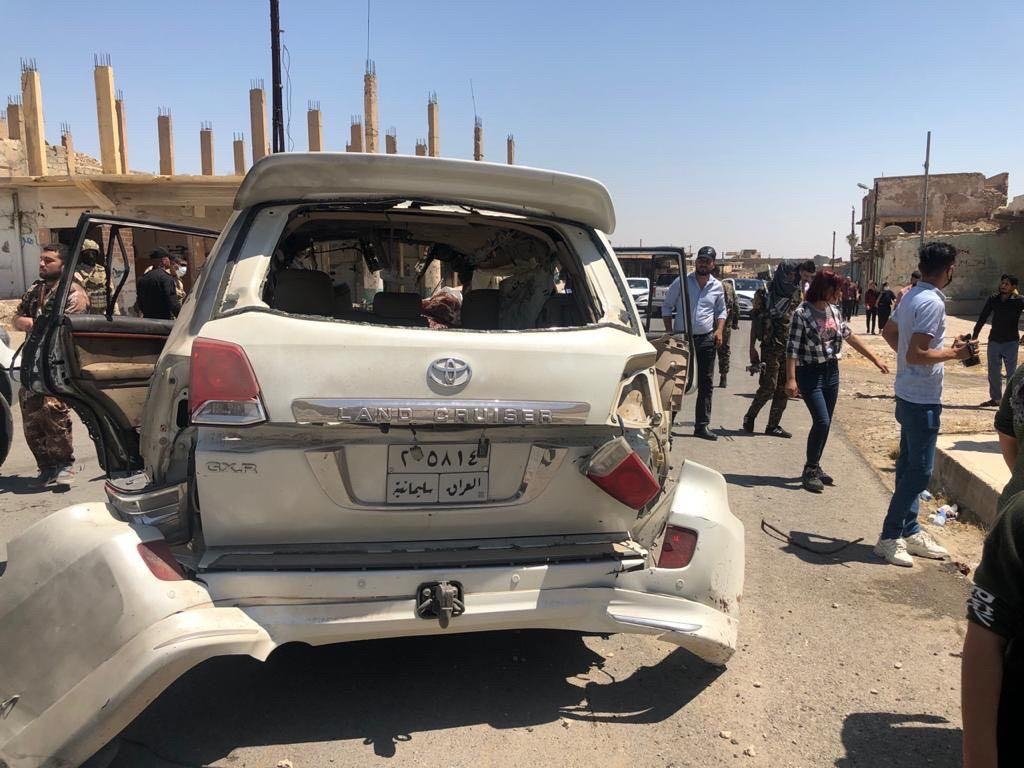 The presence of the PKK terror group in northern Iraq is a threat that must be put to an end, Turkey's ambassador to Iraq's capital Baghdad said Monday.

Speaking at a forum held in Baghdad, Ali Rıza Güney said that relations between Turkey and Iraq will improve in every field, adding that "Our relations with Iraq are strategic. As two neighboring countries, we should have stronger and more dynamic relations."

"The Iraqi Kurdish Regional Government (KRG) realized this and understood the danger of this terrorist organization. I would also like to thank Prime Minister Mustafa al-Kadhimi for his cooperation on this issue. The PKK is a danger that must be ended in Iraq. Our cooperation and solidarity in this regard will also be important."

Ambassador Güney also emphasized that they will continue to support Iraq's sovereignty, stability and security.

Güney added that they hope the early elections scheduled to be held in October will improve the quality of life of the Iraqi people.

Recently, Turkey's foreign minister said Saturday that Ankara will "never accept the presence" of the PKK terror group in Iraq.

Mevlüt Çavuşoğlu said terrorism will never have a place in the future of the region and Iraq.

"Terrorist groups such as Daesh, the PKK and (its Syrian branch) the YPG also threaten regional security," he said at an international conference in Baghdad. "We expect all friendly and neighboring countries to support our fight against this terrorist organization. We are ready to provide all kinds of support to the Iraqi state in its fight against this terrorist organization that poses a threat to Iraq's stability and violates its sovereignty."

Çavuşoğlu said Ankara will continue to support Baghdad to ensure the stability of Iraq, emphasizing the economic cooperation and partnership between the two nations.

Most recently, three PKK terrorists were killed in airstrikes by Turkish forces in northern Iraq, the National Defense Ministry said on Monday.

The terrorists were detected through joint efforts by the Turkish Armed Forces (TSK) and National Intelligence Organization (MIT), the ministry said on Twitter.

They were targeted in airstrikes in Iraq's northern Metina region near the Turkish border, it added.

Later in the day, Turkish combat helicopters also eliminated two other PKK terrorists in the same region of northern Iraq, the ministry said in a later statement.