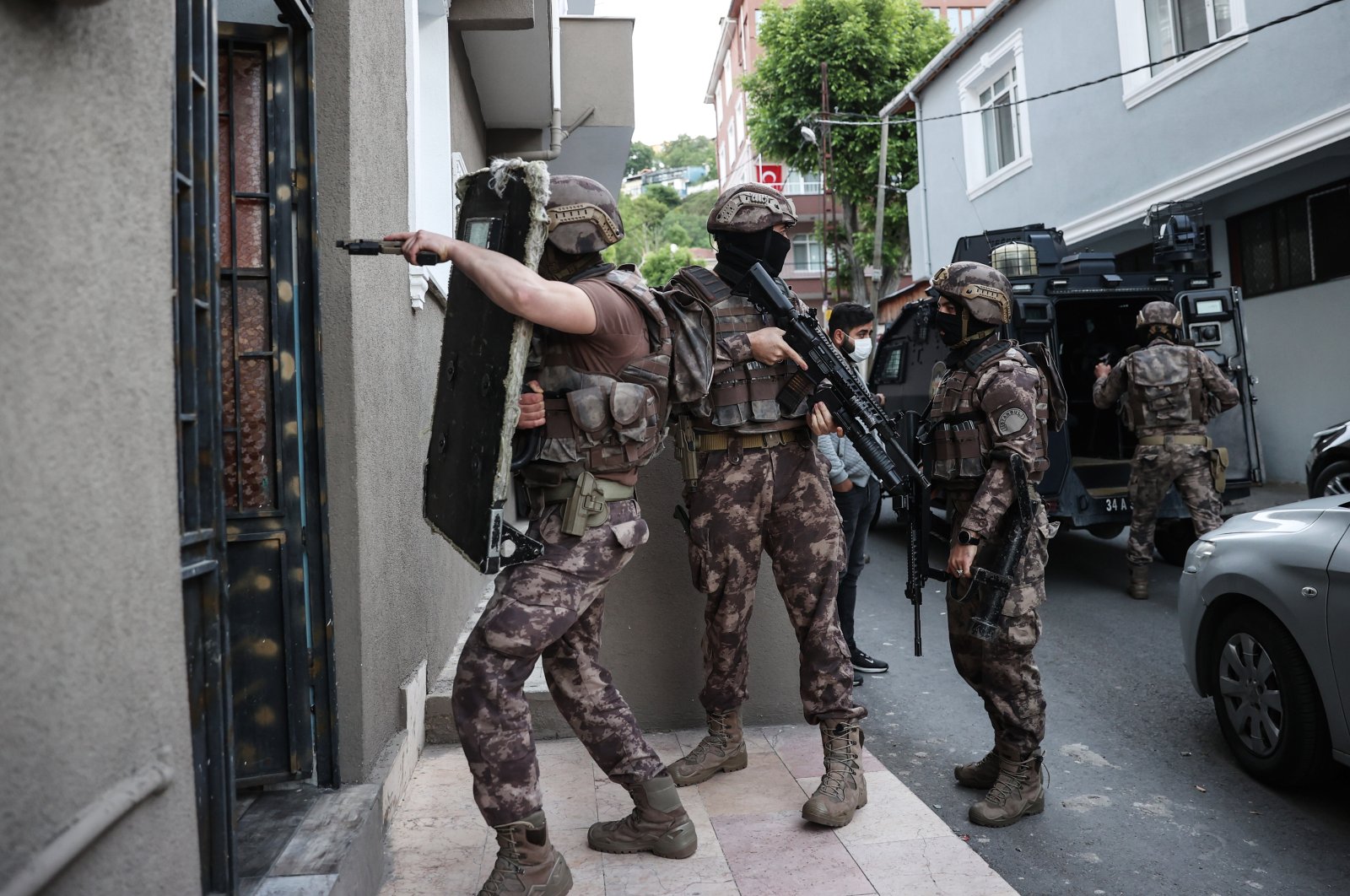 A PKK terrorist who was in the grey category of the Turkish Interior Ministry’s most wanted list was killed by security forces in southeastern Mardin province, the Defense Ministry announced on Saturday.

A total of seven terrorists were killed in an operation conducted by provincial gendarmerie units with the support of a gendarmerie armed drone (J-SIHA) and the Air Forces Command on May 8 in the countryside Nusaybin district of Mardin.

One of the terrorists, identified as Serhat Ericek, codenamed Rızgar Koçer, had worked for the terrorist group in the Bogok area of Mardin. He was in the grey category of the Interior Ministry's wanted list with a reward of up to TL 500,000 (nearly $60,000).

The wanted list is divided into five color-coded categories, with red as the most wanted, followed by blue, green, orange and grey.

Ericek was among the terrorists who carried out an attack with a handmade explosive device in the Sarıköy area of Idil district in Şırnak province on Dec. 9, 2019, killing Officer Esma Çevik and Sgt. Kemal Sayar.

In its more than 35-year terror campaign against Turkey, the PKK – listed as a terrorist organization by Turkey, the United States and the European Union – has been responsible for the deaths of 40,000 people, including women, children and infants.

The Defense Ministry frequently voices that the country will continue its intensified counterterrorism operations until the last terrorist is eliminated.

Turkish security forces have foiled 25 terrorist attacks in the past month and they regularly conduct counterterrorism operations in the eastern and southeastern provinces of Turkey, where the PKK has attempted to establish a strong presence.

Meanwhile, Turkey's successful counterterrorism operations coupled with its persuasion efforts strategy have accelerated the dissolution of the terrorist group. The number of people joining the PKK organization has significantly decreased over the years, to the extent that the majority of people now have little or no interest in joining them. According to statistics, 703 people joined PKK in 2016, whereas in 2017 it declined to 161 and in 2018 it was 136. In 2019 this number further declined to108.

Apart from conducting counterterrorism operations within the country, security forces also carry out cross-border operations in northern Iraq and Syria. Recently, Turkey killed the PKK's Syria head, Sofi Nurettin, in a joint operation carried out by the National Intelligence Organization (MIT) and the Turkish military. The terrorist who was killed in northern Iraq had led its armed wing and had previously taken part in several terrorist attacks on Turkish security forces.