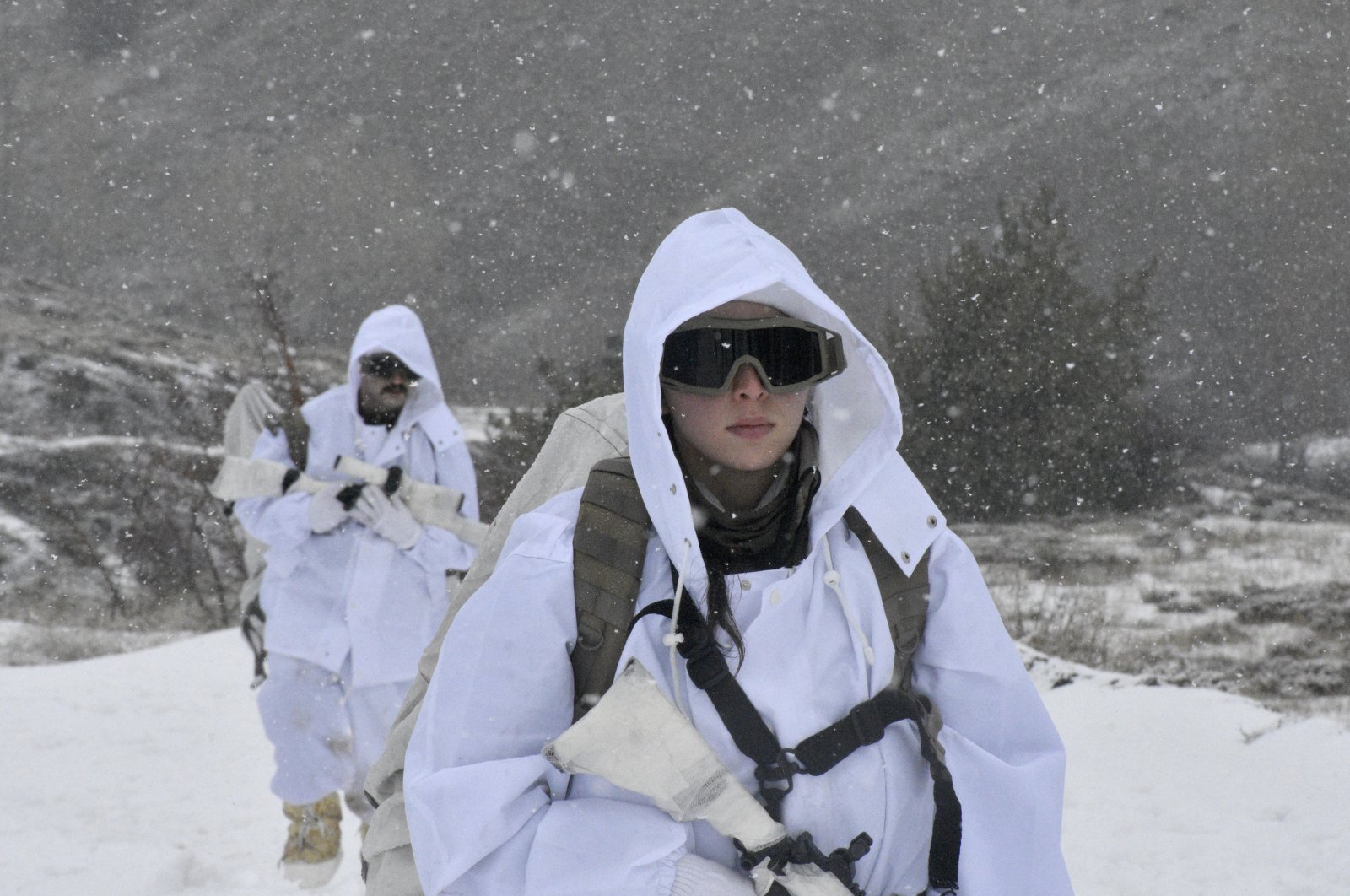 The special forces department of the Gümüşhane police station supports the tactical and search operations conducted by the gendarmerie in the eastern Black Sea region of Turkey.

The PÖH teams also carry out raids on empty houses in rural areas to prevent the PKK from finding shelter in winter and to stop terrorists from infiltrating the region amid harsh winter conditions.

Ten women who joined the PÖH recently also take part in the operations. One of the female special forces officers elaborated that she and her friends went through difficult training.

A commissary working at the Gümüşhane special forces department told Anadolu Agency (AA) that they work 24/7 not only in residential areas but also in rural areas to prevent the PKK from taking shelter in the mountains.

“We continue our duty despite snow and winter with our female personnel. Harsh conditions are no obstacle for us,” he said.

The activities and operations of security forces in the past three years almost eradicated the PKK threat from the eastern Black Sea region.

Ten so-called high-ranking terrorists, some of whom are on the Interior Ministry’s most wanted list, were killed by security forces in the past three years while one was captured and four surrendered.

Yet, security forces also carry out operations abroad where the terrorist organization poses a threat. The Turkish Armed Forces (TSK) regularly conducts cross-border operations in northern Iraq, a region where PKK terrorists have hideouts and bases from which to carry out attacks against Turkey.

In northern Iraq, Turkey had launched operations Claw-Tiger and Claw-Eagle last June to ensure the safety of the Turkish people and borders by eliminating the threat of the PKK and other terrorist groups.

The Defense Ministry on Wednesday announced that Claw-Eagle 2 was launched in Iraq’s Gara region and that the operation continued successfully.

The ministry in a written statement said that the PKK was preparing with determination for a large attack and that the terrorist organization continues to establish trenches and hideouts in northern Iraq.