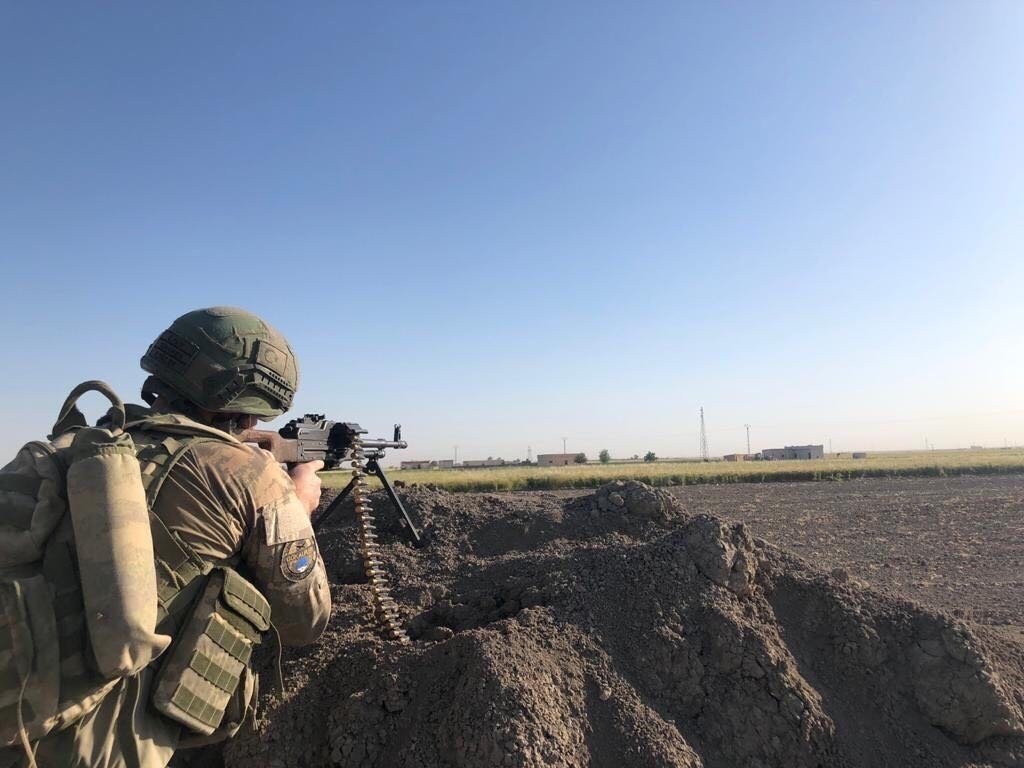 A Turkish soldier participates in counterterrorism operations in northern Syria in this undated file photo. (DHA File Photo)
by DAILY SABAH
Oct 06, 2021 11:05 am

Turkish security forces in a coordinated operation with the National Intelligence Organization (MIT) on Wednesday killed a high-ranking PKK terrorist in northern Iraq.

Özcan Yıldız, code-named "Doctor Rodi," was among those who participated in the terrorist attack that took place in the Dağlıca district of southeastern Turkey's Hakkari province in 2012 in which eight Turkish soldiers were killed. Yıldız was targeted in the Gara region.

Yıldız, who joined the terrorist organization in 1999, participated in many bloody acts in the country for many years.

Escaping to northern Iraq in 2013, Yıldız was responsible for the actions carried out in areas like Qandil, Zap, Avashin and Sinjar.

It was determined that Yıldız, who was followed by MIT for a long time, was assigned to the Gara area in 2020 to oversee the members of the organization.

Yıldız secured his place on the target list with his participation in the Dağlıca attack and was killed in the special MIT operation.

There are now fewer than 189 terrorists operating within Turkish borders, Turkey's Deputy Interior Minister Ismail Çataklı said Tuesday, adding that the figure has not been this low in decades. Turkish security forces eliminated a total of 95 terrorists in September, the minister also said.

Çataklı said that Turkey's fight against terrorism will continue until the last terrorist is eliminated and that the country must always remain vigilant against the threat of terrorism.

From April 15 to Oct. 1, a total of 10,850 operations were conducted by security forces and more than 125 terrorists were killed, he said, adding that over 400 shelters used by terrorists were destroyed and a huge cache of arms and ammunition were seized.

Turkey launched Operations Claw-Lightning and Claw-Thunderbolt on April 23 in northern Iraq’s Metina and Avashin-Basyan regions near its borders. The PKK are being heavily targeted in the Metina, Avashin-Basyan, Zap and Qandil regions in northern Iraq. In addition to F-16 fighter jets, the operations are being supported by border artillery units, fire support elements on the frontlines and attack helicopters.

In mid-2014, the PKK also managed to establish a foothold in Sinjar on the pretext that it was protecting the local Yazidi community from Daesh. Since then, the PKK has reportedly established Sinjar as a base for its logistical and command and control activities. Iraq’s Kurdistan Regional Government (KRG) previously said that the PKK’s presence in Sinjar is unacceptable and called for the terrorists to leave the area.