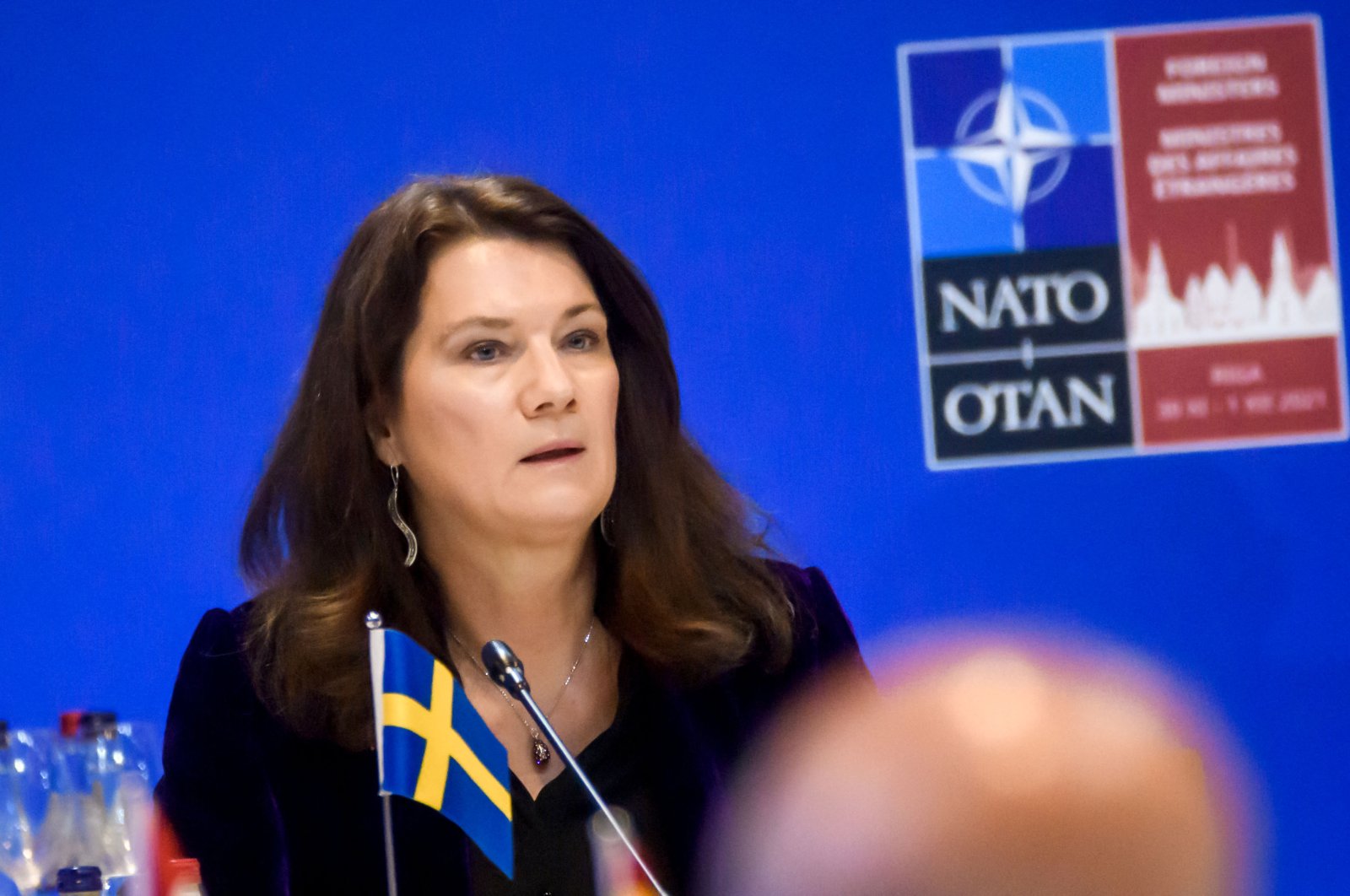 Swedish Foreign Minister held a meeting with one of the ringleaders of the terrorist PKK's Syrian offshoot YPG, as the country pledged to boost assistance in Syria to $376 million in 2023.

After holding a meeting with Ilham Ahmed, one of the ringleaders of the YPG, Foreign Minister Ann Linde and her delegation discussed Sweden’s cooperation with the terrorist group.

Turkish Foreign Minister Mevlüt Çavuşoğlu previously criticized Linde for cooperating with terrorists, as he said the country should make a clear distinction between YPG terrorists and Kurdish people and to refrain from backing the PKK and its affiliates and ignoring its human rights violations.

The country has also pledged to increase its regional strategy volume to $376 million in 2023. A statement by the ministry noted that the funds would not be channeled through armed groups, would not be used for political purposes and that Sweden will not cooperate with the Assad regime.

This was not the first time Sweden held meetings with terrorist leaders. Official delegations frequently visit northeastern Syria to meet with the YPG terrorists.

According to Anadolu Agency (AA), Sweden even has a contact office in the Malikiyye district of Hassakeh. The office enables coordination between the Swedish government and the YPG.

The SDF is a rebranded version of the PKK’s Syrian wing the YPG and with which the United States has partnered under the pretext of fighting Daesh.