Syrian family enjoys first Ramadan in Afrin since their return 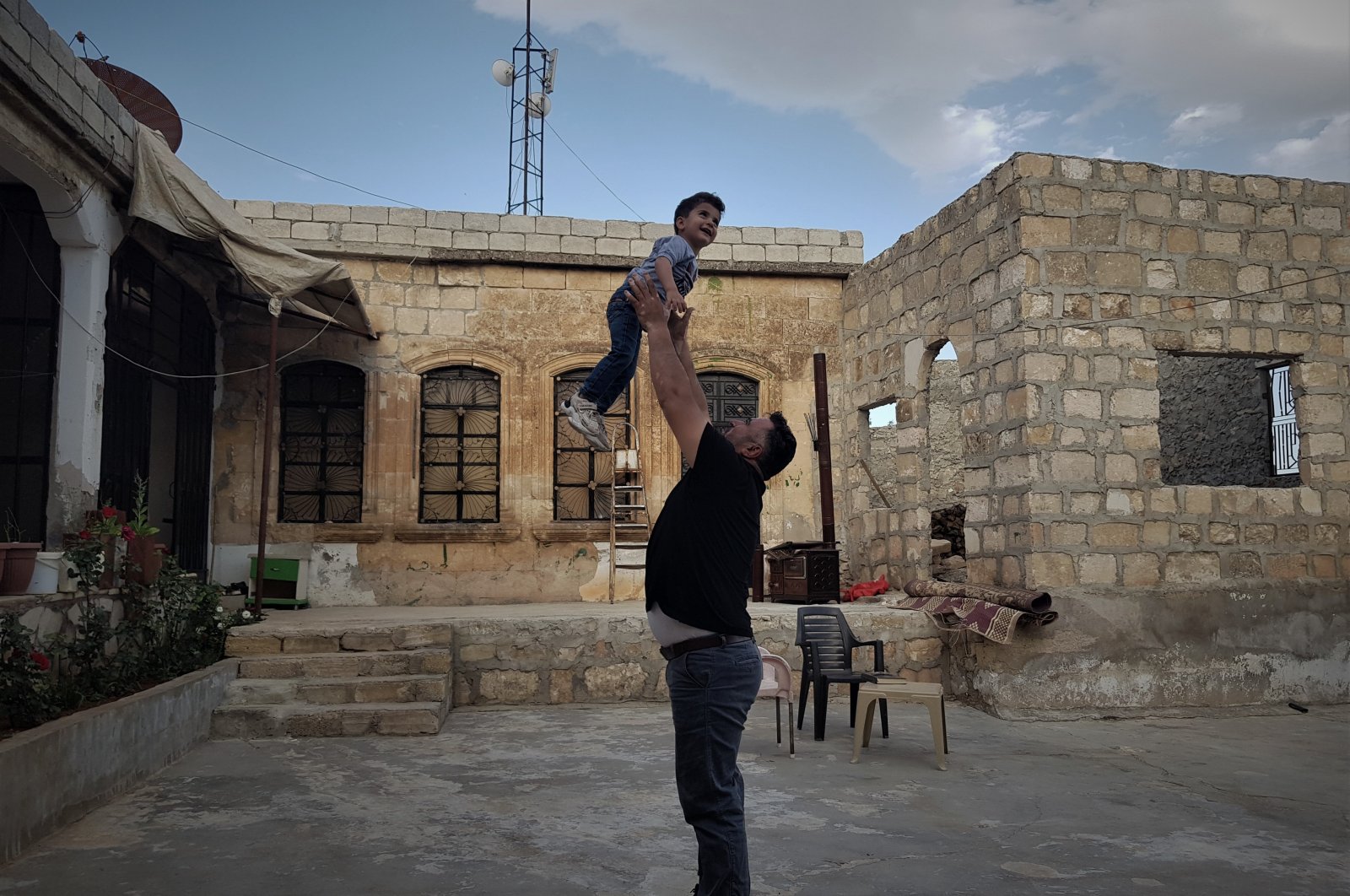 A Syrian family enjoys the first holy month of Ramadan at home after years away from their hometown of Afrin, which was cleared of YPG terrorists during Operation Olive Branch

A Syrian man who had to flee the war-torn country and take refuge in Turkey due to the PKK-affiliated YPG's practice of forceful recruitment is now enjoying the first holy month of Ramadan after years away from his hometown Afrin, which was cleared of the terrorist group by Operation Olive Branch.

Mustafa Halil left northern Syria's Afrin after the YPG occupied the region and started to implement oppressive policies against local people, including the forceful recruitment of civilians and children. He came to Turkey in 2016. After Halil and his family left Afrin, the terrorist group transformed the family's house into a temporary military base.

The Halil family, including Mustafa, his wife and their four children, is one of the hundreds of families who have returned to Afrin after Turkey's Operation Olive Branch liberated the region from terrorists in 2018.

Speaking to Anadolu Agency (AA), Mustafa said that they lost their freedom and liberty after the YPG occupation in Afrin.

The terrorist group tried to deceive local people with false promises, he said and added: "The group told people that they have a so-called democratic administration, but it did not reflect the truth."

The YPG terrorist group accelerated its efforts to forcefully recruit civilians after 2016, Mustafa said, recalling that he and his 14-year-old daughter were forced to join.

"The group threatened us into joining them. Regardless of Kurdish or Arab, they disrupted the peace by intimidating people with threats."

He experienced health problems due to psychological stress and decided to flee the town with his family in 2016, he said.

After the liberation of the town in 2018, they decided to return and permanently moved back last year, Mustafa said and added: "We made a voluntary return and came back to the house where my whole family's life was spent. This our first Ramadan since our return to Afrin. We are very happy."

Operation Olive Branch was launched on Jan. 20, 2018, in cooperation with the Syrian National Army (SNA) and successfully ended on March 24, 2018, six days after Afrin was liberated from the occupation of the YPG.

In harsh land and winter conditions, the operation was conducted against approximately 8,000 and 10,000 YPG terrorists stationed in the region. While the Turkish Armed Forces (TSK) and SNA took all possible measures to protect civilians and residential areas, the terrorist group used civilians as shields to prevent the operation.

Thanks to the measures taken by Turkish security forces, civilians started to return to their homes on March 20, 2018. Since then, the population of the district has reached 350,000 with rapid improvements in the region's infrastructure.

Local people living in areas held by the YPG have long suffered from its atrocities, as the terrorist organization has a notorious record of human rights abuses, ranging from kidnappings, recruitment of child soldiers, torture, ethnic cleansing and forced displacement in Syria. The YPG has forced young people from areas under its control to join its forces within the so-called "compulsory conscription in the duty of a self-defense law." Under this practice, young people between the ages of 18 to 30 are forcefully recruited for nine months, with the possibility of an extension, if necessary. Those who refuse to join the group "face serious repercussions," including imprisonment.