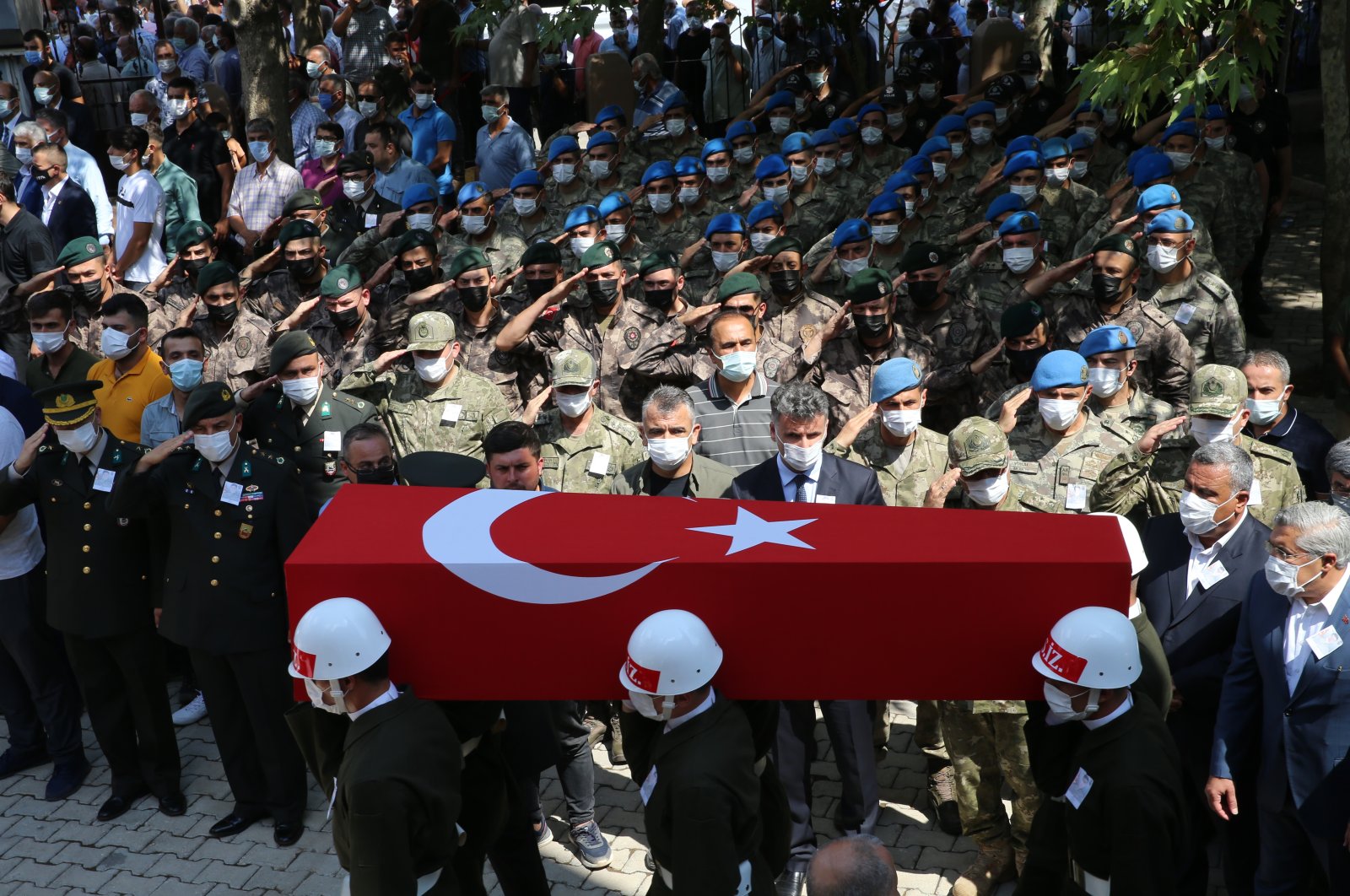 A Turkish soldier was killed and another injured in a terrorist attack in an operation zone in northern Iraq, the Defense Ministry said on Sunday.

The casualties occurred when the PKK terrorist group attacked a Turkish military vehicle outside a base in the Operation Claw-Lightning zone, the ministry said in a statement.

Turkey has long been stressing that it will not tolerate terrorist threats posed against its national security and has called on Iraqi officials to take the necessary steps to eliminate the terrorist group. Ankara previously noted that if the expected steps were not taken, it would not shy away from targeting terrorist threats.

PKK targets are being struck in the Metina, Avashin-Basyan, Zap and Qandil regions. In addition to F-16 fighter jets, border artillery units, attack helicopters and fire support elements on the front lines are participating in the operation.

Sunday’s attack came after three Turkish soldiers were killed and two others wounded in a terrorıst attack in the Idlib de-escalation zone in northwestern Syria.

"Our companions were killed in a vile and infamous attack," said Defence Minister Hulusi Akar during his visit to southern Hatay province, while the presidency vowed to avenge the killings.

The attackers targeted "a unit returning from a patrol," the ministry said, without giving details on the type of assault.

Offering his condolences to the families of the dead soldiers, Turkish presidency spokesperson Ibrahim Kalın said on Twitter that "none of our martyrs will go unavenged."

After several successive offensives by regime forces, a ceasefire was negotiated with the Syrian regime. The truce, brokered by neighboring Turkey and Syrian regime ally Russia, has largely been in force since March 2020, despite sporadic clashes.

Northwestern Syria is home to some 4 million people, many of them displaced by the civil war that has killed a half million people and displaced half the country’s pre-war population of 23 million, including more than 5 million who are refugees outside the country.

In February last year at least 33 Turkish soldiers were killed in an airstrike in Idlib, leading to massive Turkish retaliation against pro-regime forces.