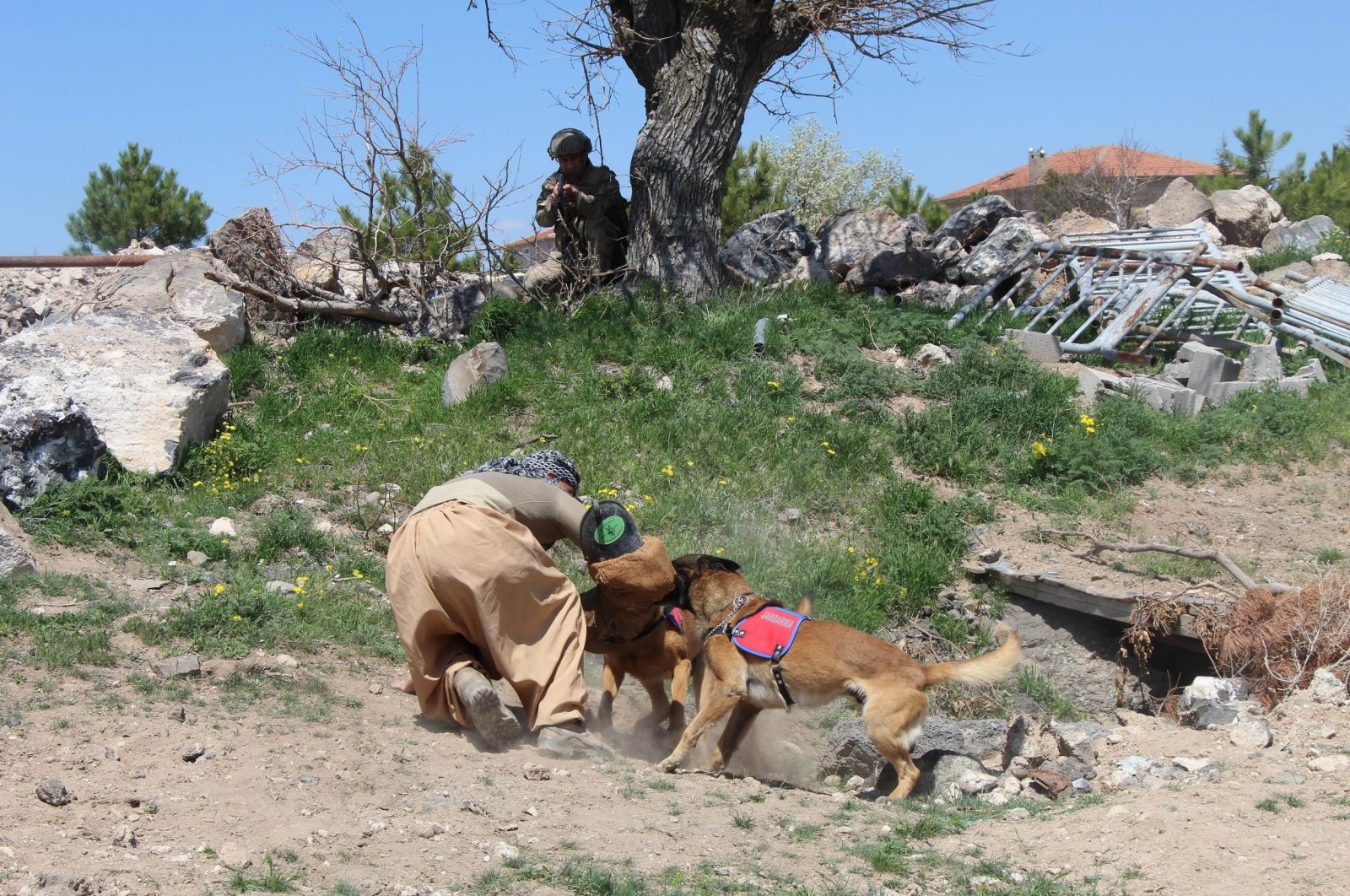 After receiving a 52-week training program in the JAKEM command, trained dogs are used in the field to detect the locations of mines, explosives and ammunition belonging to terrorist groups.

In a drill held by the command, gendarmerie teams destroyed a bomb placed on a railroad by a terrorist group member after trained dogs detected the explosive.

Sniffing dogs also found terrorist group members hiding in a cave, and supplies kept by the group in the cave were also detected by the dogs in the drill.

The center's captain, Lt. Aydın Tekin, said that mine detection dogs can find all explosives, weapons and ammunition, including anti-personnel and anti-tank mines, planted up to 30 centimeters (11.81 inches) under the soil.

Lt. Mehmet Ali Yalvar also said that dogs used in operations can be effective in all kinds of open areas, caves and shelters, inhabited neighborhoods, buildings and their annexes, and in vehicles, in cases with a high probability of armed conflict, especially terrorist incidents and hostage rescue operations.

Supply dogs, on the other hand, find all kinds of provisions hidden from a depth of 10 centimeters to 200 centimeters below ground level, he added.