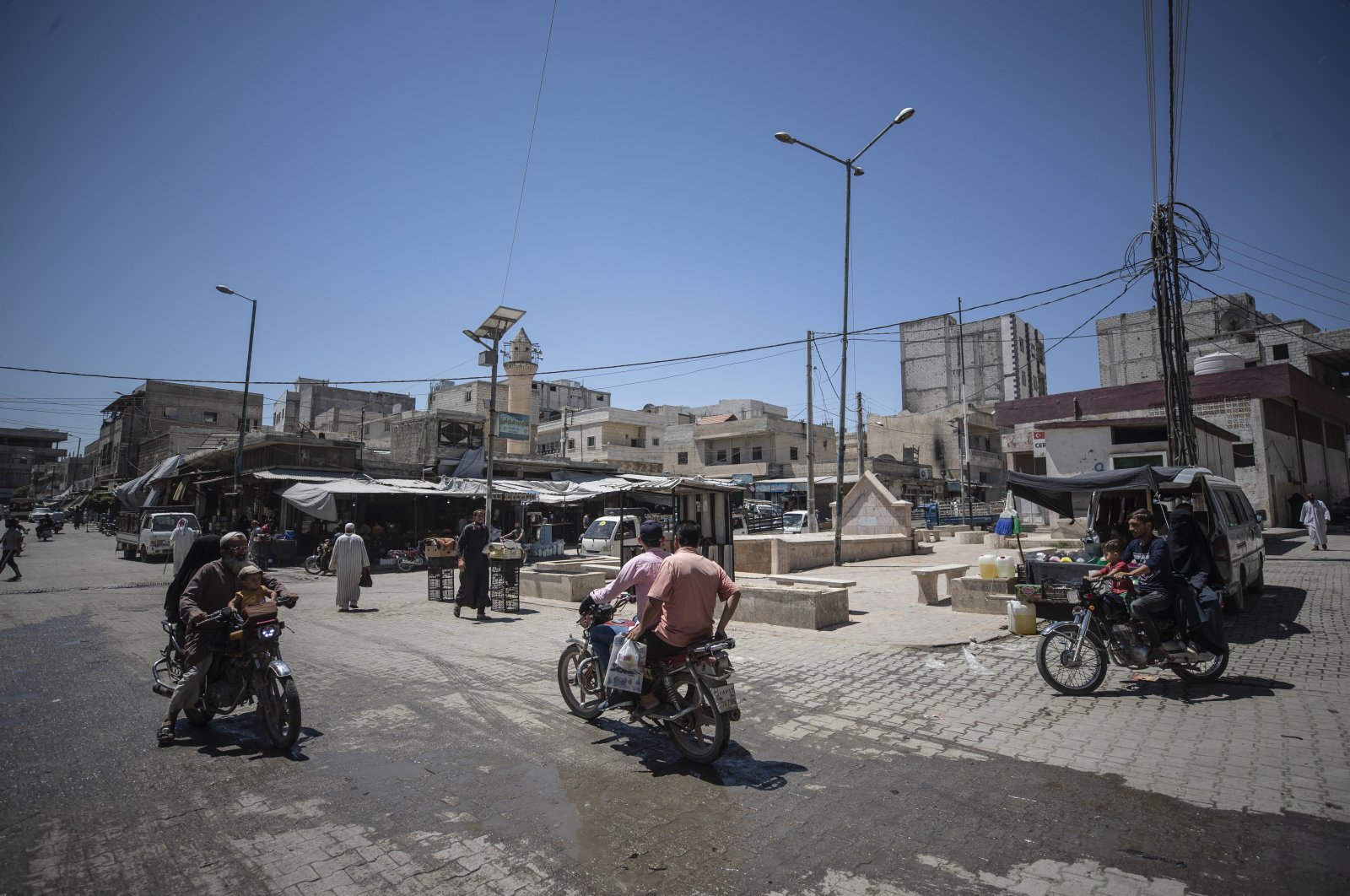 "After the attack targeting civilian areas in the Euphrates Shield area started, a notification was sent to the Russian Federation to stop the firing (by the regime), and the identified (regime) positions were fired at in retaliation," the ministry said on Twitter.

It added that the ministry closely follows developments and that Turkish troops in the region have been alerted.

The area has been targeted for a second time this month. On March 5, the Bashar Assad regime and Russia targeted the same areas with ballistic missiles. Four civilians were killed and another 28 were wounded in the attacks, while a lot of trucks carrying oil were destroyed.

Since 2016, Turkey has launched a series of successful counterterrorist operations across its border in northern Syria to inhibit the formation of grassroots terrorist groups and enable the peaceful resettlement of the country's inhabitants.

It launched the operations Euphrates Shield, Olive Branch and Peace Spring in 2016, 2018 and 2019 respectively.

Turkey aims to facilitate the safe return of Syrian refugees, restore peace and stability in the region, and ensure Syria’s territorial integrity.

Turkey has become a hub for millions of refugees forced to abandon their country. Since the beginning of the Syrian civil war in 2011, Turkey has provided shelter and humanitarian aid to vulnerable people. The country hosts over 3.6 million Syrian refugees.

As the result of a series of successful operations in northern Syria, Turkey launched a rehabilitation process, reconstructing hospitals, schools, mosques and roads destroyed by the Assad regime and the PKK/YPG to secure the safe return of refugees who were forced to desert their country due to the war and unrest caused by terrorist attacks.