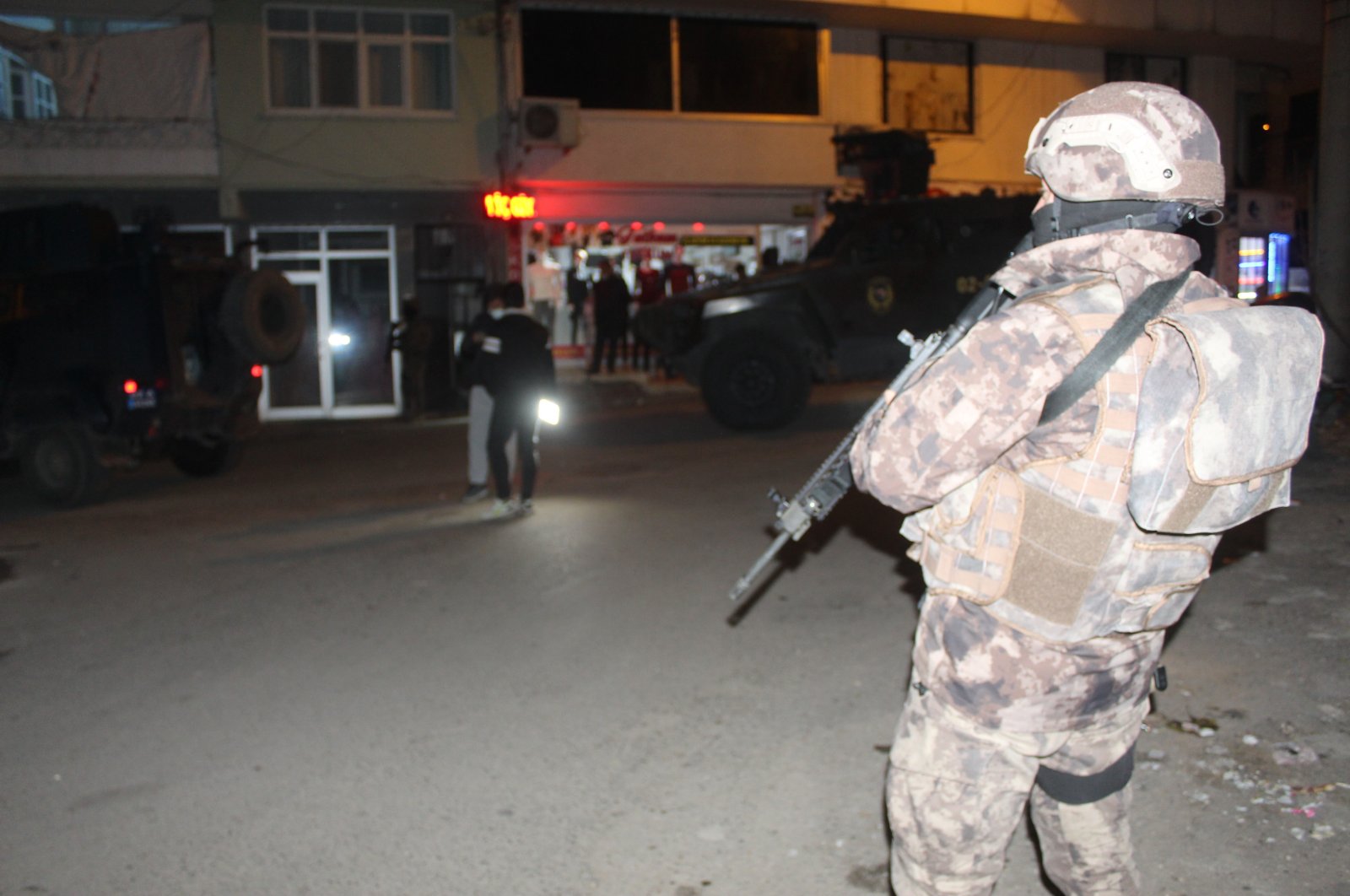 Turkey dealt a heavy blow to the Daesh terrorist group in nationwide operations in February and prevented potential terror attacks.

The security forces thwarted attacks in many cities, especially in Istanbul, the capital Ankara and the southern Adana province.

A total of 165 suspects were detained in operations against Daesh last month, 55 terror group members were remanded and documents, arms and ammunition belonging to the group were seized, according to information compiled by Anadolu Agency.

An alleged assassin linked to the Daesh terror group was arrested in the northwestern Yalova province, Interior Minister Suleyman Soylu announced on Feb. 1.

In a statement, local police later announced that a total of 14 suspects – 12 Iraqi nationals, one Moroccan and one Turkish national – including the alleged assassin, had been arrested in the Yalova-based operation, of whom eight had been remanded in custody and another six suspects were released on bail.

The suspected assassin, who was identified as A.Y., is also thought to have been in charge of smuggling militants whose Daesh links have been exposed to and from Turkey and Europe. The statement said another suspect, identified as A.G., who had been caught, was thought to be a high-profile member of the terror group.

A.Y., according to the statement, was caught while planning to flee Turkey for Iraq.

The Jordanian suspect, identified only with initials A.Z.A.A.D., was arrested in an anti-terror operation in the Sakarya province, according to the Interior Ministry.

It noted that the suspect was "the group's so-called deputy education minister in charge of all educational institutions" in areas Daesh invaded in Iraq and Syria between 2014-2017.

The ministry also said the terror suspect brutally murdered people he took prisoner in the same areas and published footage of the acts on social media.

A suspect, who was determined to be the so-called head of "financial affairs" of the terror group in Syria's Raqqa, was arrested in the southern Mersin province, the local gendarmerie command said in a statement on Feb. 17.

He was nabbed in an operation at his address.

A mobile phone and digital materials were also seized during the search of his premises.

Six people, including a Libyan and five Russian nationals, attempting to illegally enter Turkey from Syria, were nabbed by the Turkish security forces near the border, the Turkish National Defense Ministry said on Feb. 17.

It was found that the woman, a Russian national and wanted Daesh terrorist sought by Interpol with Red Notice, was among those captured.

After prosecutors' interrogations, one Russian and one Libyan national were taken to the criminal judge of peace on duty and arrested for "being a member of an armed terrorist organization", while the other suspects were deported.

Additionally, French citizen Sarah Talib, who was wanted by Interpol with Red Notice on the grounds of being a Daesh member, was detained by police teams in Ankara.

Separately, Turkish security forces caught three New Zealand nationals, including a wanted Daesh terrorist, near the border with Syria when they were trying to enter the country illegally, the National Defense Ministry said on Feb. 15.

"Three New Zealand nationals trying to enter our country illegally from Syria were caught by our border guards in Hatay's Reyhanlı district," the ministry said on Twitter.

Among those captured was a Daesh terrorist, a 26-year-old woman only identified by the initials S.A. She was wanted by Interpol with Blue Notice, a status issued to collect additional information about a person's identity, location or activities in relation to a crime.

Turkey was one of the first countries to declare Daesh as a terror group in 2013.

The country has since been attacked by Daesh terrorists multiple times. The terror group has carried out at least 10 suicide bombings, seven bomb attacks and four armed attacks, killing over 300 people and injuring hundreds more.