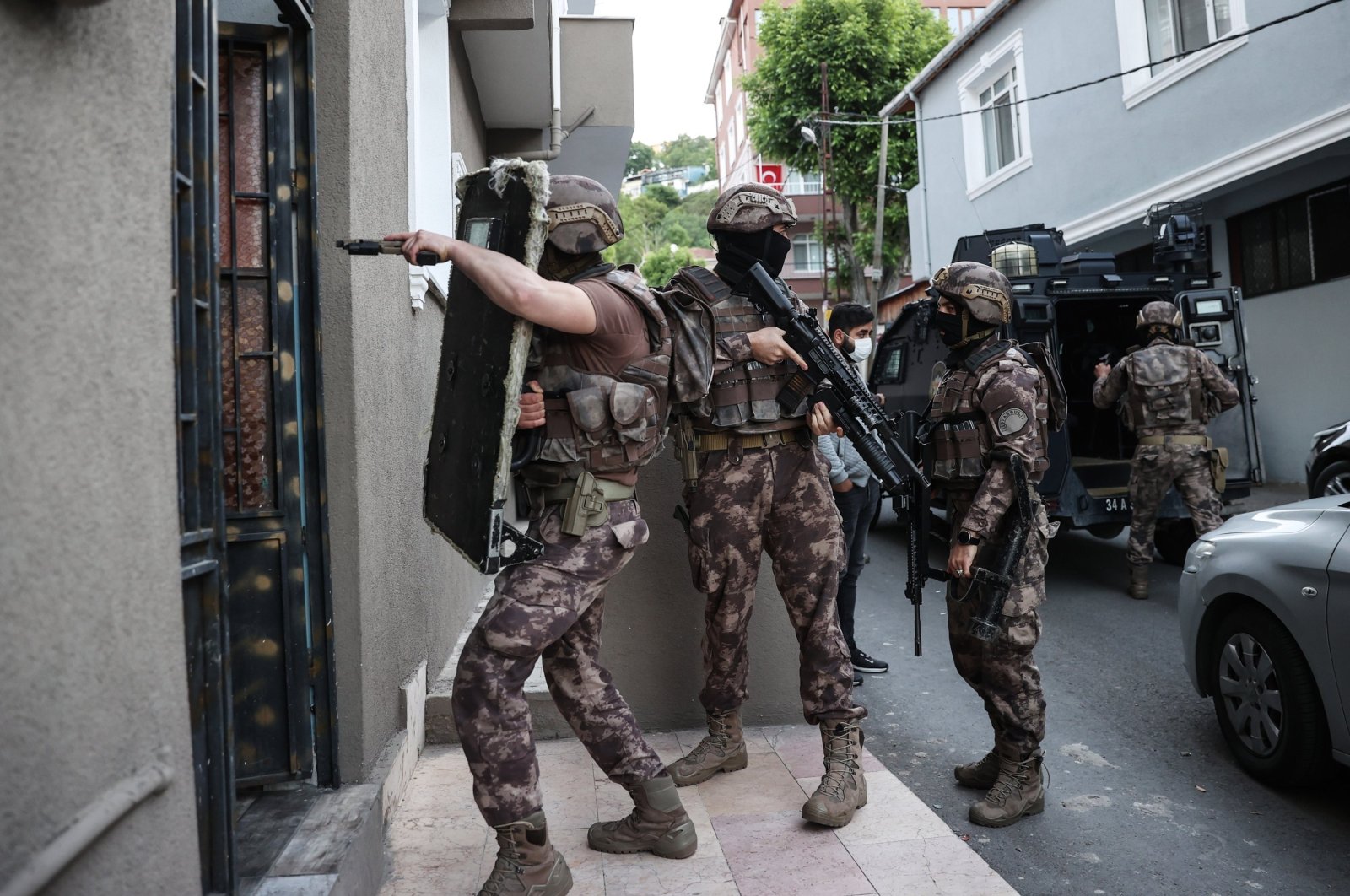 Turkey Saturday deported a Daesh terrorist who was arrested in Istanbul earlier this month for carrying a fake passport, according to police.

The Russian national, identified with the initials A. U. D., arrived at Istanbul Airport on Aug. 2 to travel to Moscow.

The suspect was arrested there for holding a fake passport, Istanbul police said.

After traveling from Egypt's capital Cairo and acquiring a false passport from Ghana, the suspect made several attempts to reenter Turkey this year but was arrested and sent back each time.

The issue of dealing with detained Daesh members and their families – including foreign members of the terrorist group – has been controversial, with Turkey arguing that foreign-born terrorists should be repatriated to their countries of origin, while several European countries have refused, saying the terrorists have been denationalized.

Since the beginning of the Syrian civil war in 2011, nearly 5,000 foreign fighters traveled from the European Union to conflict areas in Syria and Iraq, according to estimates by the European Union Agency for Law Enforcement Cooperation, better known as Europol.

Earlier this year in March, the Interior Ministry announced that Turkey has deported 2,764 foreign terrorist fighters (FTF) of 67 different nationalities since 2019.

In a written statement, the ministry indicated that the deportation of FTFs who come to join terrorist organizations, including the PKK, its various offshoots, and Daesh, continues.

The ministry underlined that most deportations were to France and Germany.

Although the terrorist group has been largely defeated in Iraq and Syria, its presence still poses a threat as individuals following its ideology encourage others to carry out violence. European analysts have also warned against attacks by Daesh, as isolated individuals not under the watch of intelligence services have become more common.

Turkey recognized Daesh as a terrorist group in 2013, and since then, the country has been attacked numerous times, including 10 suicide bombings, seven bombings and four armed assaults, which in total have killed 315 people and injured hundreds more.