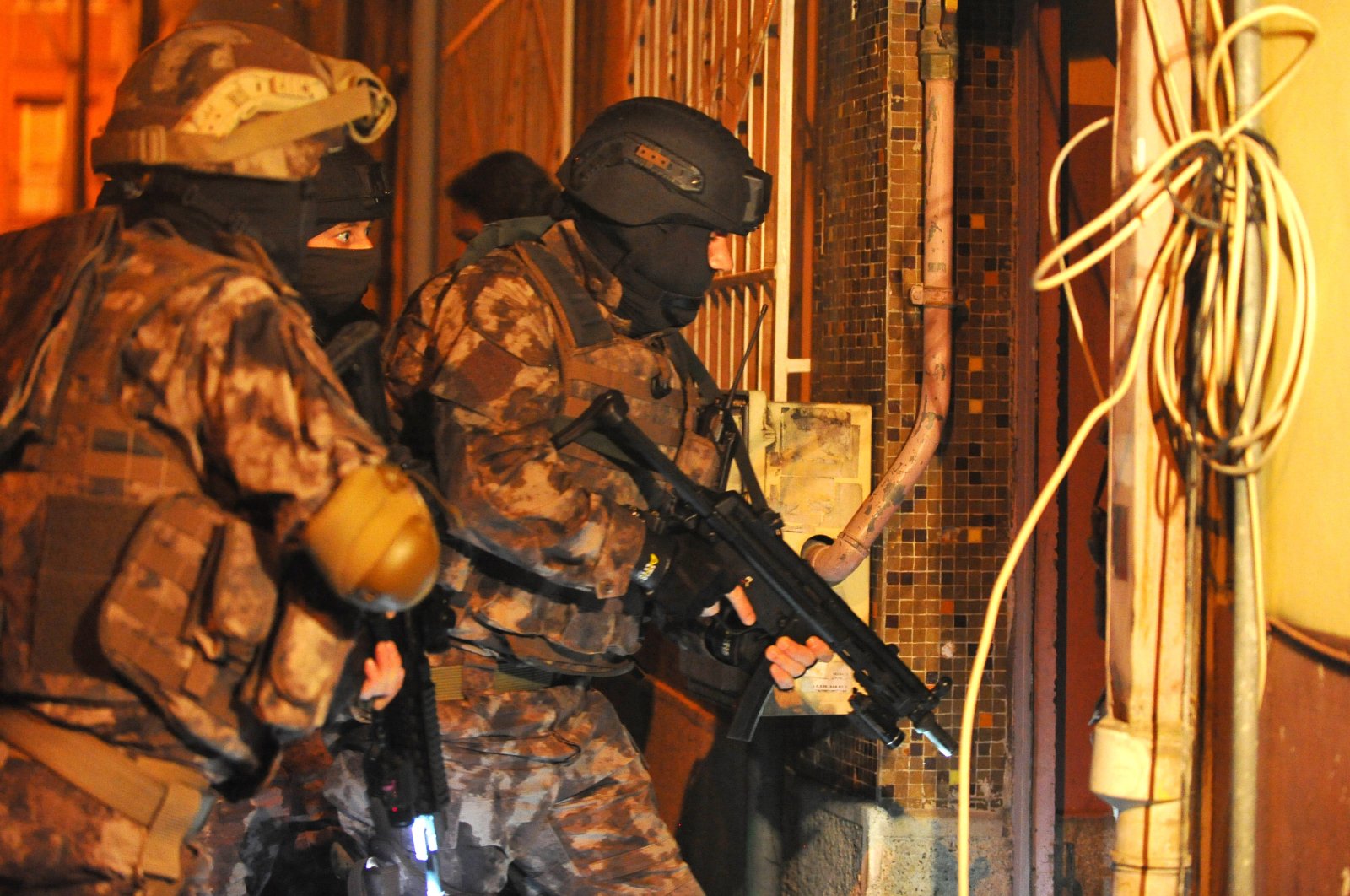 Police in Istanbul and Ankara detained at least 22 terrorist suspects linked to Daesh, al-Qaida and other terrorist groups as part of counterterrorism operations ahead of New Year's Day.

Operations were conducted in eight different districts in the country's largest metropolis. Suspects were transferred to the police station for testimony, the report said. In the capital Ankara, police detained 13 other Daesh-linked suspects.

The suspects had been in contact with Daesh in Iraq and Syria or assisted the terrorists. After giving testimony, they will be transferred to the local migration authority for deportation procedures, Anadolu Agency (AA) reported.

In 2013, Turkey became one of the first countries to declare Daesh a terrorist group. The country has since been attacked by the terrorist group multiple times, with over 300 people killed and hundreds more injured in at least 10 suicide bombings, seven bomb attacks and four armed assaults.

In response, Turkey launched counterterrorism operations within and abroad to prevent further attacks. In May, Ankara arrested a Daesh terrorist identified as the right-hand of former terrorist leader Abu Bakr al-Baghdadi.

Al-Baghdadi was killed in a United States military operation in Syria in 2019. Reports said that Turkish intelligence played a key role in al-Baghdadi's death by detaining and deporting one of his aides to Iraq, who then provided critical information to the U.S. authorities to help locate the vicious man.