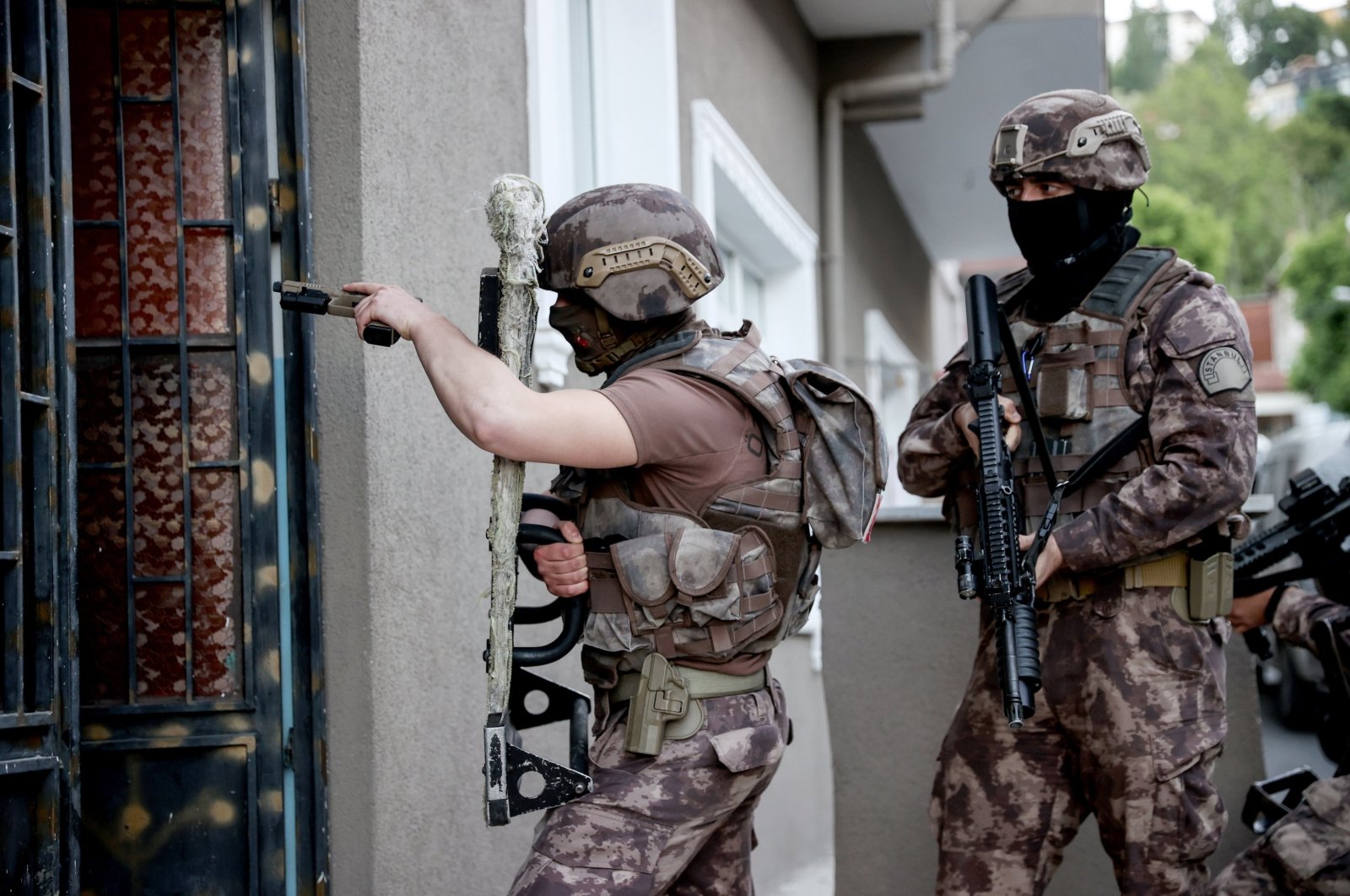 Turkish counterterrorism units enter a home during raids in an unspecified location in this undated file photo. (AA Photo)
by DAILY SABAH Jun 28, 2021 10:27 am
RECOMMENDED

The Ankara police intelligence unit discovered that 30 suspects, including 28 Iraqi and two Syrian nationals, had been communicating with Daesh terrorists in their respective countries.

The police detained 26 suspects in raids and transferred them to the local migration authority for deportation procedures.

Al-Baghdadi was killed in a U.S. military operation in Syria in 2019. Reports said that Turkish intelligence played a key role in the death of al-Baghdadi by detaining and extraditing one of his aides to Iraq, who provided U.S. authorities with critical information to help locate the vicious man.

As one of the first countries that recognized Daesh as a terrorist group in 2013, Turkey has been frequently conducting domestic and cross-border operations against the group for years in order to eliminate a major global terrorism threat. In 2021's domestic operations, 145 of the 850 – which includes several senior figures – have been imprisoned while some others have been repatriated. In addition, documents and ammunition belonging to the terrorist group were seized during these operations.