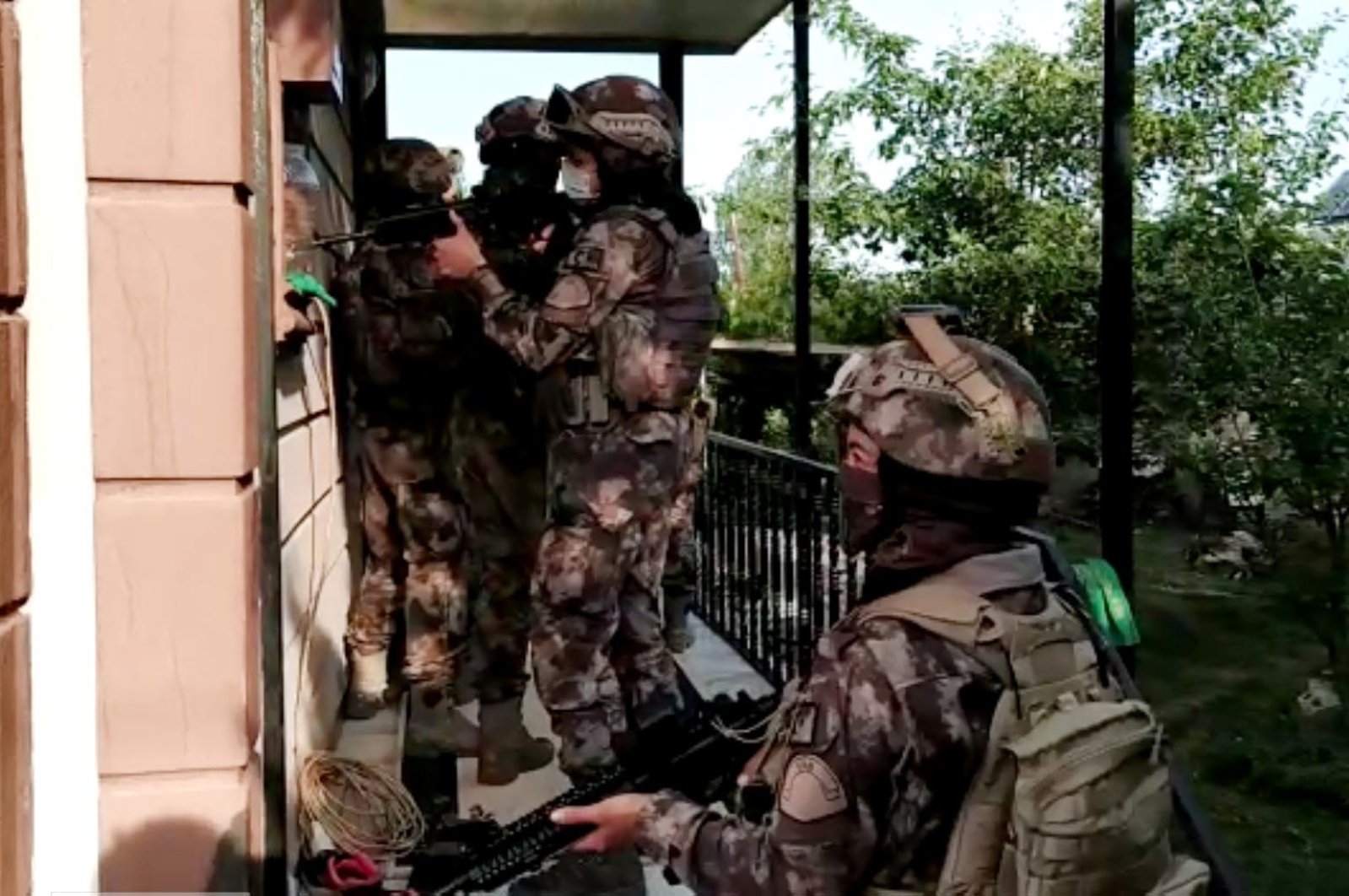 Police launched raids against the suspects in Ankara-based operations carried out in three other provinces, including Istanbul, Van and Tunceli.

The operation was conducted to find members of the KCK, which serves as an umbrella body of PKK terrorist group and its Syrian and Iranian offshoots PYD and PJAK, in addition to various armed, youth and women’s organizations.

They were carrying out activities under KCK’s so-called “Public Health Committee,” which included disseminating terrorist propaganda in communities and among women, with the goal to ultimately recruit more terrorists, according to a confession by one of the suspects.

One of the detained suspects had also treated terrorists during the Oct. 6-8 incidents in 2014 and other incidents during 2015.

The violence during Oct. 6-8 incidents killed two police officers and 35 people while injuring 435 civilians and 326 police officers. Most of the civilians who were killed were actually PKK supporters, who were attacked by HÜDA-PAR followers.