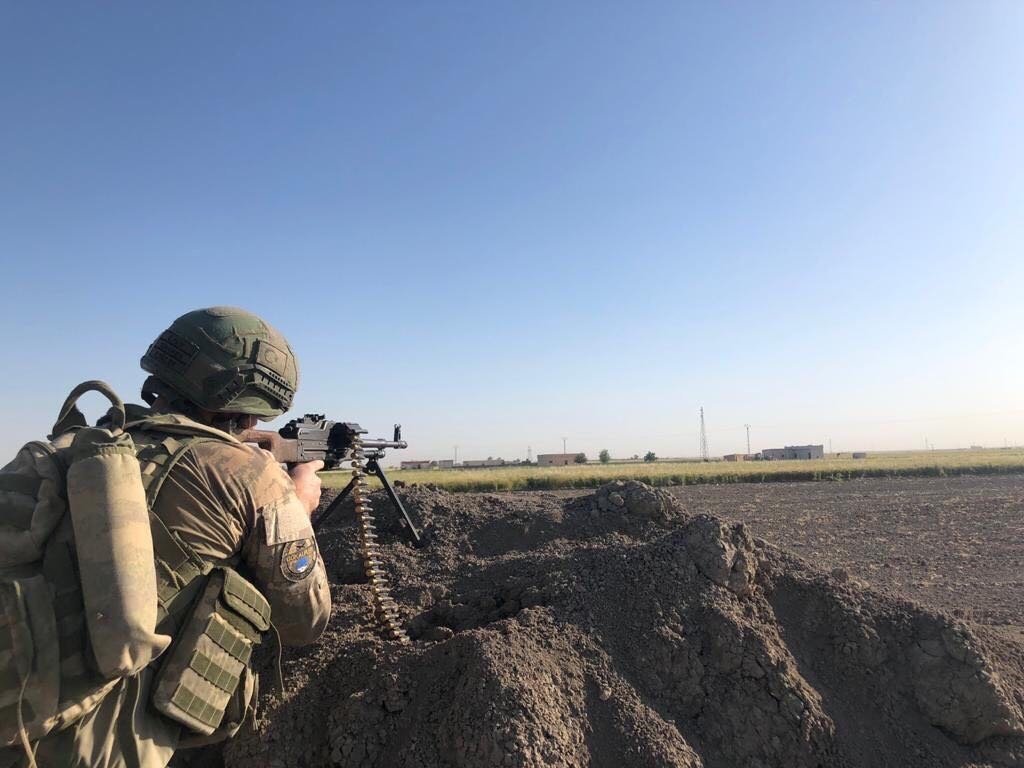 It was stated that the terrorists were in preparation for an attack.

In a social media post, the ministry said: "Another heavy blow to terrorists from our heroic commandos! Thirteen PKK/YPG terrorists, who were determined to be preparing to attack in the Euphrates Shield region in northern Syria, were neutralized with the successful intervention of our Turkish Armed Forces."

On March 29, 2017, then Prime Minister Binali Yıldırım announced that the operation was successfully completed. At the end of the operation, Turkey focused on providing security and stability in the region to create the necessary conditions for the return of civilians displaced due to terrorism.

Since 2016, Turkey has launched a trio of successful counterterrorism operations across its border in northern Syria to prevent the formation of a terror corridor and enable the peaceful settlement of residents – namely, the Euphrates Shield (2016), Olive Branch (2018), and Peace Spring (2019) operations.