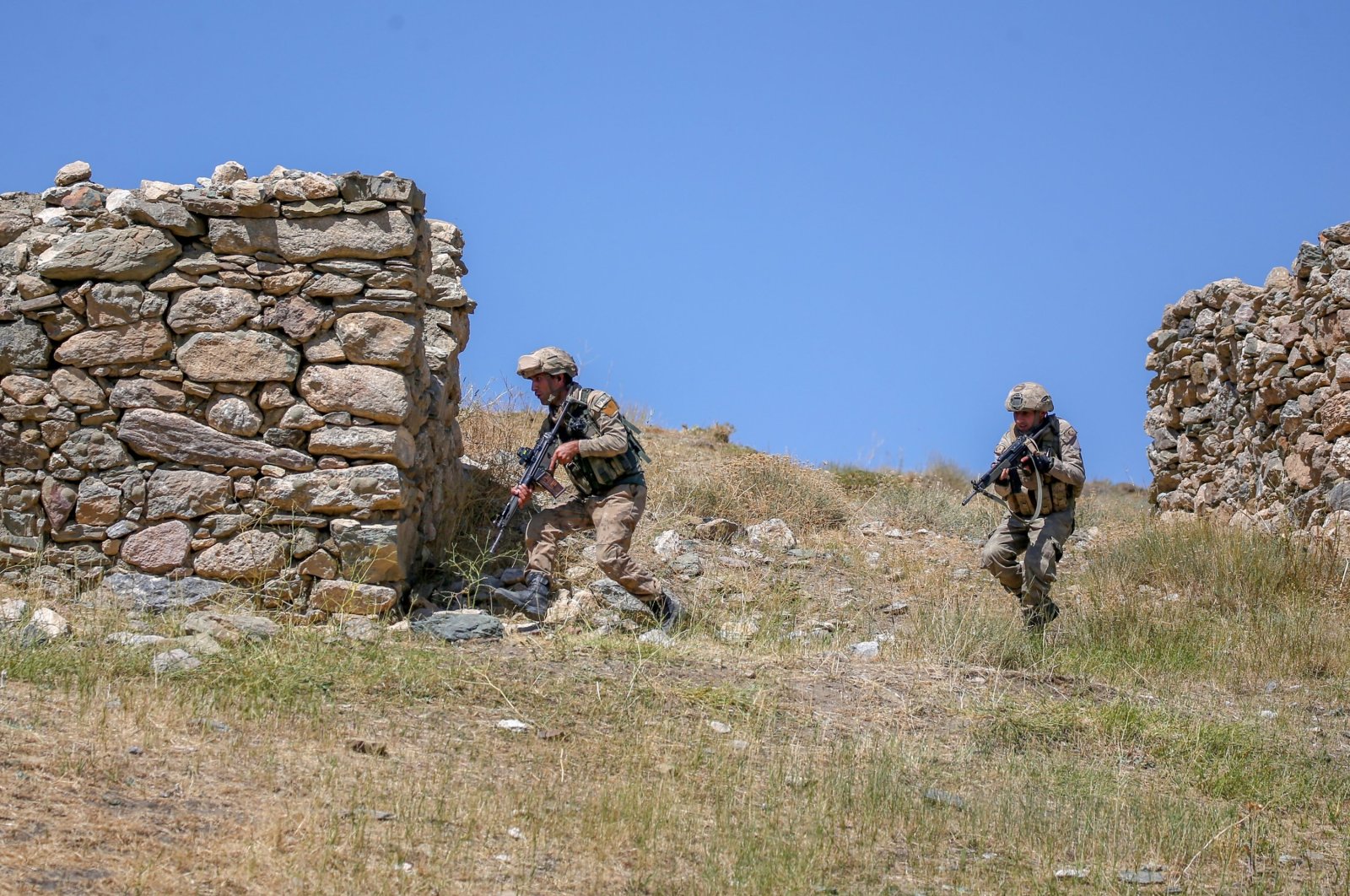 In a statement, the ministry said the armed terrorists were targeted by local gendarmerie forces in the Beytüşşebap district of Şırnak province during Operation Eren-13.

The gendarmerie forces utilized an armed unmanned aerial vehicle during the operation.

The ministry added that operations in the region are ongoing.

Operation Eren, named after Eren Bülbül, a 15-year-old killed by the terrorist PKK on Aug. 11, 2017, began in January of this year to eliminate terrorism in the country.

The Turkish Armed Forces (TSK) also regularly conducts cross-border operations in northern Iraq, a region where PKK terrorists have hideouts and bases from which to carry out attacks in Turkey.

In northern Iraq, Turkey launched operations Claw-Tiger and Claw-Eagle in June to ensure the safety of the Turkish people and the borders by eliminating the threat of the PKK and other terrorist groups.