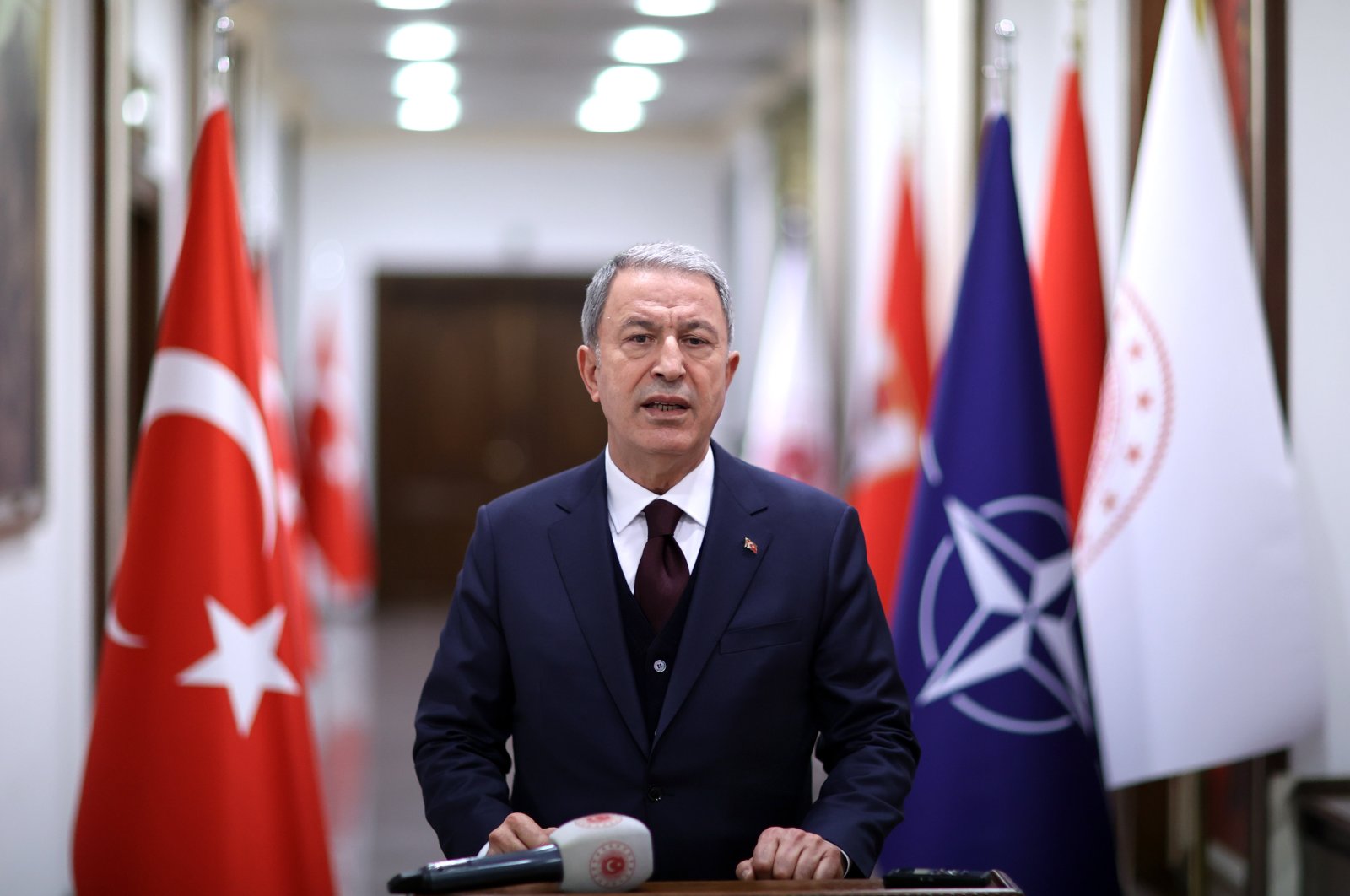 Turkey emphasized the importance of cooperation in the war against terror during a meeting of NATO defense ministers, Defense Minister Hulusi Akar said on Thursday.

Speaking after the two-day video conference, Akar underlined that terrorism was a common threat to the allies, which they must band together to quell.

“We emphasized that our fight against terrorism, primarily against groups like Deash, PKK/YPG and Gülenist Terror Group (FETÖ), were ongoing with determination. We also briefed (the members) about the Claw-Eagle 2 operation we have launched against the PKK,” the minister said.

“We also explained how this operation revealed the real extent of the threat the PKK poses, how it executed 13 of our people, and how the PKK and the YPG is basically the same terrorist group,” he said.

Last week, PKK terrorists executed 13 abducted Turkish citizens in a cave in northern Iraq during a Turkish counter-terror operation. In the operation, 48 terrorists were killed and two were captured alive.

According to Akar, member states and NATO Secretary-General Jens Stoltenberg offered their condolences during the meeting.

“Everyone should know that our fight against terror will continue with great will and determination until we avenge all our victims and the last terrorist has been neutralized,” Akar said.

On the topic of disputes between member states, Akar warned that the threat of sanctions can be damaging to the spirit of the organization.

“We clearly told our counterparts that threats of sanctions or license restrictions would only serve to weaken the alliance and the organization, as NATO can only be as strong as its members.”

The meeting’s conclusion coincided with the 69th anniversary of Turkey’s membership in NATO.

“As Turkey marked the 69th year as a member of NATO, we reiterated our will to play an active role in the organization and commitment to fully carry out our responsibilities,” Akar said.

“Overall, after we explained our expectations and offered our suggestions, we can say the meeting was productive.”