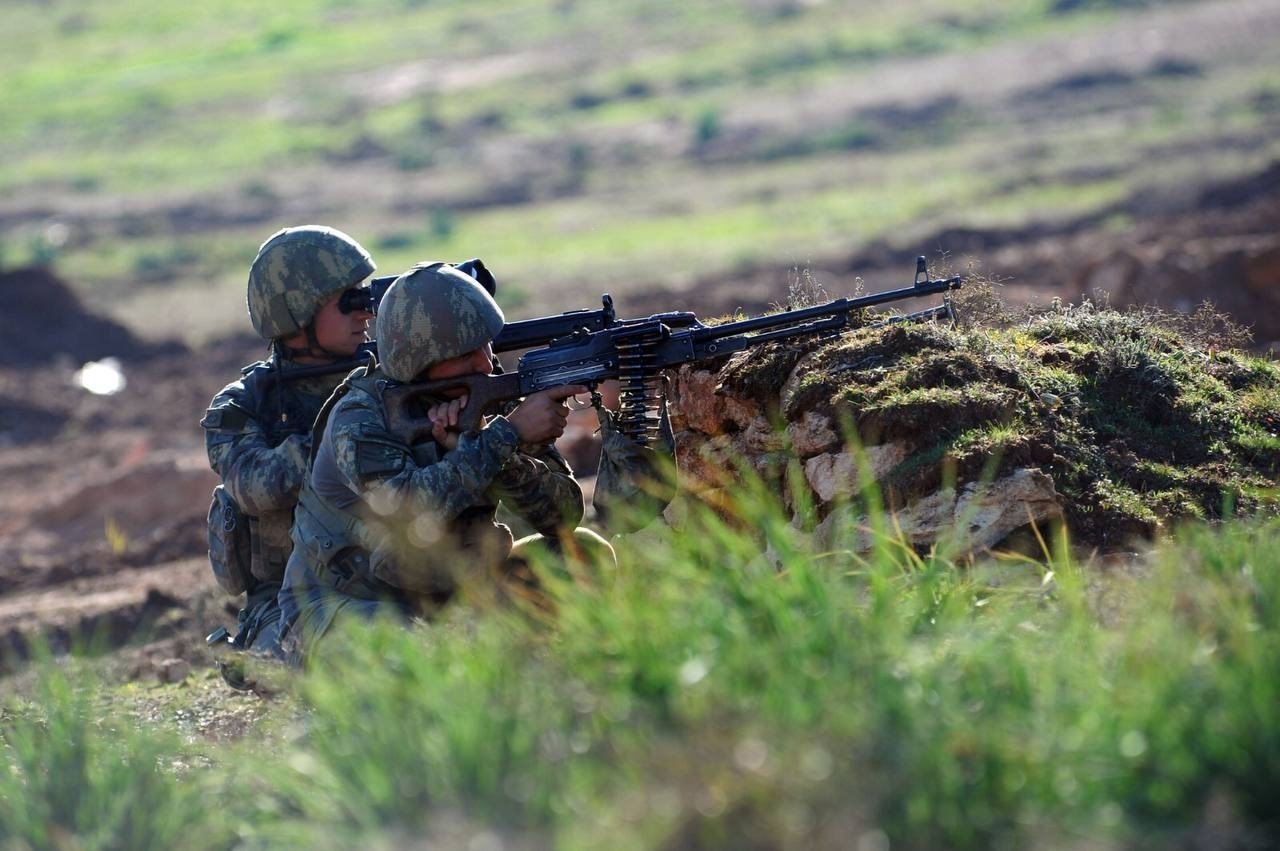 Turkish soldiers are seen during an operation against PKK terrorists in southeastern Turkey, May 4, 2021. (DHA File Photo)
by Anadolu Agency May 27, 2021 2:12 pm
RECOMMENDED

Turkish commandos and ground fire support vehicles neutralized 10 terrorists in the Operation Claw-Lightning zone and one in the Claw-Thunderstorm region, the ministry said on Twitter.

Turkey launched the operations on April 23 in northern Iraq’s Metina and Avaşin-Basyan regions near its borders.

The PKK terrorist group often hides out in northern Iraq, just across Turkey’s southern border, to plot terror attacks in Turkey. Ankara has long been stressing that it will not tolerate terror threats posed against its national security and has called on Iraqi officials to take the necessary steps to eliminate the terrorist group.

The supply cache was located when gendarmerie forces launched an operation to find hideouts, shelters and warehouses of the terrorist group in Turkey's Ipekyolu district of Van province, according to a statement from the provincial governor's office.

The ammunition was destroyed at the scene, it added.