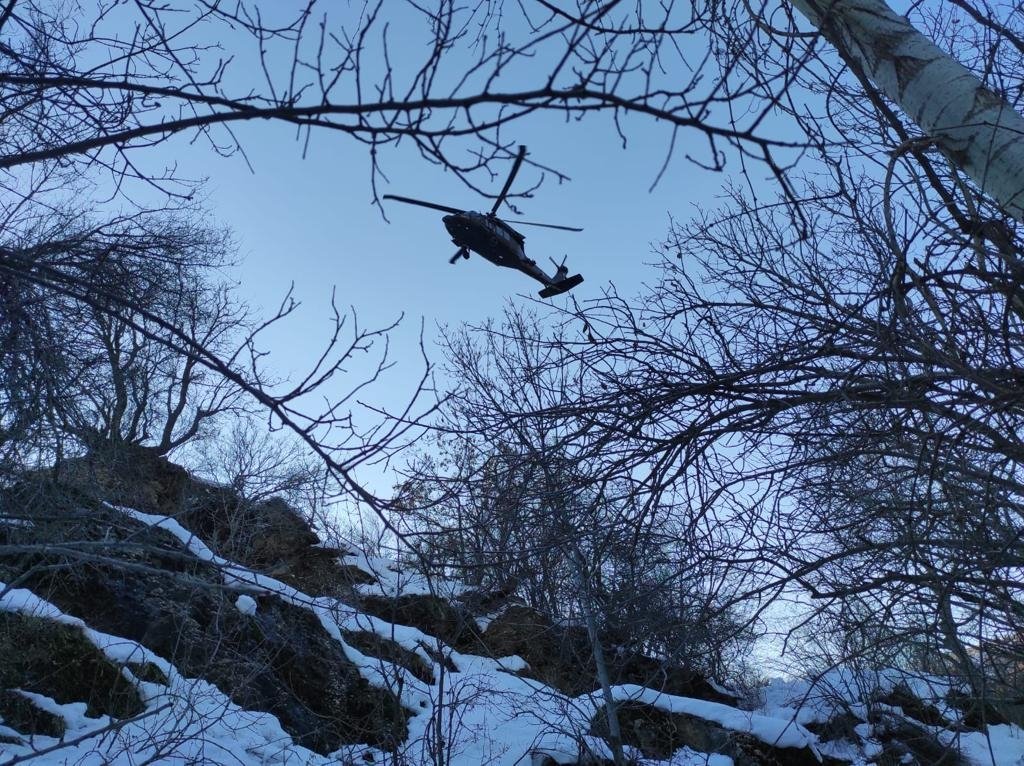 A military helicopter flies over the operation zone against the PKK terrorists in the southeastern Siirt province, Turkey, Feb. 24, 2021. (AA Photo)
by DAILY SABAH WITH AA Feb 24, 2021 12:19 pm
RECOMMENDED

Turkey on Wednesday announced the start of a new phase in its domestic counterterrorism operations in the country's southeast.

Operation Eren-11 Sehi Forests has been launched in the eastern Bitlis and southeastern Siirt provinces with 781 personnel from the gendarmerie, police and village guards, the Interior Ministry said in a statement.

The ministry added that the ongoing Operation Eren is being carried out with determination.

The operation is named after Eren Bülbül, a 15-year-old killed by the PKK terrorist group on Aug. 11, 2017. The fresh operation aims to eliminate the separatist PKK terror group and clear the region of terrorists.

The terrorists were detected through reconnaissance and surveillance and neutralized in the Gara region, the ministry said on Twitter.

"Operations will continue with determination," the ministry added.

In its more than 40-year terror campaign against Turkey the PKK – listed as a terrorist organization by Turkey, the United States and the European Union – has been responsible for the deaths of at least 40,000 people, including children.