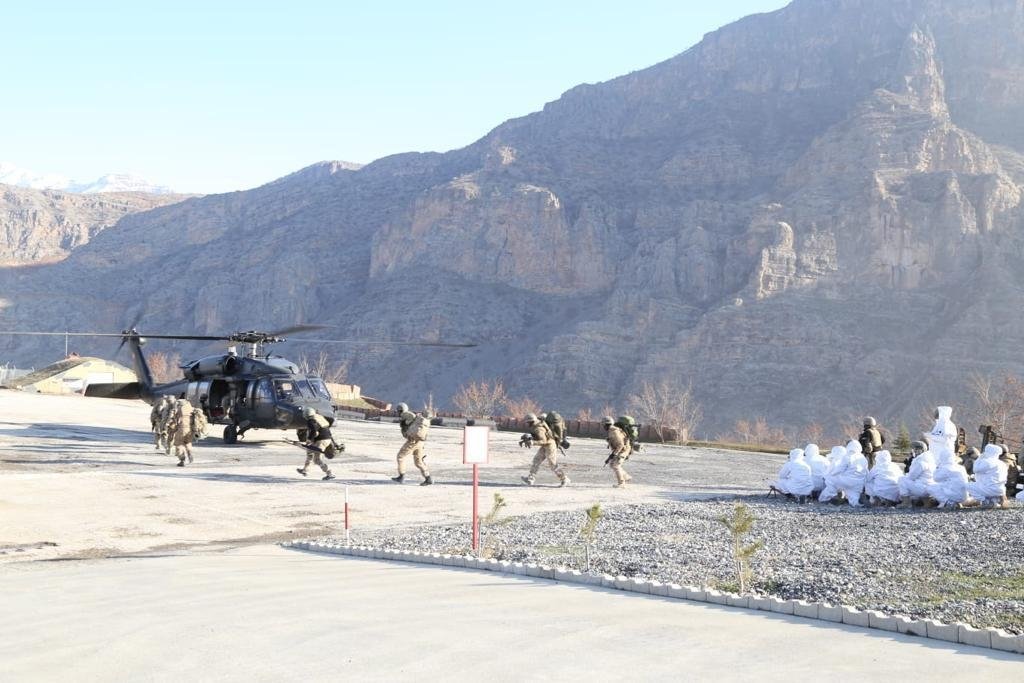 Turkey has launched operations against the PKK terrorist group that will extend through spring and summer, April 22, 2021. (AA Photo)
by DAILY SABAH WITH AA Apr 22, 2021 2:13 pm
RECOMMENDED

Turkey has launched its spring-summer period operations against the PKK terrorist group with the aim of completely eradicating terrorism from the country's agenda, the Interior Ministry announced Thursday.

The terrorist group has come to the brink of extinction in Turkey's rural areas due to security forces' ongoing operations, said the ministry in a statement and added that a total of 9,630 planned operations will continue until Oct. 1, with the participation of various security units.

The planned operations, with the support of intelligence units, will target the harbors of the terrorists with a strategy of "seek, find, destroy," the statement added.

The ministry also stated that the fall-winter operations between Oct. 1, 2020, and April 15, 2021, were successfully completed. Although the initial plan was to conduct 7,424 operations, a total of 8,915 operations were conducted during the period.

In these operations, 75 terrorists were killed, 915 caves and shelters were destroyed, 233 mines and explosives, 292 weapons and 465 hand grenades were among the materials seized.

The statement concluded that the fight against terrorism will resolutely continue with the support of the Turkish nation.