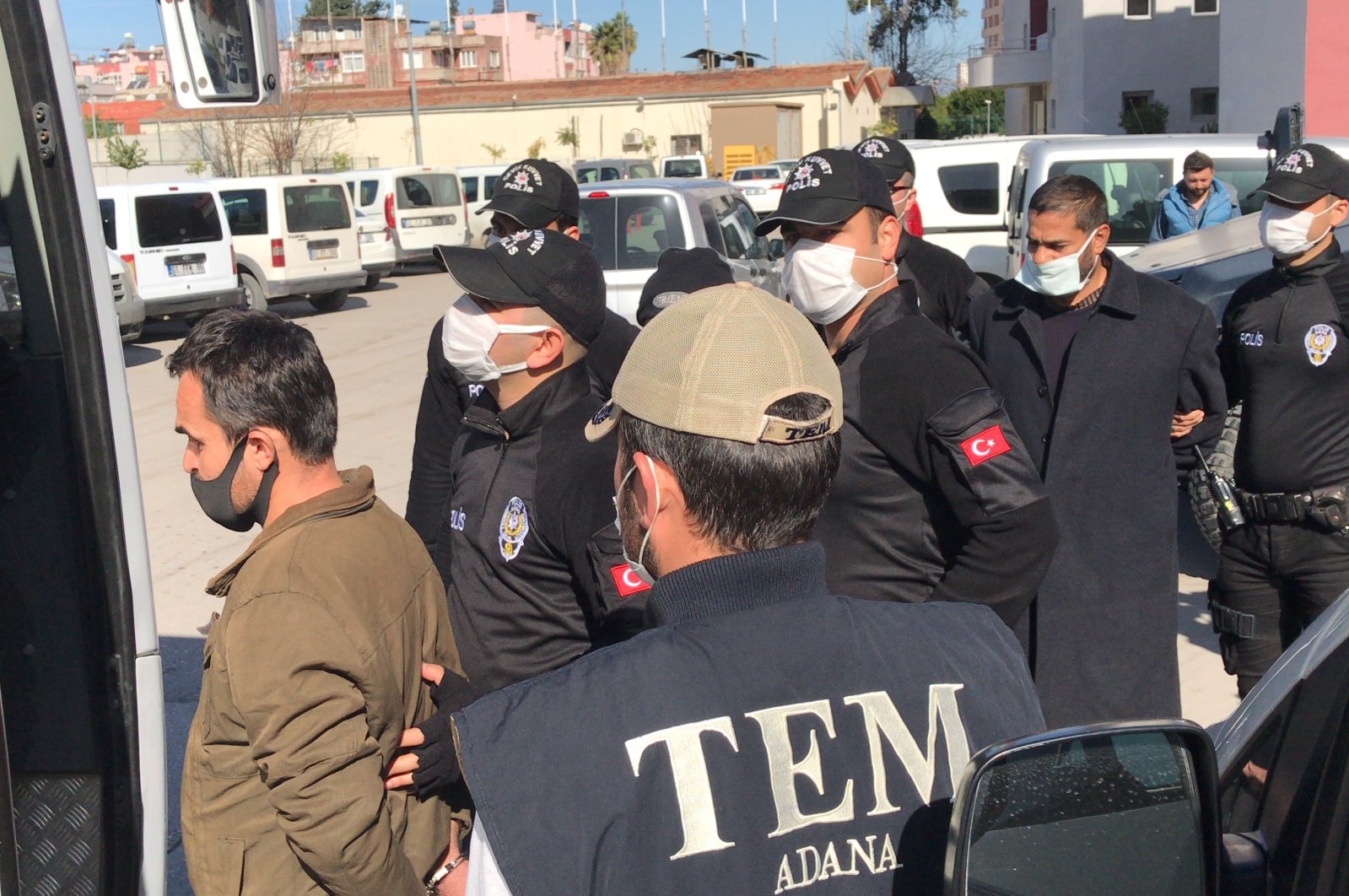 The police carried out the raid after the Adana Chief Public Prosecutor’s Office issued detention warrants for nine suspects who participated in Daesh activities in Iraq and Syria.

Five of the terrorists were Syrian nationals and the remaining four were Iraqis, Ihlas News Agency (IHA) reported.

They reportedly fought for Daesh in Afrin and Azaz. Muhammad Sh. was a so-called Daesh police officer, while Muhammad Walid Al A. was responsible for teaching Arabic to the terrorist group's foreign fighters.

Five of the suspects were arrested by the court and sent to jail, while four of them were released pending trial.

In a separate operation, police nabbed five other suspects who vandalized 79 tombs, including those of police officers Ahmet and Mehmet Oruç, who were killed during the bloody coup attempt carried out by the Gülenist Terror Group (FETÖ) in 2016.

They were taken to the police station for testimony, Anadolu Agency (AA) reported.

Turkey detained Daesh’s so-called Turkey emir Mahmut Özden, who was planning to carry out an attack on the Hagia Sophia Grand Mosque and target politicians, nongovernmental organization (NGO) heads and other prominent figures in the country.

Police deciphered the terrorist group’s encrypted messages sent by ringleaders in Syria and Iraq. The messages included a wide range of orders, including instructions to kidnap tourist groups, prosecutors and deputies as well as plots to attack the Incirlik Air Base in Adana, among other crimes.