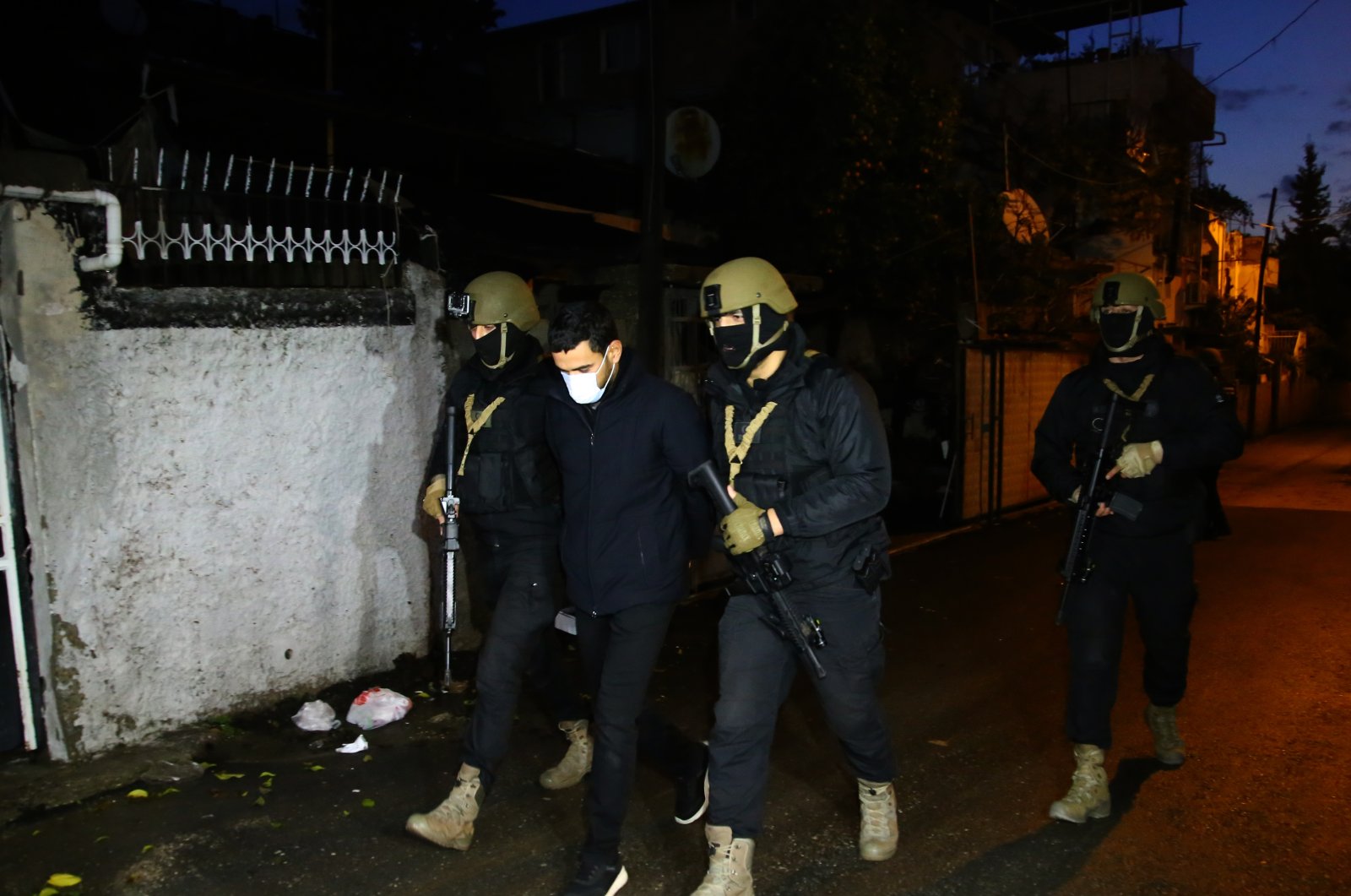 Anti-terror police squads launched an operation to nab the suspects, believed to be a part of groups planning attacks on behalf of Daesh, said the sources, who requested anonymity due to restrictions on speaking to the media.

Police carried out simultaneous raids at 13 locations in five different districts of Istanbul.

A large number of digital materials and organizational documents were also seized during the raids.

Three of the suspects remain in police custody and six have been released on prosecutor's orders.

Police squads have been carrying out similar operations ahead of New Year's Day, as the terrorist group had previously targeted people celebrating the holiday.

At least 39 people, including a police officer, were killed when Daesh terrorist Masharipov, armed with an AK-47, opened fire on New Year's Eve revelers at the Reina nightclub in Istanbul's Ortaköy district in the early hours of Jan. 1, 2017.

The fatalities included 27 foreigners, and 79 people were wounded.

Turkey was one of the first countries to declare Daesh a terror group.

The country has since been attacked by Daesh terrorists multiple times. The group has carried out at least 10 suicide bombings, seven bomb attacks, and four armed attacks, killing 315 people and injuring hundreds more.