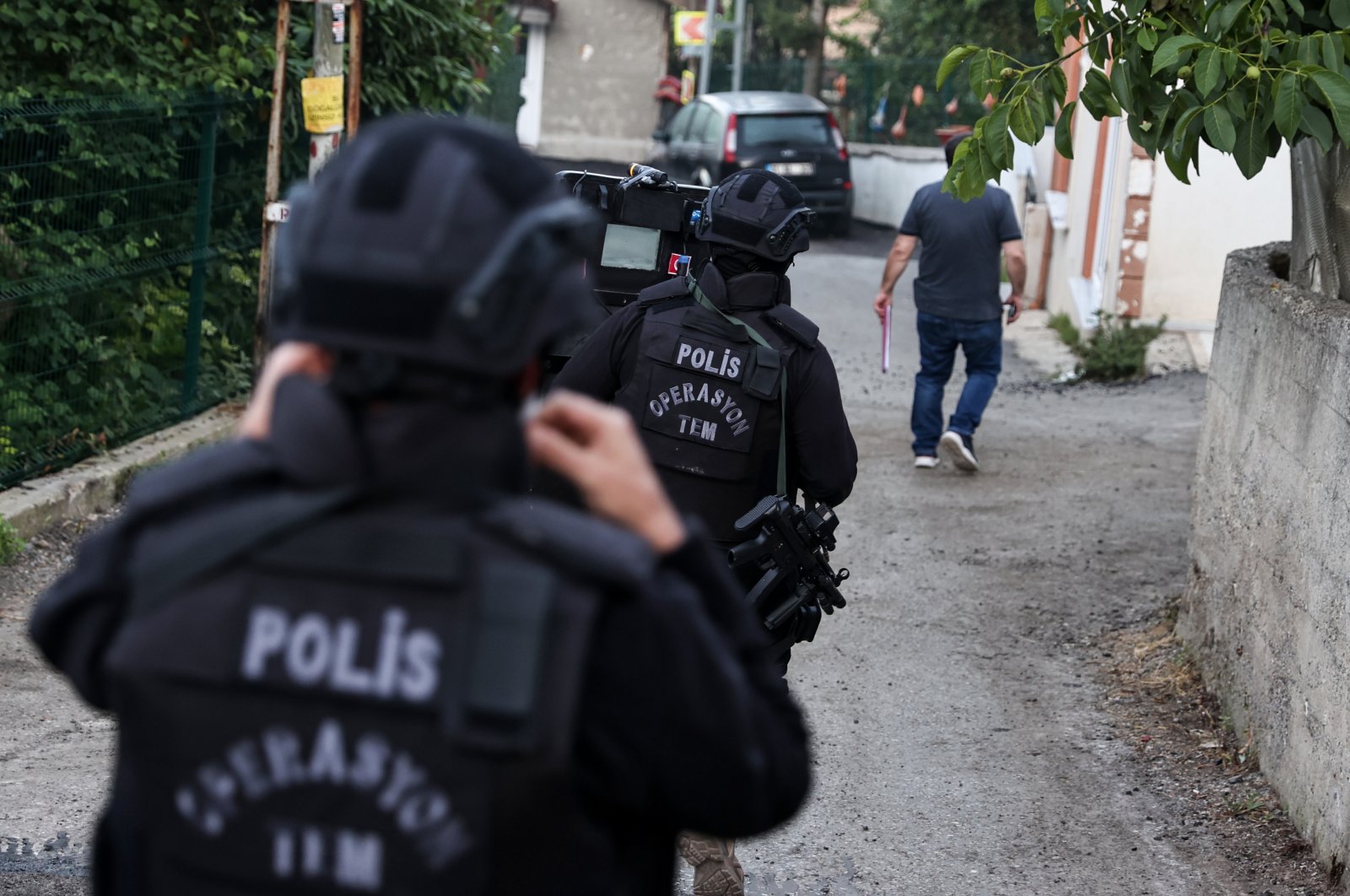 Counterterrorism squads carry out raids against the PKK in Istanbul, Turkey, in this undated file photo. (AA File Photo)
by DAILY SABAH Jun 24, 2021 11:15 am
RECOMMENDED

A YPG/PKK terrorist who was planning to carry out an attack against a lawmaker of the ruling Justice and Development Party (AK Party) was detained in Turkey’s southeastern Şanlıurfa province, reports said Thursday.

He illegally crossed the border from Syria’s YPG/PKK-held Ain al-Arab region and was planning to attack an AK Party lawmaker and his brother, according to intelligence units. He was in the process of creating a “militant network” when he was detained by police and confessed his plans.

Security forces also detained nine other suspects who provided assistance to the terrorist in Birecik and Suruç districts and Gaziantep province.

Turkey has ramped up its efforts against the terrorists at home and abroad. Earlier this month, the country busted a network recruiting terrorists for the YPG/PKK in Syria.

Over the course of its more than 40-year terror campaign against Turkey, the PKK, listed as a terrorist organization by Turkey, the U.S. and the European Union, has been responsible for the deaths of 40,000 people, including women, children and infants.

The YPG, which is the Syrian arm of the PKK terrorist organization and backed by the U.S. under the pretext of fighting Daesh, previously received numerous condemnations by international human rights bodies, including Human Rights Watch (HRW), Amnesty International and the United Nations, for its human rights violations, including arbitrary arrests, forced recruitment of child soldiers and the forced relocation of local people.