Turkey to continue to fight against all terrorist groups: Erdoğan 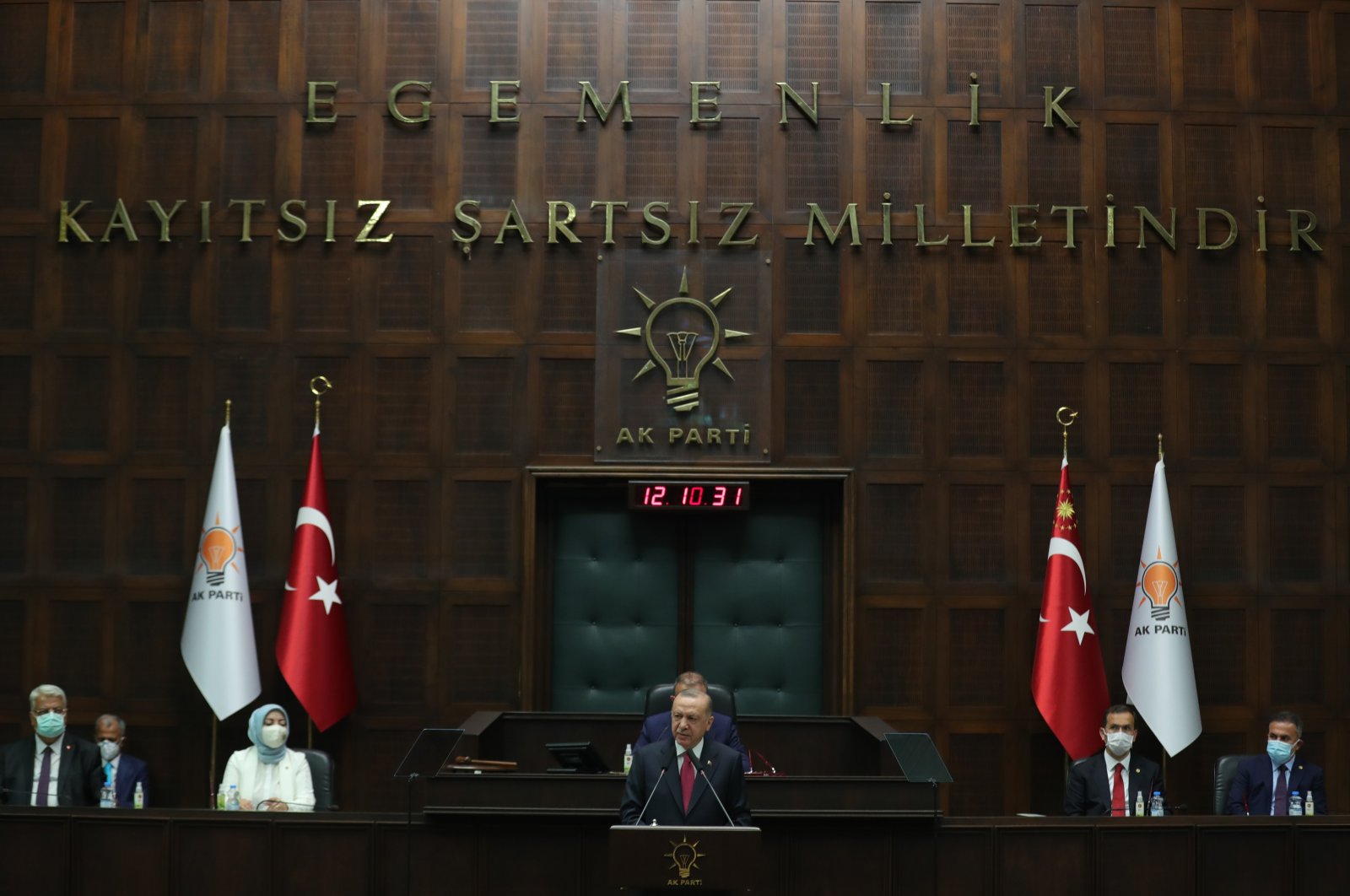 President Recep Tayyip Erdoğan reiterated Turkey's determination to fight against all terrorist groups posing a threat to its national security, as the country prepares to commemorate the victims of the deadly July 15 coup attempt.

Speaking at the ruling Justice and Development Party's (AK Party) parliamentary group meeting on Wednesday, Erdoğan said Turkey has the ability and willpower to paralyze all terrorist groups posing a threat to its national security, whether they’re domestic or international.

Noting that completely eliminating the presence of the Gülenist Terror Group (FETÖ) from the country is not an easy task, Erdoğan said Turkey pursues its fight at home and abroad. “We detained the (FETÖ figure) responsible for coordinating its finances in Central Asia,” Erdoğan said, referring to the detention of FETÖ member Orhan Inandı in an extensive National Intelligence Operation (MIT) in Kyrgyzstan.

“The security of our country starts wherever threats exist, rather than just our borders,” Erdoğan said, adding that it was one of the reasons why Turkey has been strengthening its sub-units in diplomatic missions abroad.

On the night of July 15, 2016, a small military junta, formed by FETÖ members, tried to overthrow the democratically elected government and assassinate Erdoğan, who was on holiday in the Marmaris district of southwestern Muğla province.

The coup attempt, which was the first in almost two decades in coup-prone Turkey, saw FETÖ's military infiltrators try to seize power. The attempt was thwarted thanks to strong public resistance. One of the icons of this resistance was Ömer Halisdemir, a sergeant who was gunned down by one of the coup's leaders upon the orders of a general he served as an aide for. Halisdemir was stationed at the headquarters of the Special Forces Command. Halisdemir, who has been posthumously described as one of the heroes of the anti-coup resistance, was shot dead by another set of putschist soldiers who were accompanying putschist Gen. Semih Terzi, when the latter arrived at the headquarters to take it over. After the killing of Halisdemir, the headquarters was the scene of a brief clash between pro-coup and anti-coup military officers, who ultimately foiled the takeover attempt.

During the night of the coup attempt, pro-coup F-16 and helicopter pilots bombed many government buildings, including Parliament, the Presidential Complex and the headquarters of the National Intelligence Organization (MIT). Two bombs were dropped on Parliament at midnight, destroying a hall. The bombed area was later renamed Şeref (Honor) Hall. Deputies from all political parties gathered in Parliament after the audacious attack to join the people's resistance.