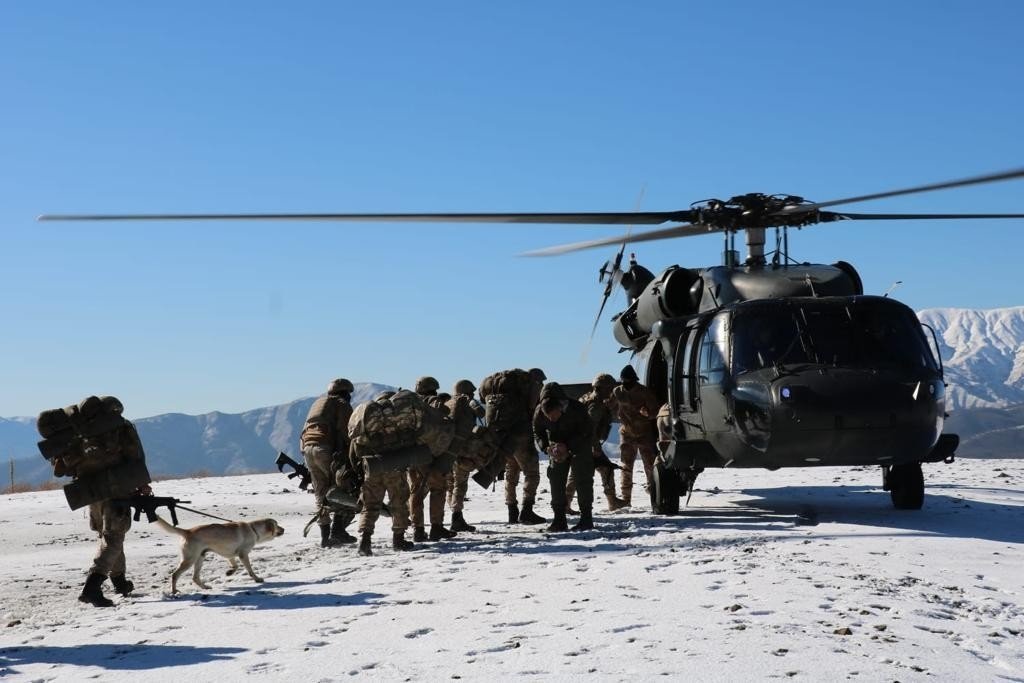 "Eren Winter operations, which are carried out to completely eradicate terrorism in the country, continue successfully with confidence and determination with the support of our people," the written statement added.

This year, Turkey initiated Operation Eren, named after Eren Bulbul, a 15-year-old boy killed by the terrorist group on Aug. 11, 2017.

The latest action is aimed at eliminating PKK terrorists hiding out in the region.

The PKK terrorist organization often uses bases in northern Iraq, just across Turkey's southern border, to plot terrorist attacks in Turkey, and the PKK's Syrian branch, the YPG, has tried to establish a terror corridor in northern Syria, targeting both Turkish soldiers and border areas.

Turkey has carried out a series of offensives since 2019 against terrorist groups in northern Iraq, particularly the PKK. In addition, since 2016, Ankara has launched a trio of successful anti-terror operations across its border in northern Syria to prevent the formation of a terror corridor and enable the peaceful settlement of residents: Euphrates Shield (2016), Olive Branch (2018) and Peace Spring (2019).

Most recently, six terrorists were eliminated in a domestic anti-terror operation in eastern Turkey, the Interior Ministry said Saturday.

In a statement, the ministry said the terrorists were targeted by local gendarmerie forces during Operation Eren Winter-6 in the Ovacık district of Tunceli province.

With the latest action, the number of terrorists killed increased to nine, including five who were wanted, the ministry said, adding that at least one terrorist has surrendered.

The terrorists, who attempted to attack the region of Operation Peace Spring - where Turkish soldiers are keeping the peace in an area once threatened by terrorists - were "responded to in kind" by heroic Turkish commandos, the ministry said on Twitter.

"Our Hero Commandos continue to strike the terrorists in northern Syria," it added.

Ismail Çataklı made the statements at a monthly press conference in Ankara, where he briefed the media on ongoing anti-terror operations.

During the anti-terror operations in November, 92 terrorists were eliminated, including three who were on the Interior Ministry's wanted list, he said, adding that over 350 terrorist hideouts were destroyed and a large cache of weaponry and ammunition was confiscated.

He added that a total of 10,900 rural and 1,382 urban counterterrorism operations were carried out across Turkey.

More than 472,260 Syrians have returned to their homeland thanks to the safe environment created by Turkey’s cross-border anti-terror operations, he added.

In its more than 40-year terror campaign against Turkey, the PKK – listed as a terrorist organization by Turkey, the United States, and European Union – has been responsible for the deaths of at least 40,000 people, including women, children and infants.