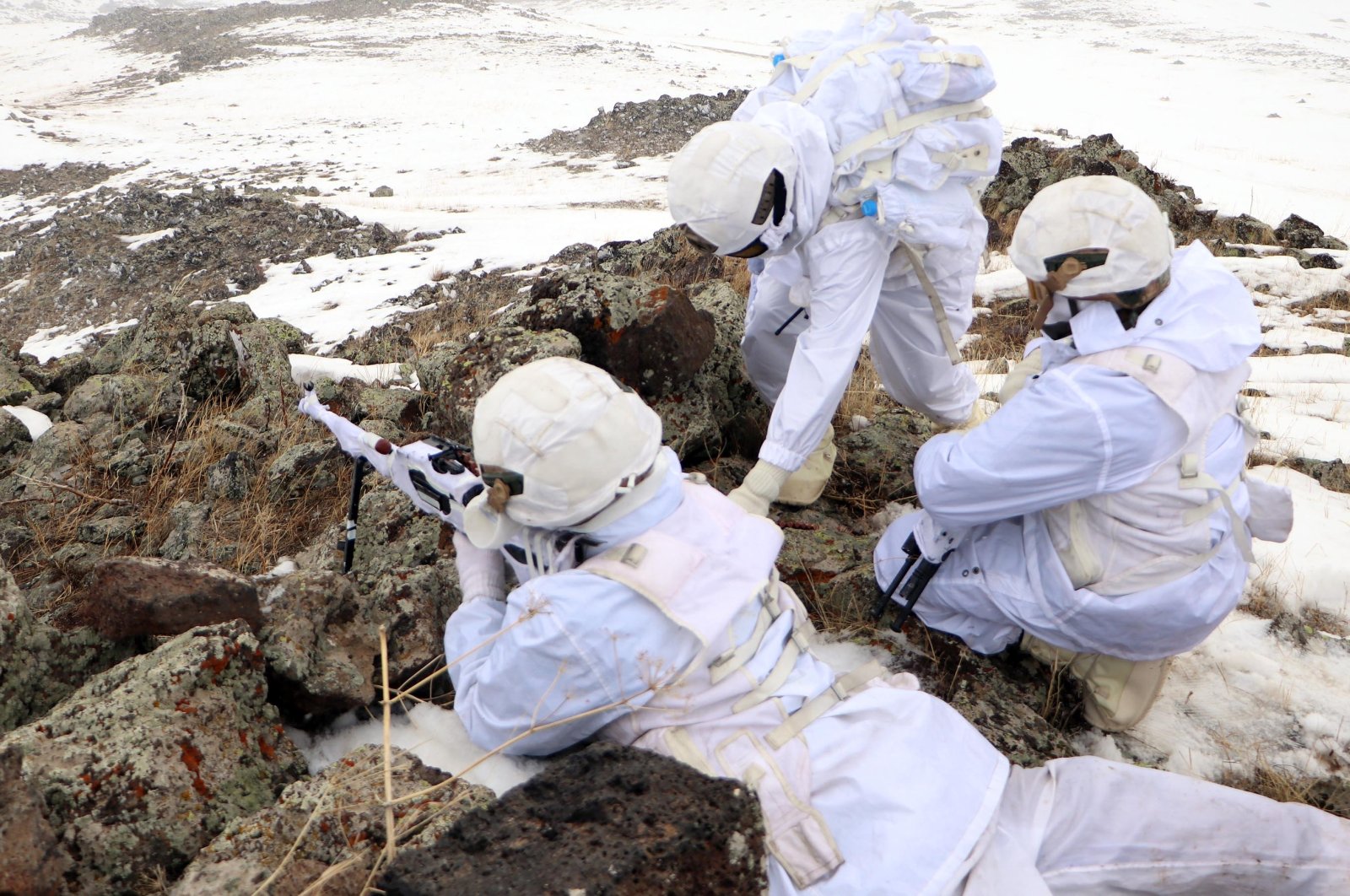 The Turkish army carries out a counterterrorism operation against the PKK in eastern Ağrı province, Turkey, Feb. 17, 2021. (DHA Photo)
by Daily Sabah with AA Feb 22, 2021 11:03 am
RECOMMENDED

The Turkish military launched an operation early Monday against the PKK terrorist group in southeastern Mardin province after declaring a curfew in several neighborhoods.

The city governorate announced that the counterterrorism operation would take place in a total of 18 neighborhoods in the towns of Mazıdağı, Derik and Kızıltepe.

The statement said that the operation aims to ensure the safety of residents' lives and property, eliminate PKK terrorists, including ringleaders; destroy shelters and storage facilities used by the terror group and capture people with arrest warrants in the region.

A curfew was imposed on 18 neighborhoods as of 6 a.m. and residents are advised to comply with the lockdown for safety reasons until further notice.

Turkish security forces regularly conduct successful counterterrorism activities that hinder the PKK in the eastern and southeastern provinces of Turkey, where the group has attempted to establish a strong presence. Security forces have adopted a strategy of "ending terrorism at the root" and "attack rather than defend" in their operations across the country.

Earlier this month, 13 Turkish hostages were executed by PKK terrorists in northern Iraq. The massacre included military and police personnel and took place during a counterterrorism operation launched on Feb. 10 against the PKK, in which 48 militants were also killed, according to Turkish Defense Minister Hulusi Akar.

In its more than 40-year terror campaign against Turkey, the PKK – listed as a terrorist organization by Turkey, the United States and the European Union – has been responsible for the deaths of 40,000 people, including children.