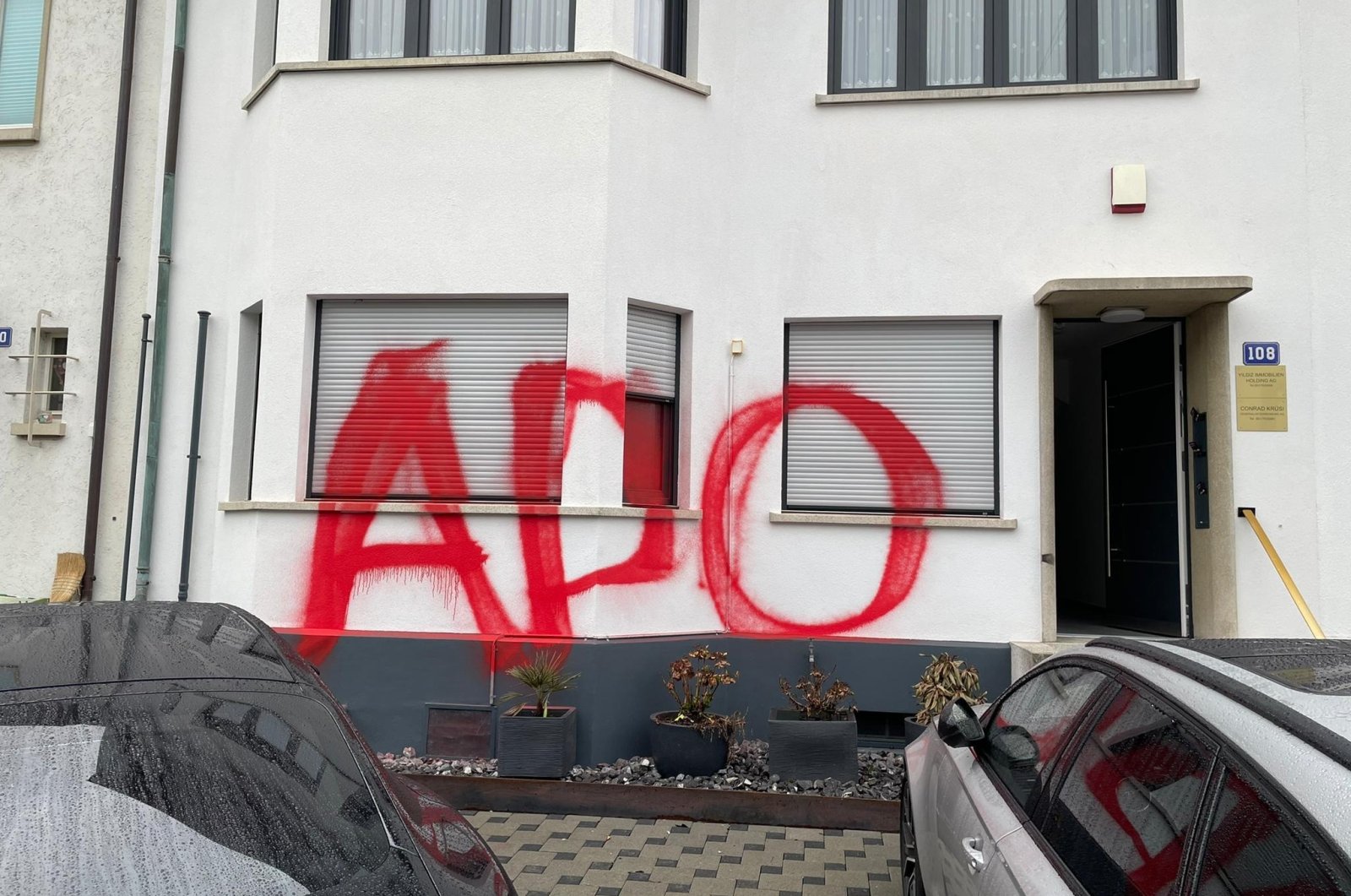 Supporters of the PKK terrorist group attacked the home of the head of the Switzerland Turkish Society on Wednesday, marking the fifth such incident in two years.

Speaking to Anadolu Agency (AA), Şeref Yıldız, who heads the umbrella organization of nearly 100 associations and 13 federations established by Turks in the country, condemned the attack.

His home in the city of Basel was attacked at 1:26 a.m. local time (12:26 a.m. GMT), and the attackers wrote the name of the PKK terrorist group's ringleader Abdullah Öcalan on the wall of the house, according to Yıldız.

He said there were three people wearing ski masks caught by security cameras of the house, and he delivered the footage to the police.

Yıldız said the attackers also punctured the tires of two vehicles parked in front of the house.

He called on the Swiss police to find and punish the perpetrators as soon as possible.

"The security of our property and lives is the job of the Swiss security forces. We expect the perpetrators to be caught and receive the punishment they deserve," he said.

Yıldız added that he is considering moving from his home of 18 years as the increased attacks worry his children.

Turkey has long criticized European authorities for tolerating PKK activities in the country and has pressured them to take stricter measures against the propaganda, recruitment and fundraising activities of the group. Despite its status as a designated international terrorist organization, the PKK has enjoyed relative freedom in European cities and has a particularly strong presence in Germany. PKK supporters have been allowed to hold rallies, recruit militants and collect funds in Germany, which is home to some 5 million people of Turkish origin, including Kurds.