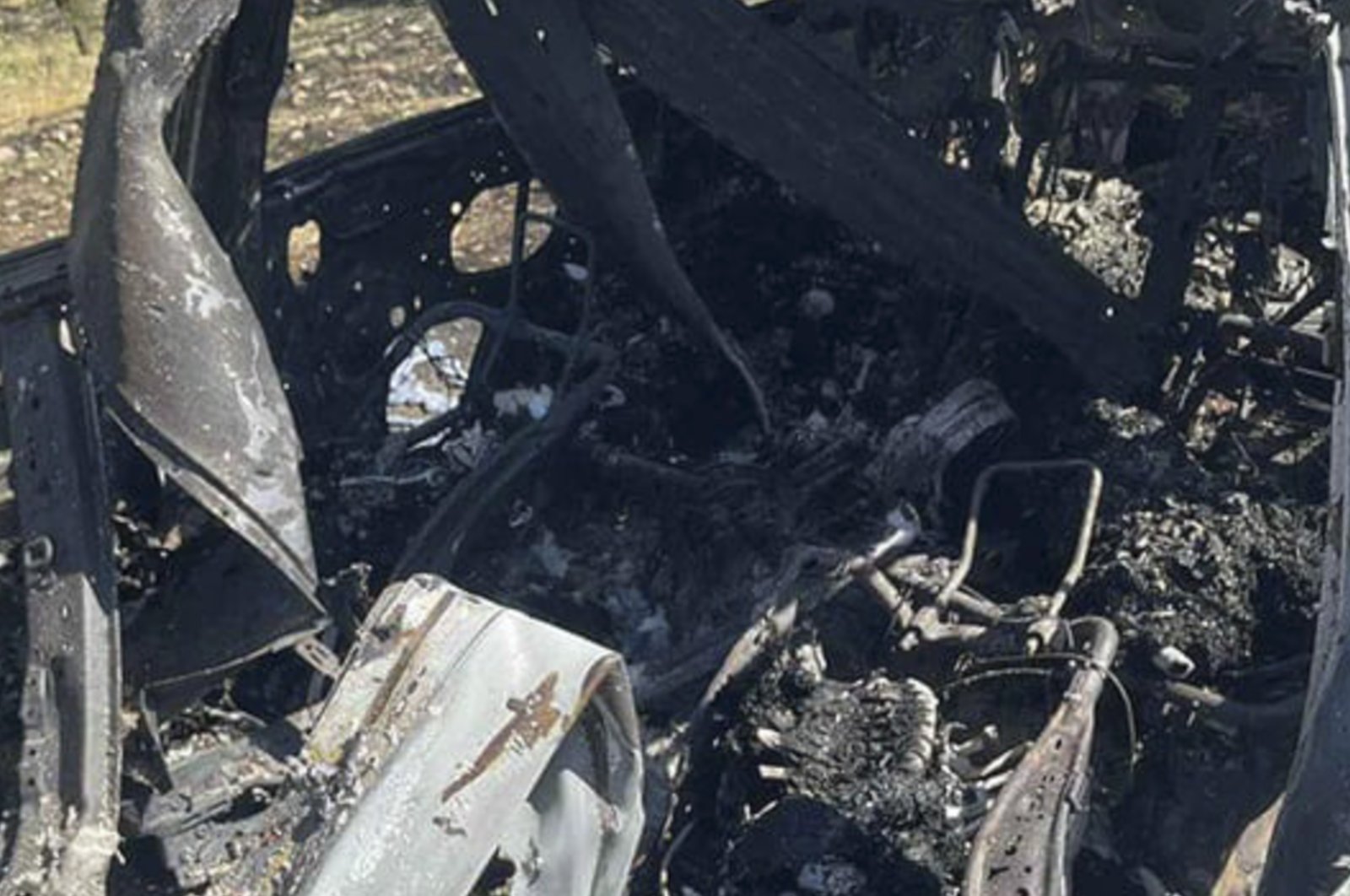 Four PKK terrorists were killed in an operation carried out by the National Intelligence Organization (MIT) in northern Iraq, May 29, 2021. (IHA Photo)
by DAILY SABAH WITH AA
May 30, 2021 11:36 am

Four PKK terrorists, including one senior figure from Turkey's most-wanted list, were killed in an operation jointly carried out by the National Intelligence Organization (MIT) and Turkish security forces in northern Iraq, a security source said Saturday.

The wanted terrorist was Selahattin Dede, codenamed Zagros, who was in the gray category of the Turkish Interior Ministry's wanted list, said the source, requesting anonymity due to restrictions on speaking to the media.

Turkey's wanted list is divided into five color-coded categories, with red being the most wanted, followed by blue, green, orange and gray.

Dede was killed along with Mehmet Emin Alkaş, codenamed Dilges; an Iranian national called Babek Ebdilselendeci, codenamed Dara Beritan, and another terrorist who is yet to be identified, according to the source.

The MIT closely monitored the group's activities and found that the terrorists left Syria on May 19 to carry out an attack on Turkish forces in northern Iraq, the source said.

An operation was launched against the group after it was confirmed that they were carrying a large number of weapons and explosives, the source added.

Dede was part of the PKK terrorist group for more than 10 years and was involved in various nefarious activities in the rural areas of Yüksekova district in Turkey's southeastern Hakkari province between 2012 and 2015, according to the source.

PKK targets are being struck in the Metina, Avashin-Basyan, Zap and Qandil regions. In addition to F-16 fighter jets, the operations are being supported by border artillery units, fire support elements in forward base areas and attack helicopters.

The terrorists were preparing to launch an attack in the Operation Euphrates Shield zone when they were targeted by Turkish commandos, the ministry said on Twitter.

Security forces will continue to take all measures to ensure peace and stability in the region, it added.

Since 2016, Turkey has launched a trio of successful counterterrorism operations across its border in northern Syria – Euphrates Shield (2016), Olive Branch (2018) and Peace Spring (2019) – to prevent the formation of a terrorist corridor and enable the peaceful resettlement of its residents.

While the terrorist presence in these areas has been largely eradicated, terrorist groups have made periodic efforts to shatter the peace in the region.

In its more than 40-year terror campaign against Turkey, the PKK – listed as a terrorist organization by Turkey, the United States and the European Union – has been responsible for the deaths of at least 40,000 people, including women, children and infants. The YPG is the PKK's Syrian offshoot.