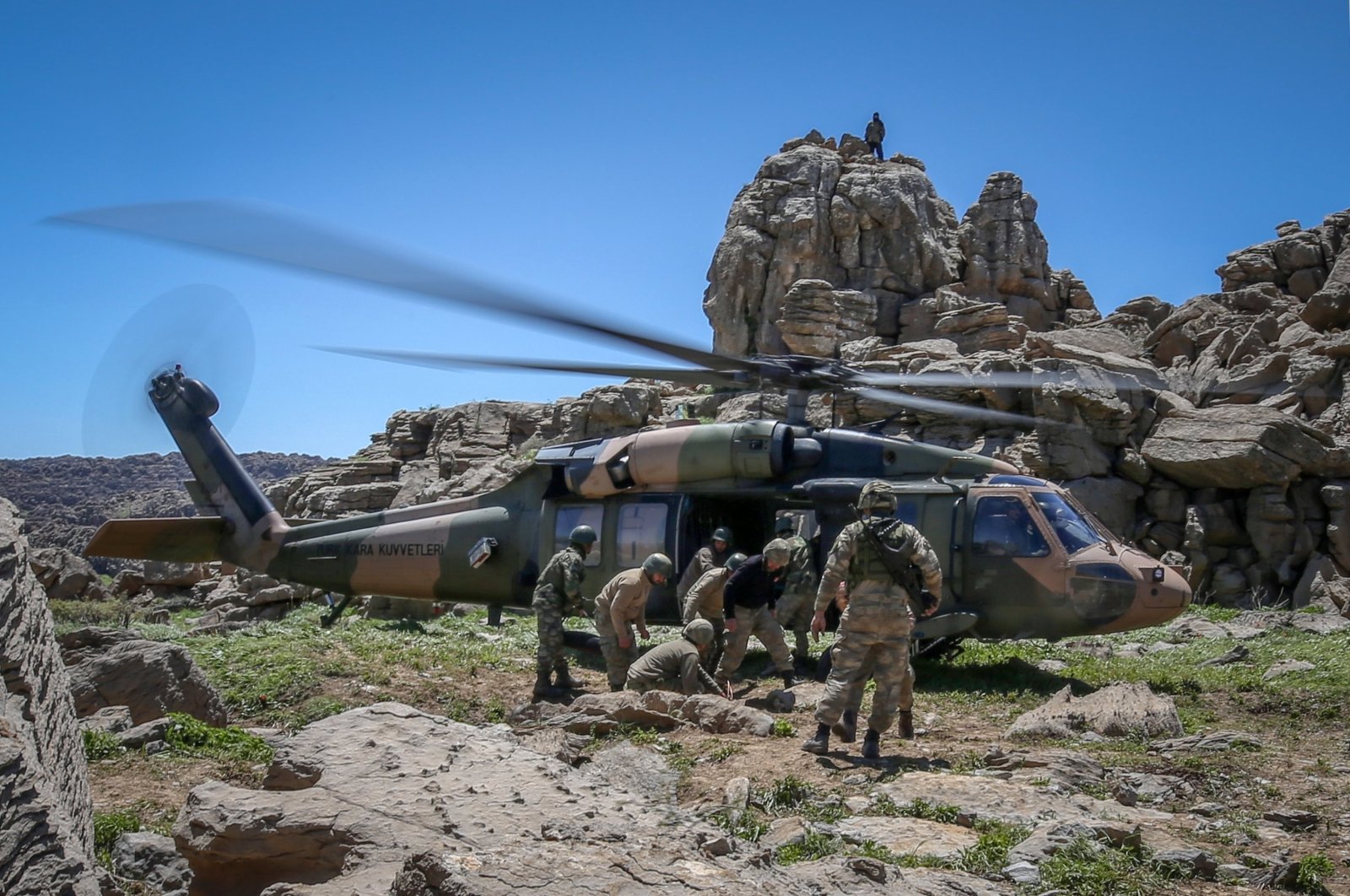 As Turkey continues its efforts to eradicate the PKK terror threat within the country and near its borders, Turkish security forces on Monday eliminated two more PKK terrorists the Defense Ministry stated.

Turkish ATAK helicopters were used to target the terrorists' hideout in the operation zone, the ministry said in a statement.

Turkish forces continue to eliminate PKK terrorists in their lairs, it added.