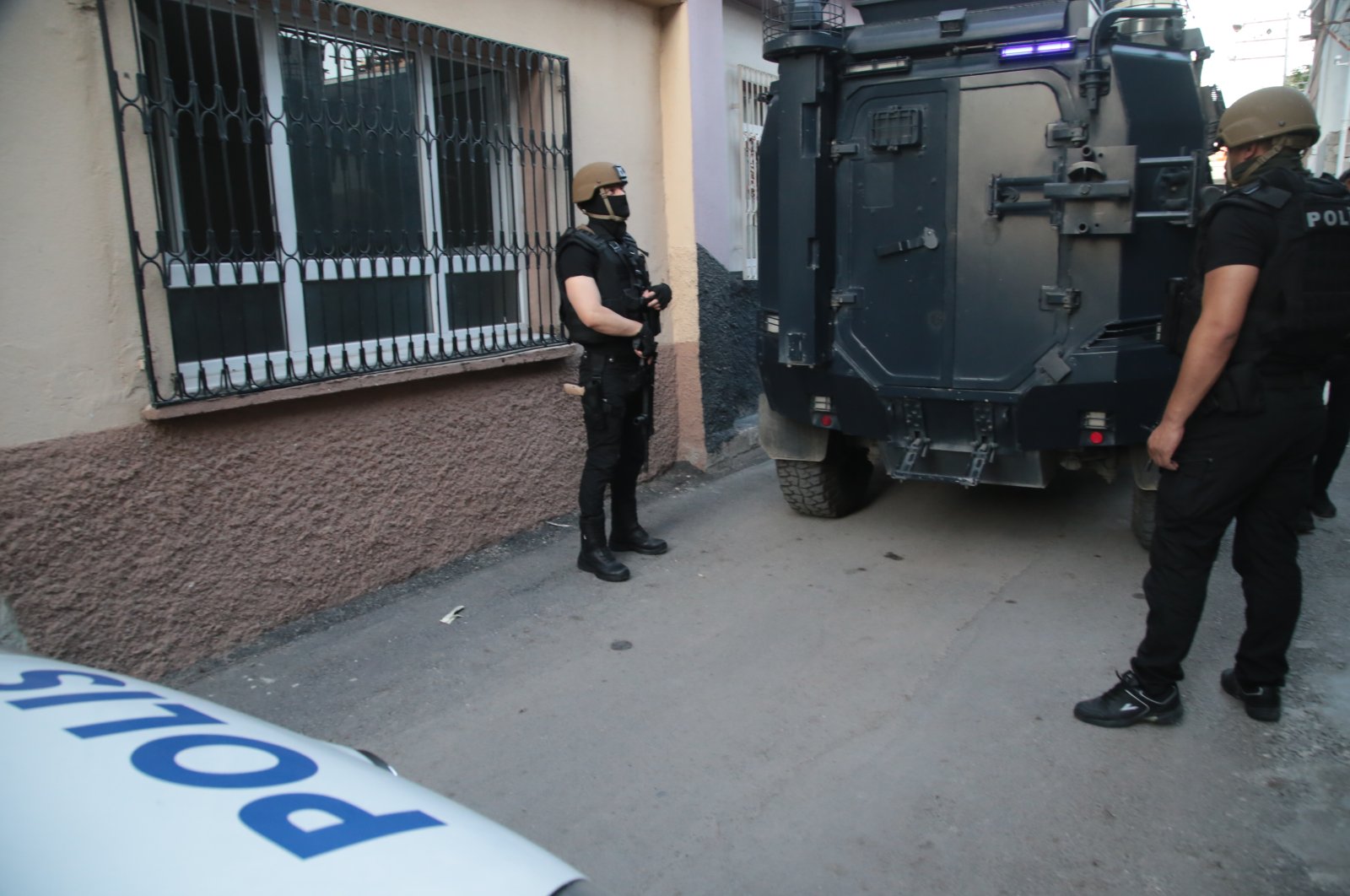 At least two terrorists were killed as part of a domestic anti-terror operation in southeastern Turkey, while six terrorists belonging to the PKK’s Syrian wing, the YPG, were killed in northern Syria.

In a statement, the Turkish Interior Ministry on Monday said the terrorists were killed by gendarmerie forces and their weapons were seized during Operation Eren-13 in the country's southeastern Şırnak region.

Though the terrorists' affiliation was not specified, the PKK terrorist group has been known to be active in eastern and southeastern Turkey.

Operation Eren, named after Eren Bülbül, a 15-year-old killed by the PKK on Aug. 11, 2017, was launched in January and designed to completely eradicate terrorism in the country.

Additionally, the Defense Ministry announced on Sunday that six YPG terrorists had been killed. The terrorists "attempted to disrupt the environment of peace and security" in the Operation Peace Spring Zone, a ministry statement said.

The Defense Ministry frequently voices that the country will continue its intensified counterterrorism operations until the last terrorist is eliminated.

Turkish security forces have foiled 25 terrorist attacks in the past month, and they regularly conduct counterterrorism operations in the eastern and southeastern provinces of Turkey, where the PKK has attempted to establish a strong presence.

The PKK's hideouts and bases in northern Iraq and Syria are frequently targeted by the Turkish Armed Forces (TSK).

Since 2016, Turkey has launched a trio of successful anti-terror operations across its border in northern Syria to prevent the formation of a terrorist corridor and to enable the peaceful settlement of residents with Euphrates Shield in 2016, Olive Branch in 2018 and Peace Spring in 2019.

The Turkish military regularly conducts cross-border operations in northern Iraq, a region where PKK terrorists have hideouts and bases from which they carry out attacks in Turkey. Iraq's Kurdistan Regional Government (KRG) also previously called the PKK's presence in Sinjar unacceptable and has urged the militants to leave the area.

Four terrorists, two of whom were so-called high-level members, were eliminated during an operation in northern Iraq's Duhok with the joint cooperation of the Turkish Armed Forces and the National Intelligence Organization (MIT). Turkish security forces received intelligence that the terrorists were going to transport arms, ammunition as well as terrorists from Syria to Iraq to be used against Turkish security elements.

In its more than 40-year terror campaign against Turkey, the PKK – listed as a terrorist organization by Turkey, the U.S. and European Union – has been responsible for the deaths of 40,000 people, including women, children and infants.