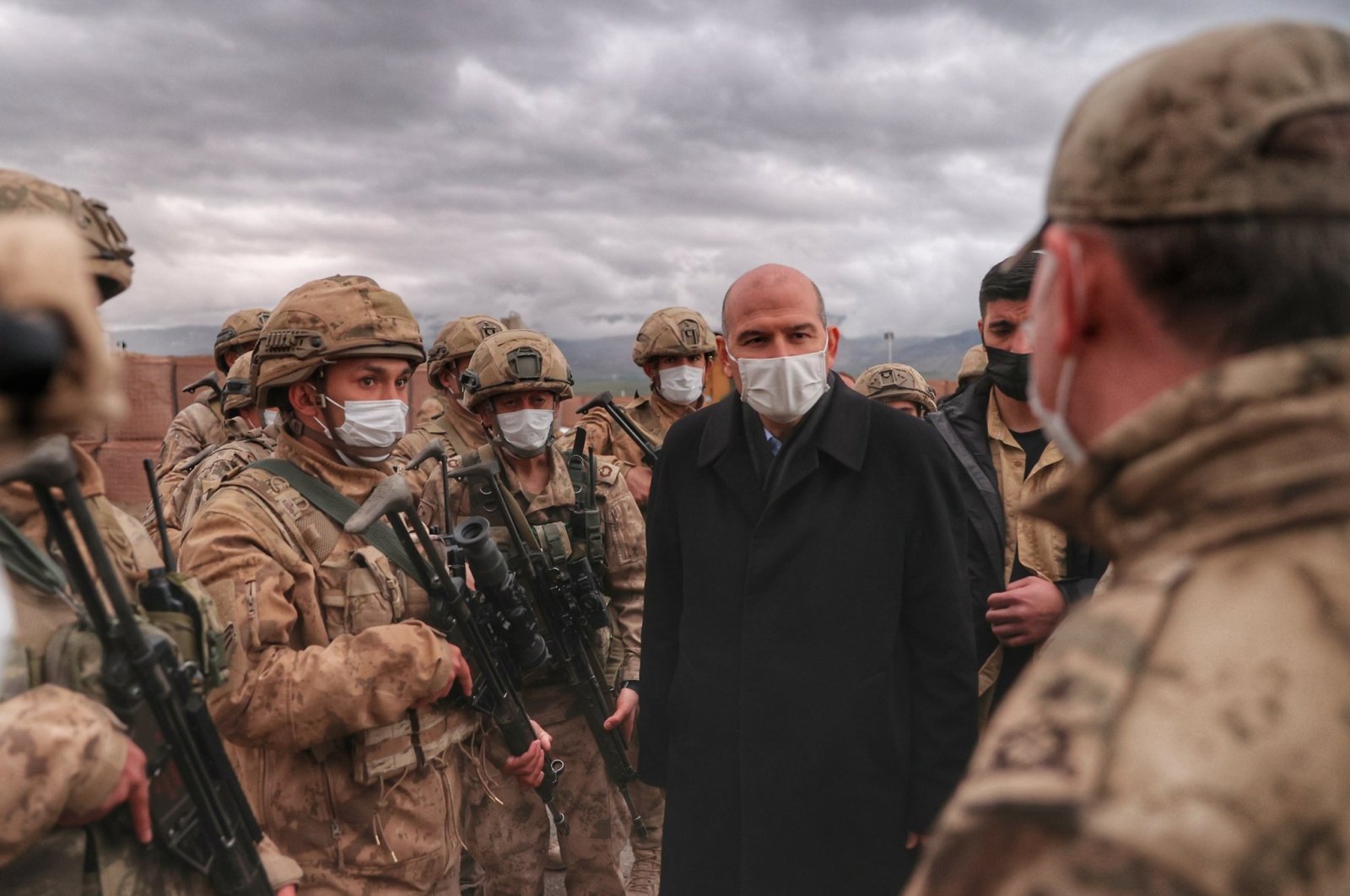 Releasing a Twitter message, Soylu noted that six terrorists were killed during an operation part of the country's Eren-2 Lice Operation, which covers areas near the southeastern Diyarbakır province.

The wanted list is divided into five color-coded categories, with red denoting the most wanted, followed by blue, green, orange and gray.

Suna Taş, Latife Hanibi and Dilan Silinsin were among six terrorists targeted in the air-backed operation.

Taş, listed in the red category of most-wanted fugitives, was sought with an up to TL 10 million ($1.2 million) bounty on her head. She joined the PKK terrorist group in 2011 and was identified as the so-called "female leader at the midfield headquarters" of the group.

Separately, Hanibi, listed on the orange category, was sought with an up to TL 1 million ($120,500) bounty on her head. Hanibi was identified as the PKK's "female leader of Amed state in the Lice region" located southeast of Diyarbakir.

It was reported that three of the terrorists played major roles in terror attacks in Diyarbakır and surrounding areas.

This year Turkey launched Operation Eren, named after Eren Bülbül, a 15-year-old killed by the PKK terrorist group on Aug. 11, 2017. The fresh operation is designed to eliminate the separatist terrorist group and clear the region of terrorists.

Turkish security forces regularly conduct counterterrorism operations in the eastern and southeastern provinces of Turkey, where the PKK has attempted to establish a strong presence. The Turkish Armed Forces (TSK) also regularly conducts cross-border operations in northern Iraq, a region where PKK terrorists have hideouts and bases from which to carry out attacks in Turkey. Iraq's Kurdistan Regional Government (KRG) also previously called the PKK's presence in Sinjar unacceptable and urged the militants to leave the area. In northern Iraq, Turkey launched operations Claw-Tiger and Claw-Eagle in June to ensure the safety of the Turkish people and borders by eliminating the threat of the PKK and other terrorist groups.