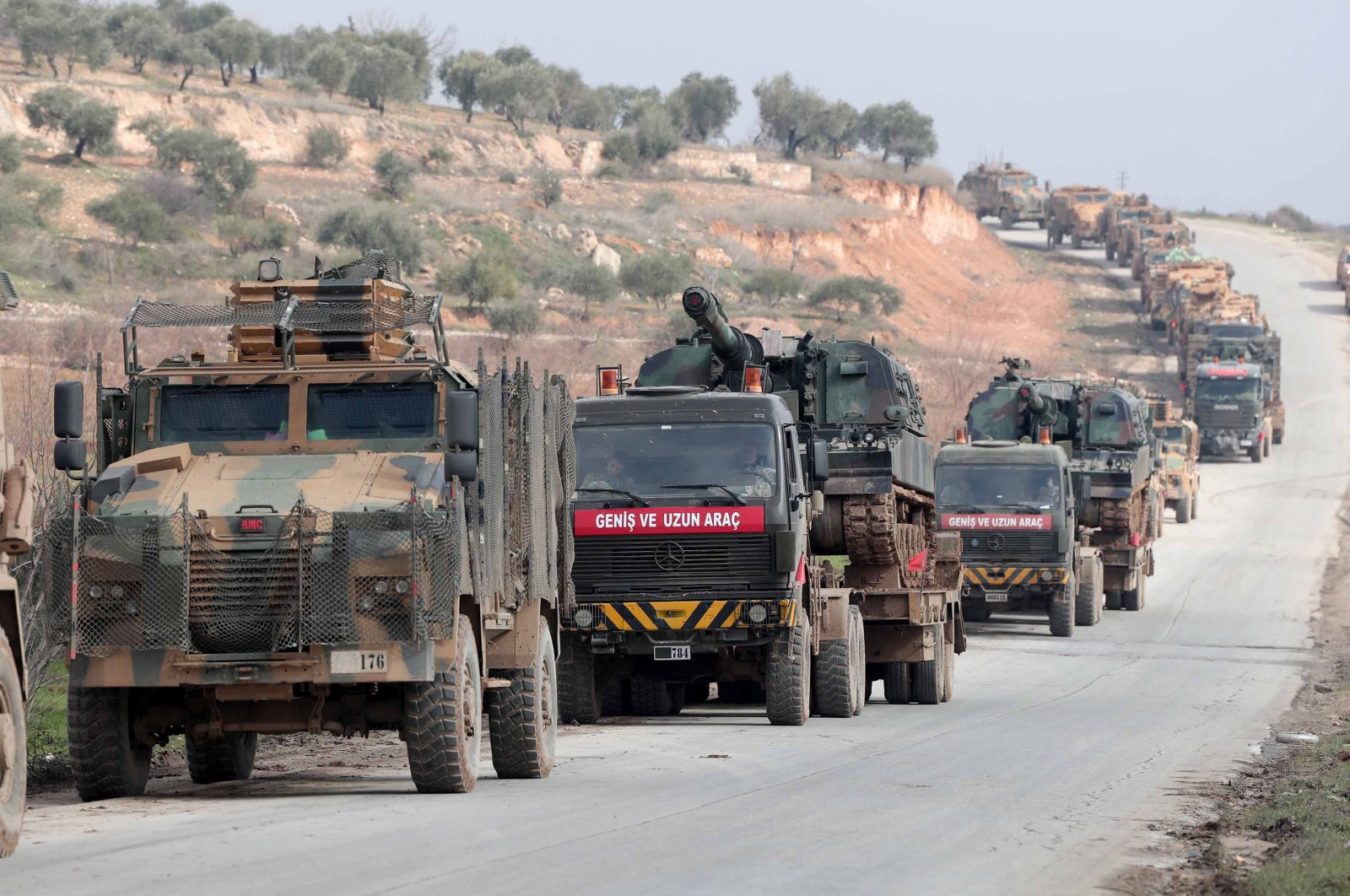 A Turkish soldier was killed and four others were wounded in a rocket attack on a supply convoy in northwestern Syria's Idlib province, the Defense Ministry said early Tuesday.

The injured were transferred to a hospital.

Turkish forces identified targets in the area and opened fire in retaliation, the ministry statement said. It did not say who carried out the attack.

"We wish Allah's mercy on our hero martyr, condolences and patience to his family and the Turkish Armed Forces, and a speedy recovery to the wounded," it added.

The Britain-based Syrian Observatory for Human Rights, an opposition war monitoring group, said a roadside bomb exploded when a Turkish convoy of seven vehicles was passing on a road between the border crossing point of Bab al-Hawa and the Syrian border village of Kfar Lousin.

The Observatory said one of the vehicles suffered a direct hit. Ambulances, it said, rushed to the areas to evacuate Turkish troops who suffered injuries.

It added that Turkish troops cordoned off the area for some time preventing people from reaching it.

Turkey announced the launch of Operation Spring Shield last year in the wake of an attack by the Syrian regime on Turkish troops who were observing a cease-fire in Idlib that killed 33 soldiers.

The posts were set up after a 2018 Russia-Turkey deal reached in Sochi to prevent a regime offensive, but in recent months, Assad has pressed on with an assault supported by Russian airstrikes.

Currently, Turkish soldiers are working to protect local civilians as part of a September 2018 deal with Russia, which prohibits acts of aggression in a de-escalation zone set up around Idlib.