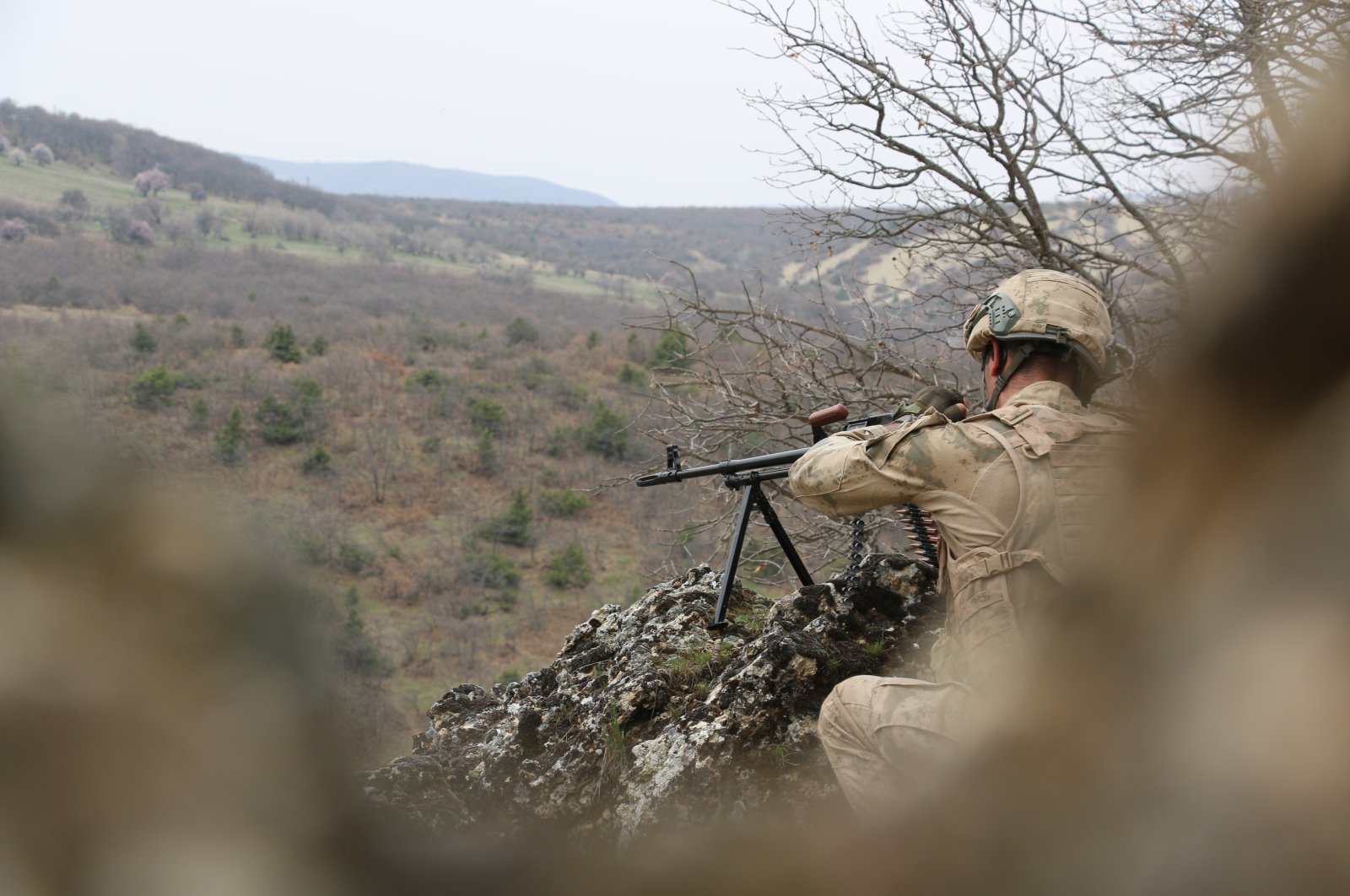 One of the terrorists was identified as Abdulsittar Özer, codenamed Dara Zagros, who killed five forestry workers in Diyarbakır’s Kulp Güleç district on April 8, 2020.

Authorities often use the term “neutralized” in statements to imply the terrorists in question surrendered, were killed or captured.

He was also responsible for killing Specialized Sgt. Mehmet Çelik with an accomplice on Jan. 9, 2021, during counterterrorism Operation YILDIRIM-7 (Operation Lightning-7).

The operation aims to completely eliminate the separatist PKK terror group and neutralize all terrorists taking shelter in the region, the ministry said in a statement.

As many as 1,495 security personnel, including Gendarmerie Special Operations forces, police and security guards, were taking part in the operation, it added.

This is Turkey’s latest push to neutralize PKK terrorists in the region, following the start of Operation Yıldırım-6 on Aug. 19.

Diyarbakır’s Lice district serves as a hub for the PKK's drug production operations. The group uses the profit to fuel its terrorist activities.

Millions of cannabis plants have been seized in the area by Turkish security forces.

Özer was in the orange category of the Interior Ministry’s wanted list.