Women from 81 provinces walk to support victims of terrorism 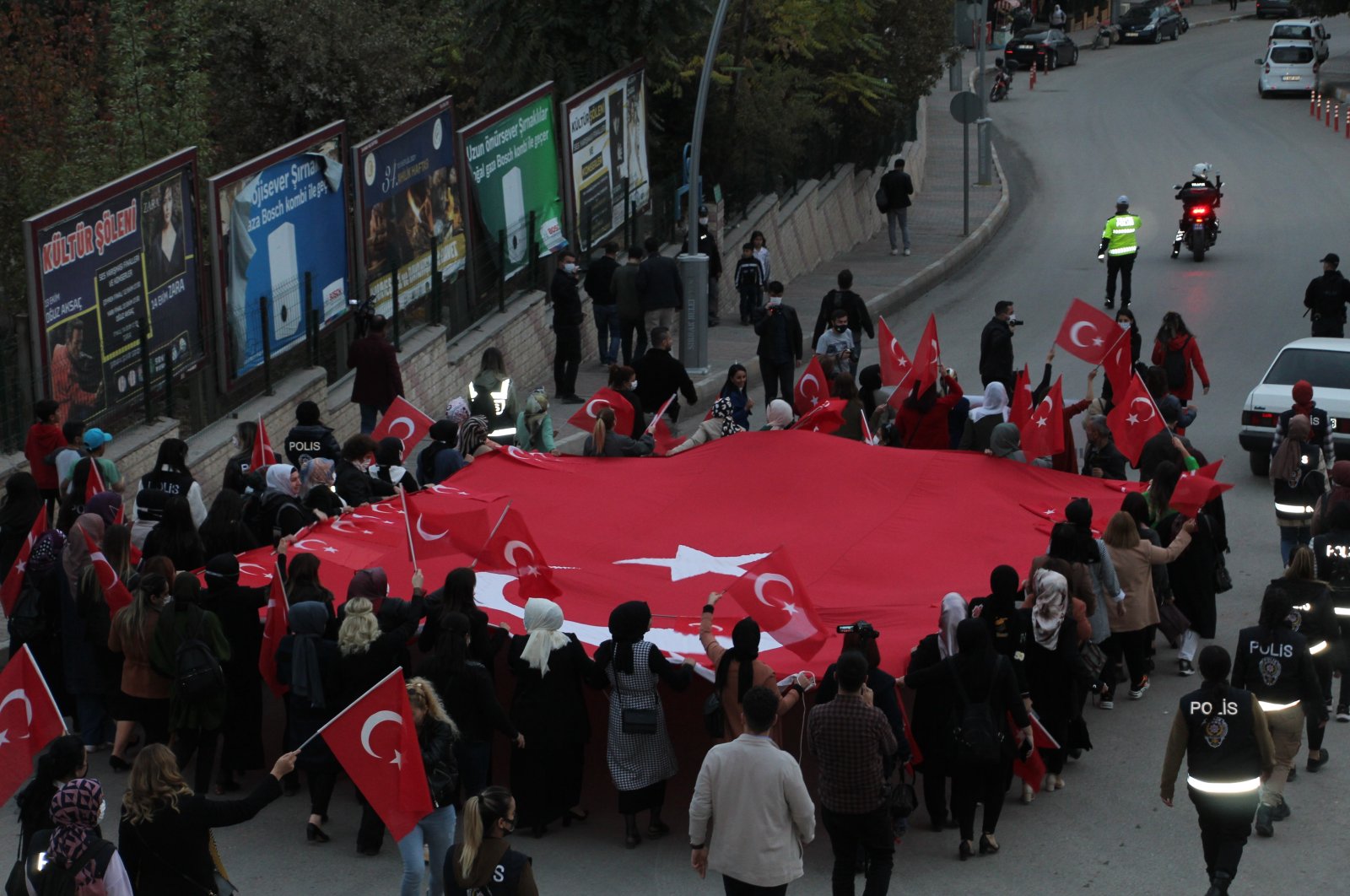 Women from 81 provinces gathered in eastern Şırnak province on Thursday to support families that are victims of terrorism and to fight for the return of their children from the claws of terrorist organizations.

The group of women, supported by the Interior Ministry, gathered at the Cumhuriyet Square in Şırnak. The group voiced slogans against the terrorist organization with Turkish flags in their hand.

Hatice Atan, head of an association supporting the protesting women, said that the protest was organized to support mothers whose children have been abducted by the PKK.

Civilian movements against the PKK have grown in recent years with many families staging demonstrations or walks in several provinces inspired by the Diyarbakır protests.

Most recently, one more family has joined the ongoing protests against the PKK’s activities in front of the Peoples' Democratic Party (HDP) headquarters in southeastern Diyarbakır.

Families that have been protesting for 787 days now, continue to wait for their children well into the night, holding the photos of their sons or daughters who have either been deceived or abducted by the terrorist group.

Since then, the number of families demanding the return of their children who they say were deceived or kidnapped by the terrorist group has been gradually growing.

The families have not given up their posts despite difficult conditions, at times being threatened or ridiculed by HDP officials and those with links to the PKK terrorist organization. The protest continued despite the coronavirus pandemic, with the families taking the necessary precautions.