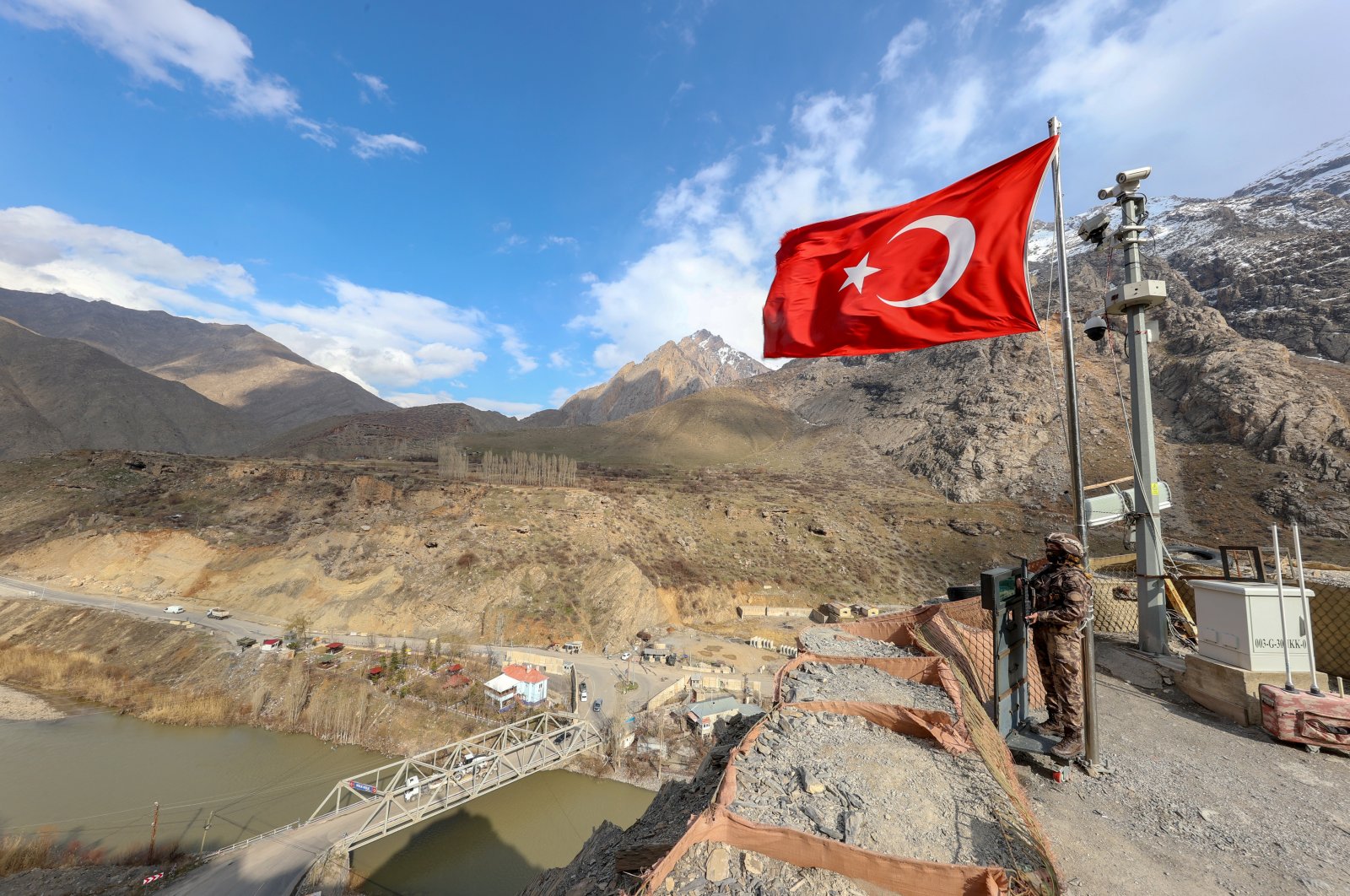 Three terrorists belonging to the Syrian branch of the PKK, the YPG, in possession of $2 million (around TL 15 million) were arrested in northern Syria on Saturday.

The terrorists were gathering intelligence about the security forces deployed in the region for the terror group, said Turkish security sources, requesting anonymity due to restrictions on speaking to the media.

They were arrested in the town of al-Rai (Çobanbey) in an operation by gendarmerie forces from Turkey's Kilis province, said the sources.

The $2 million found in their possession was meant to be delivered to the terror group in Syria's Manbij region, the sources added.

In another operation, a YPG was also captured on Sunday while trying to illegally enter Turkey, Turkish security sources said.

The terrorist was hiding within a group of 7 other people in the town of Akçakale in the southeastern Şanlırufa province near the Syrian border.

At least 4 kilograms (8.8 pounds) of explosives found in the terrorist's bag were seized and safely destroyed by security forces. The other seven suspects are under investigation.

Since 2016, Turkey has launched a trio of successful anti-terror operations across its border in northern Syria to prevent the formation of a terror corridor and enable the peaceful settlement of residents, titled: Euphrates Shield (2016), Olive Branch (2018) and Peace Spring (2019).

In its more than 40-year terror campaign against Turkey, the PKK, listed as a terrorist organization by Turkey, the U.S. and the EU, has been responsible for the deaths of at least 40,000 people, including women, children and infants. The YPG is the PKK's Syrian offshoot.