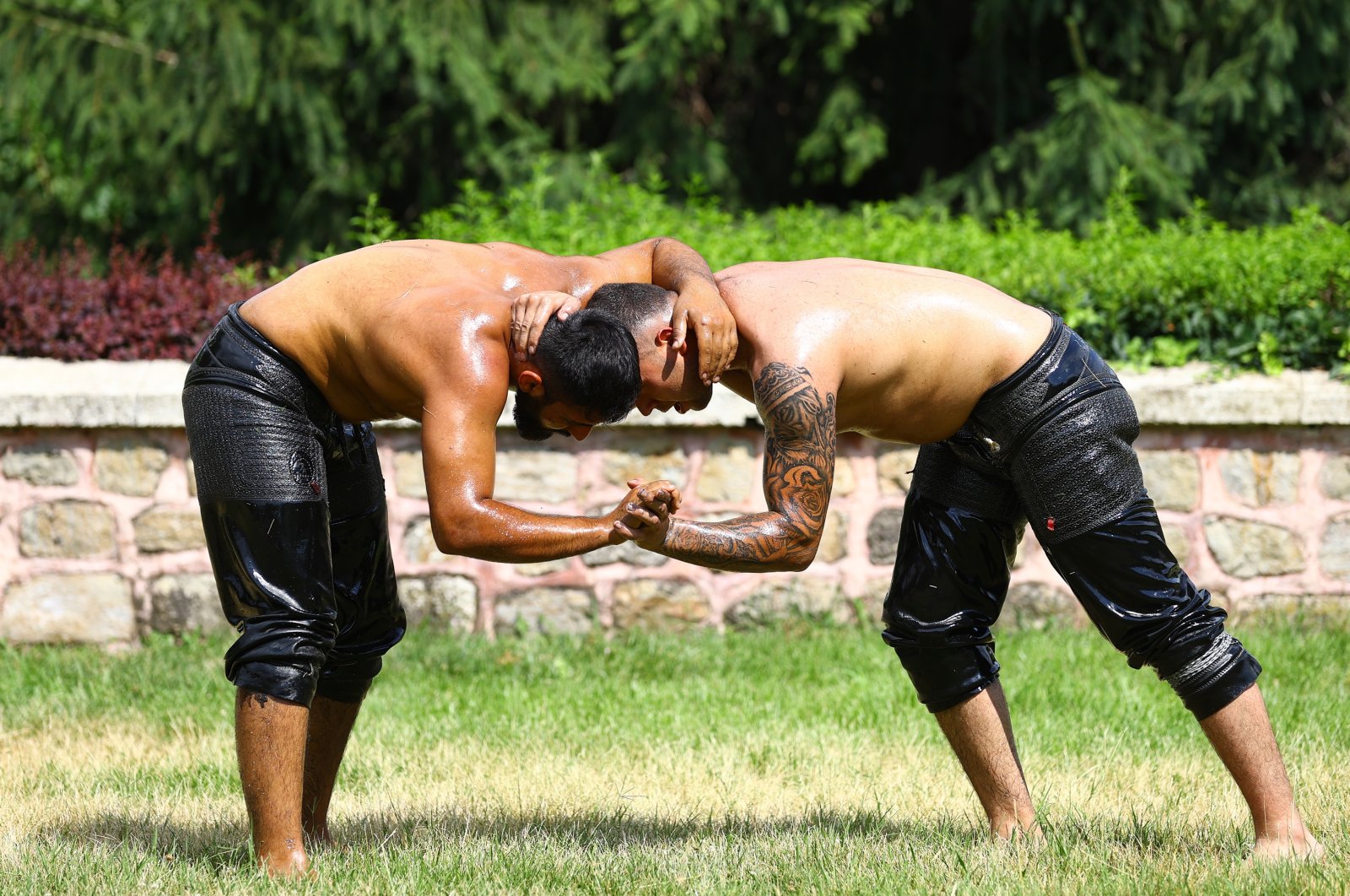 Turkey’s 660th Kırkpınar Oil Wrestling Festival is set to start in the country's northwestern Edirne province on Friday, continuing the tradition as the oldest competition of its kind in the world.

About 3,000 wrestlers will participate at a field in Sarayici, one of Edirne’s most crucial recreational sites. Thousands of fans from different age groups, cultures and regions visit every year to see wrestlers competing for the golden belt and the coveted title of "baş pehlivan," or "chief wrestler."

The wrestlers from the southern Mediterranean coastal city of Antalya have dominated the festival in the last 10 years – excluding 2014 and 2016, when Fatih Atli from the northern Samsun province and Recep Kara from the Black Sea province Ordu claimed the titles, respectively.

A fan favorite, two-time chief wrestler Ismail Balaban from Antalya will not take part in this year’s festival, saying that he is not ready. "There is also the risk of injury if I wrestle. I don't want to disappoint spectators either. I will not be able to participate in Kırkpınar this year, " he told Anadolu Agency (AA).

Balaban, 33, recently participated in Turkey's popular reality competition show "Survivor" held in the Dominican Republic from January to June, and won the 2021 title.

Traditional oil wrestling involves the wrestlers wearing leather pants, known as "kıspet," secured with a rope at the waist. Doused in olive oil, the shirtless wrestlers try to take down their opponents on a grass arena where Ottoman troops are once believed to have trained. For three days, wrestlers of all ages and weights will compete for the ultimate prize: a golden belt. A win requires one wrestler to put his rival's back on the ground, but it is a tricky affair with both men are covered in olive oil, making it almost impossible to get a good grip on the rival.

According to the Ministry of Culture and Tourism, Kırkpınar traces its history to the 14th century. Legend has it that 40 soldiers deployed for the conquest of the modern-day Trakya region where Edirne is located often engaged in oil wrestling for training and as a pastime. Two brothers among the soldiers were so fixated on defeating each other, they wrestled for hours and died on the spot, the legend says, and their burial site is where the present-day contest is held.

In recognition of its historical and cultural significance, the three-day event was added to UNESCO’s Representative List of the Intangible Cultural Heritage of Humanity in 2010.