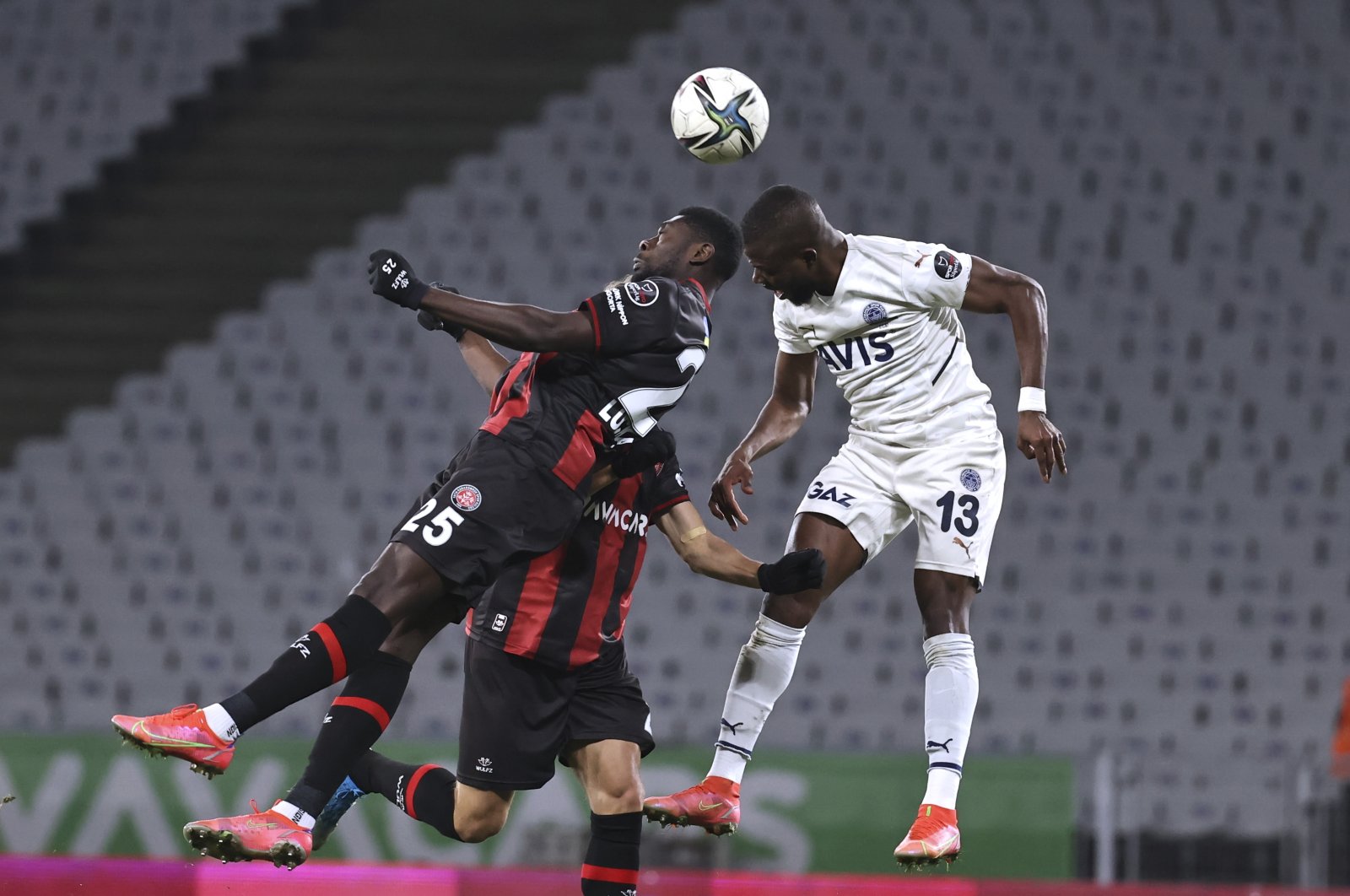 When everyone thought Fenerbahçe’s season couldn’t get any worse, a nine-man Fatih Karagümrük held the hapless Istanbul side to a 1-1 stalemate Wednesday.

The minnow, however, had started the match on a high note. Serbian Aleksandar Pesic defeated the offside trap with a great timed run and scored from a one-on-one situation with goalkeeper Berke Özer in the 31st minute. Ahmed Musa made the assist at Karagümrük’s home the Atatürk Olympic Stadium.

However, Fenerbahçe responded just nine minutes later when it was awarded a penalty following a handball by Burak Bekaroğlu, who was also shown a red card.

Bekaroğlu's teammate Caner Erkin, another former Fener veteran, was then also sent off after he argued with the referee and Karagümrük were reduced to nine men.

Mesut Özil converted from the spot to score in three consecutive league matches for the first time in his career, making the score 1-1.

Fenerbahçe dominated the second half and came close to scoring on several occasions, but eventually failed to break the deadlock.

With the draw, Fenerbahçe is now winless in its last three Süper Lig matches.

The Yellow Canaries are currently fourth in the table with 29 points.

Karagümrük, on the other hand, also parted ways with coach Francesco Farioli after a series of defeats. It is now ninth in the league with 26 points.